How difficult would it be to repeal the Second Amendment?

Retired Supreme Court Justice John Paul Stevens called for the repeal of the Second Amendment on Tuesday, wading into the charged political debate over gun control that was reignited by several mass shootings in recent months.

It’s a familiar appeal from the 97-year old jurist, who was named to the bench by President Gerald Ford in 1975 and retired in 2010. But Stevens renewed his plea in an op-ed in the New York Times, three days after activists staged massive gun control demonstrations in Washington, D.C., and in other cities around the country and world over the weekend. Stevens praised the protesters for demanding reforms to current gun laws, but said they should go further.

“The demonstrators should seek more effective and more lasting reform. They should demand a repeal of the Second Amendment,” Stevens wrote.

Repealing the amendment, Stevens said, would effectively overturn the controversial 2008 Supreme Court ruling D.C. v. Heller, which found that the Second Amendment protected “an individual right to possess a firearm” for the purpose of self-defense.

In his op-ed, Stevens, who dissented in the 5-4 decision, wrote that the ruling gave the National Rifle Association “a propaganda weapon of immense power.”

He added: “Overturning that decision via a constitutional amendment to get rid of the Second Amendment would be simple and would do more to weaken the NRA’s ability to stymie legislative debate and block constructive gun control legislation than any other available option.”

So, what would the process of repealing the Second Amendment actually look like?

For starters, it would require the ratification of another amendment. This isn’t an easy step, but it’s been done before: After the U.S. prohibited alcohol sales in the 18th Amendment, the country later repealed the controversial amendment about a decade and a half later, with the 21st amendment. 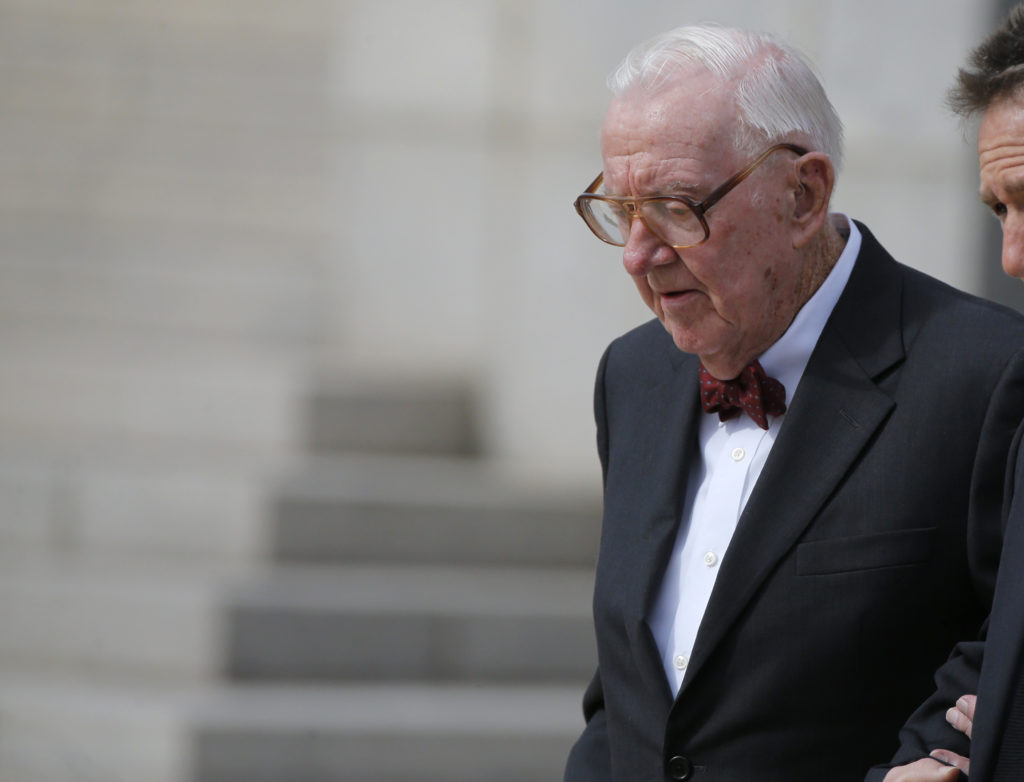 There are two pathways for proposing another amendment. In the first scenario, Congress proposes an amendment with a two-thirds majority vote in the House and Senate.

The other option is for two-thirds of state legislatures — that’s 34 states — to call a constitutional convention. In both scenarios, three-fourths of the states — 38 states — would have to give their stamp of approval to ratify the proposed amendment.

So far, however, none of the 27 amendments to the Constitution have come out of the constitutional convention process. And remember in its 223-year lifespan, the Constitution has been amended only 27 times. The last amendment, concerning U.S. legislators’ salaries, was ratified in 1992.

The social media reaction to Stevens’ suggestion was swift.

Some scholars noted that Stevens’ op-ed could be counterproductive to legislative efforts to regulate guns, which would have broader public support than repealing the Second Amendment. While only about a fifth of Americans support repealing the Second Amendment, according to a February Economist/YouGov poll, about 60 percent of those polled said they favored stricter gun laws.

“To frame it as we can only have gun regulations if we repeal the #2Amendment” is not only wrong as a matter of constitutional text & history but also sets the movement up for failure,” the legal expert Elizabeth Wydra tweeted.

Josh Chafetz, a professor at Cornell Law School, said that Democrats could focus their energy instead on winning back the White House and Senate. Then, they could “appoint judges who share Stevens’s views and who will therefore narrow and eventually overturn Heller,” Chafetz wrote in a tweet. .

Stevens’ arguments is evidence that “the gun-control lobby is no longer distancing themselves from the radical idea of repealing the Second Amendment and banning all firearms,” Cox said.