‘Abandoned by everyone else,’ neighbors are banding together during the pandemic

When a deadly winter storm this February left more than four million people in Texas without power, nearly 15 million without clean water, and 111 people killed, Secunda Joseph sought refuge in her cousin’s Houston home. Joseph was unable to make phone calls, but was still receiving text messages from community members reaching out to the community-organized hotline she helps manage, for assistance.

Emergency services were overwhelmed. So were grocery stories and gas stations — if people could actually reach them. Home and utility damage was rampant, and estimates for repairs stretched out months. Joseph wanted to help, but her car had been frozen over in the storm and wouldn’t start. Wasting no time, fellow organizer Josie Pickens picked her up so they could drive to distribution sites around the city to get a sense of what resources were available and how many people were in need of aid.

The Black women-led mutual aid organization behind that hotline, BLMHTX, was “born out of a need,” Joseph said; its founding members saw there was “no one else that was going to show up or no one else who cared.” Organizers came together in 2015, galvanized by the deaths of Trayvon Martin and Michael Brown. Initially, they focused on prison and bail reform, police brutality, and activism through art and education, but after seeing aid from the government and nonprofits fail to reach many who needed it, the founders began knocking on doors and checking in with neighbors, asking what they needed. The organization became critical during the COVID-19 pandemic, when Houston began evicting people at one of the highest rates in the nation.

Mutual aid is a centuries-old practice in which communities provide support for their neighbors. Volunteers across the country who spent that past year delivering groceries to the elderly and immunocompromised, providing food and first-aid to Black Lives Matter protesters, or raising money for the nearly 10 million Americans behind on rent amid the pandemic say mutual aid has become a vital form of COVID-19 relief and fundamental to the fight against systemic racism. Along with providing resources, mutual aid networks can also offer political critiques, highlighting inequalities that community members — particularly people of color and those who are undocumented, incarcerated or experiencing homelessness — have faced for decades and over the last year, exacerbated by the pandemic.

Last spring, hundreds of local mutual aid groups sprung up across the United States in response to the COVID-19 pandemic. Some were started by experienced activists, while others were started by individuals who simply saw a need and wanted to help. 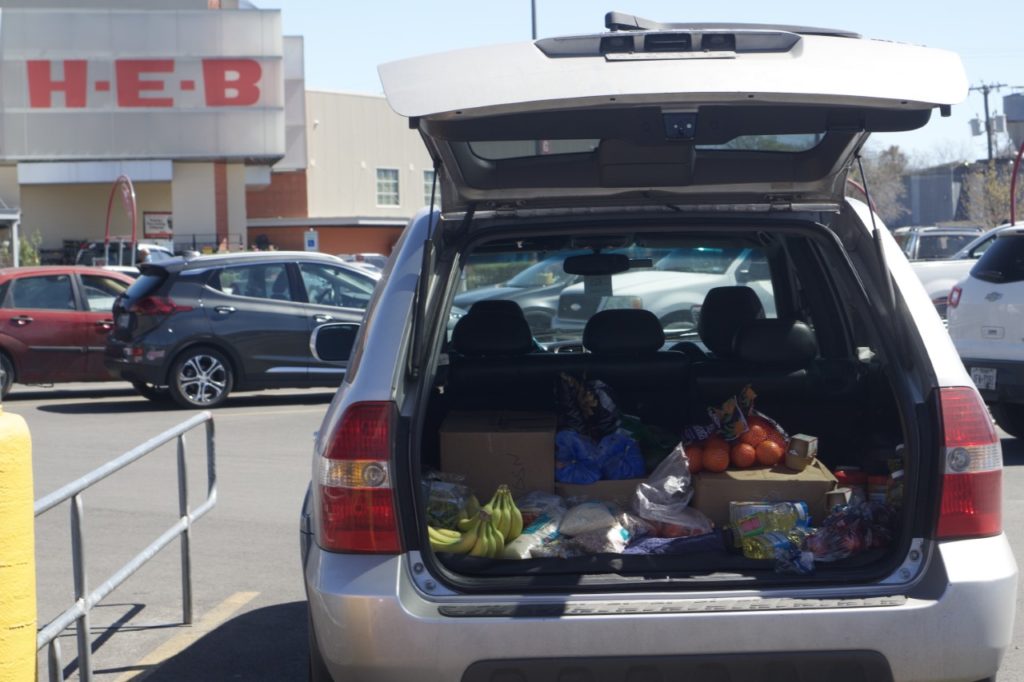 Jimmy Dunson, an organizer and volunteer coordinator of Mutual Aid Disaster Relief, a national network of these kinds of groups, said he sees the “explosion” of mutual aid as a way forward into a more just world.

“People survive things like extreme poverty and post-incarceration because of informal networks of mutual aid, and that’s the baseline for how so many survive an unjust economic system,” he said. “Whatever skills we have, we can use them to support each other’s collective well-being and survival.”

For the BLMHTX organizers, the coalition is an opportunity to bring people together in a time of crisis.

“Everyone at some point should be a part of some type of mutual aid organizing project,” said BLMHTX organizer Josie Pickens, who sees it as “the only way for marginalized folks and for poor folks to survive.”

After the Texas storm

Born and raised in Houston, Joseph and Pickens of BLMHTX have been involved in community organizing for decades. Their families, both from Louisiana, were farmers who relied on assistance from community members to escape and survive sharecropping. While 2020 was a first for many in learning about the concept and practice of mutual aid, for them it was a practice spanning generations.

As early as the late 1700s, mutual benefit societies were created by and for free Black Americans to provide health and life insurance, education and other social services. Mutual aid can take the form of financial relief, such as rent parties in Harlem during the 1920s that offered entertainment in exchange for help paying rent. It can also be support and protection to ensure people’s emotional and physical safety. For example, in 1969, transgender rights activists Sylvia Rivera and Marsha P. Johnson created the Street Transvestite Action Revolutionaries in New York to provide housing and social support to LGBTQ youth.

The Black Panthers during the late 1960s created more than 60 “survival programs” to meet the needs of community members. Their outreach included education programs, clothing giveaways, free ambulance service, free medical clinics and sickle cell anemia testing. Their Free Breakfast for School Children fed tens of thousands of children from 1969 through the 1970s, and some credit it with influencing the federal School Breakfast Program established five years later. 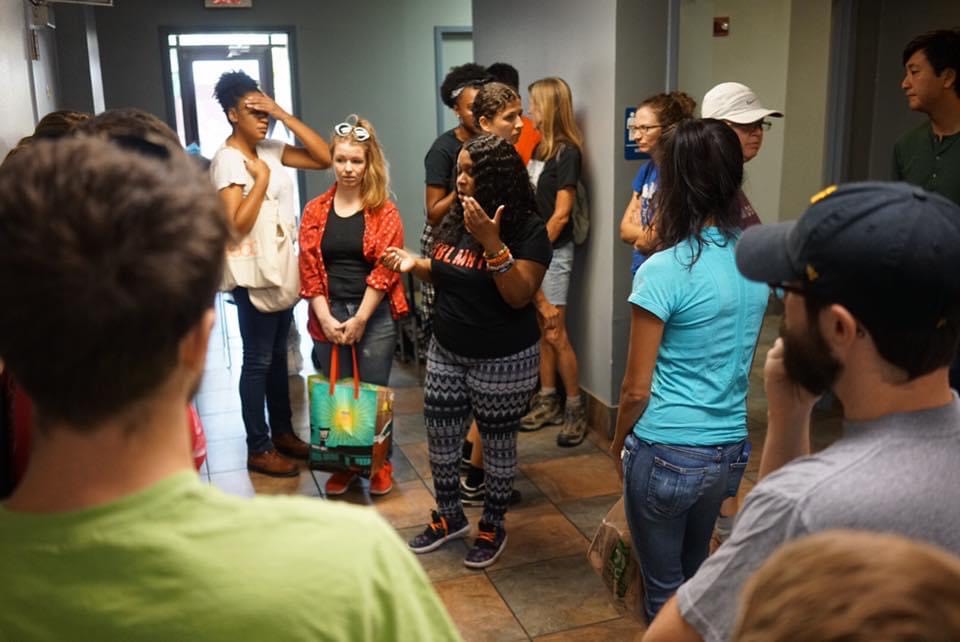 Josie Pickens organizes volunteers to aid in clean up efforts in the aftermath of Hurricane Harvey in 2017. Photo courtesy of BLMHTX

When the severe winter storm hit in February, BLMHTX worried that without mutual aid, those worst affected by the state’s infrastructure failure would be the last ones helped. They cited another disaster in expressing their concern: when Hurricane Harvey hit Texas in 2017 and flooded Northeast Houston, a predominantly Black area. Seeing that residents had “been abandoned by everyone else,” including local and state government, BLMHTX dispatched people and resources, initially via boat, to distribute aid they had collected. 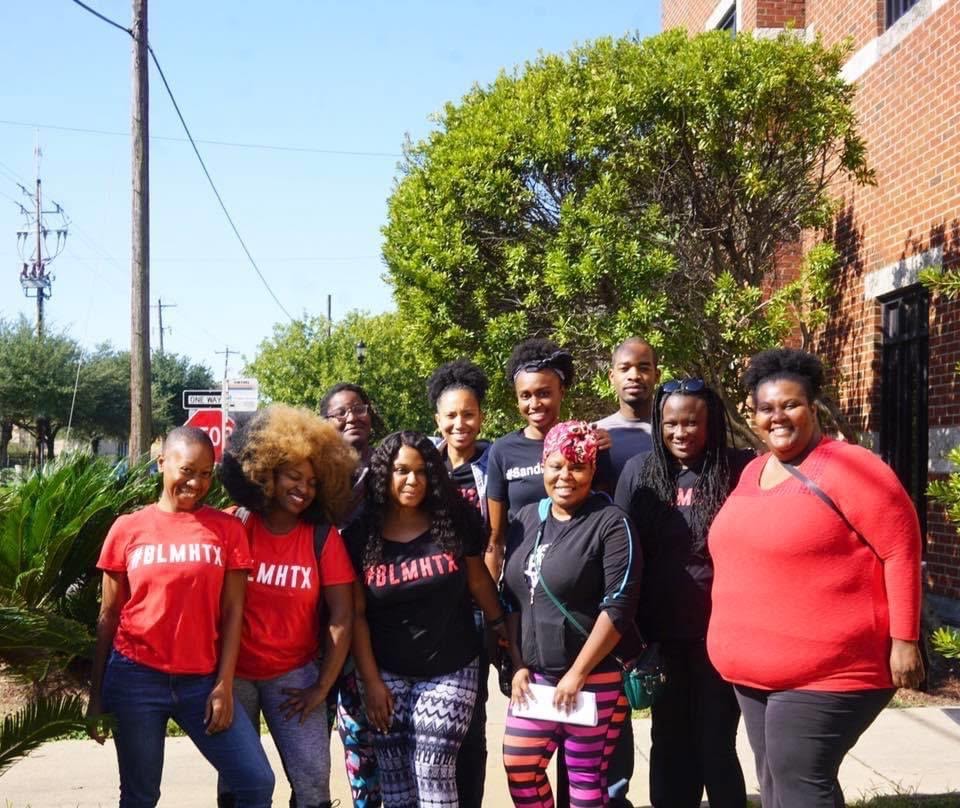 “We made a decision that we would begin to go out, to deliver and to help people clean their homes,” Joseph said. “There was nobody doing it. There was no state agency coming around.”

In February, BLMHTX began organizing to find out what people needed most and to give them direct financial assistance. The city had warned Texans to prepare for the storm by stocking up their fridge and staying inside. “There were so many people who spent their last dollar hunkering down for the storm and then lost everything, hundreds of dollars of food because we didn’t have power for days,” Pickens said.

They started with those same community members they had been helping through the pandemic with rent and bail relief. Within two weeks, they had raised and given away $20,000.

While the small team of organizers normally don’t provide assistance to residents outside of the city of Houston, organizers knew small towns with no resources would be impacted the most by the Texas power grid failure. They began providing direct payments to community members and pairing them with organizations that could help them fix their homes.

For Pickens and Joseph, this type of mutual aid “takes the red tape and the humiliation” out of the process of applying for assistance, Pickens said. It also gives people the freedom to buy what they need.

To receive government assistance, “you basically have to jump through all these hoops to prove that you are in enough need or are poor enough in order to gain access,” said Pickens. “We are trying to allow people to have dignity as they recover.”

Other mutual aid organizations sprouted up across Texas amid the storm fallout.

Trinity University students with Trinity Mutual Aid in San Antonio, Texas, received more than $120,000 in donations within the first week after the storm hit. The team of 10 students aged 18 to 22 delivered kits with food, water, first aid and winter coats to community members the weekend before freezing temperatures hit. Within the first two days of what would become known as the Big Freeze, Trinity Mutual Aid began working with several other organizers in San Antonio to provide further financial assistance.

Before the winter storm, the newly formed organization primarily focused on providing relief for food insecure San Antonio residents, an issue exacerbated by the pandemic that received nationwide attention last year. On the first day of the freeze, they began receiving 10 to 15 requests for assistance every five minutes. They now open the request form three days a week and cap it at 50 responses. While need has not subsided, monetary contributions have slowed dramatically.

“Plumbing issues will continue to affect people’s ability to get clean water,” first year student Harrison Hartman explained of what to expect in the months ahead. “Bills are going to pile up, either because [Texans] weren’t able to work, aren’t able to work. People are just struggling to meet their basic needs that aren’t being fulfilled.” 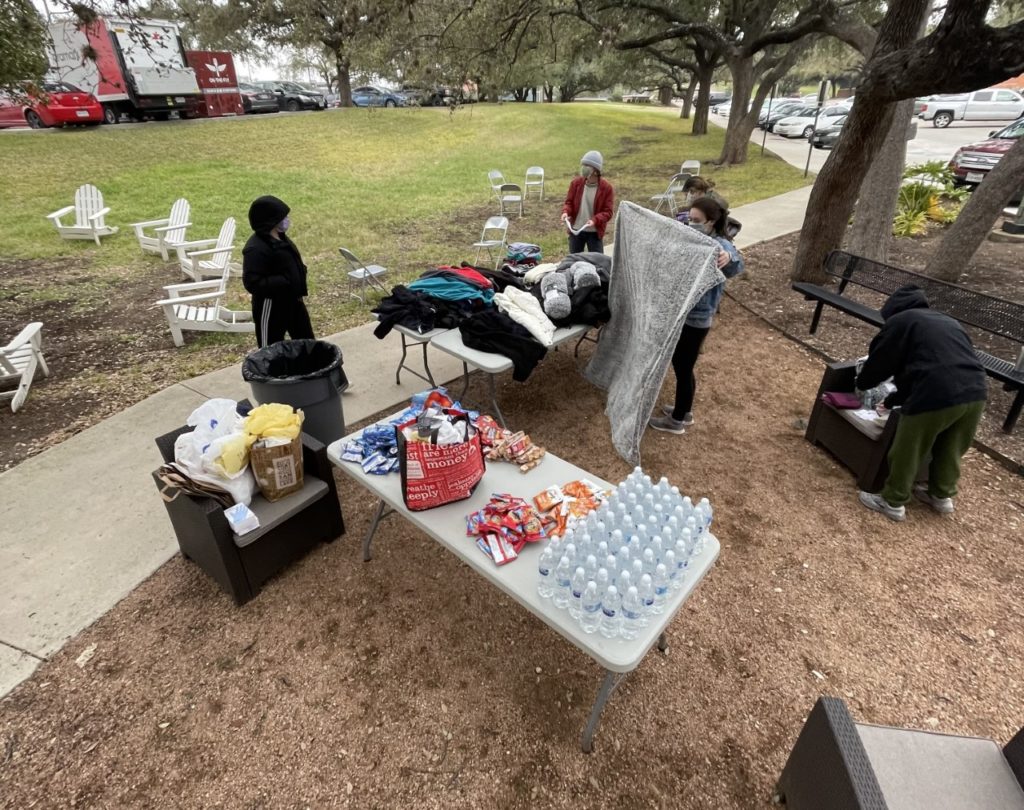 For Dunson, who has been involved in mutual aid efforts for around two decades, the onset of the pandemic has seen a “beautiful flowering of mutual aid.”

“Part of recovering from these catastrophic events is being part of a communal recovery, and so that’s what mutual aid it is all about — it’s this participatory horizontal exchange among equals,” he said.

Proponents say this equal power dynamic from one community member to another based on solidarity and understanding is what distinguishes mutual aid from charities and nonprofits, which they say often rely on a hierarchical structure.

Both Gorman and co-founder Marguerite Sheehan work full-time jobs at a nonprofit, the InterTribal Council of Arizona. During lunch-break conversations, they conceived the idea for the Desert Indigenous Collective, but they decided to keep it grassroots and separate from their nonprofit work. To Gorman, the hierarchical structure of nonprofits can cause relief efforts to become “disconnected from the communities they serve.”

Sheehan said the focus is on “people first,” using the word “relatives” to refer to anyone who requests assistance from the collective. Both Gorman and Sheehan are Diné (Navajo) and started the collective in March, at a time when a number of indigenous mutual aid networks were forming.

Earlier this year, President Joe Biden ordered emergency relief funding for the Navajo Nation, which last year suffered the highest rate of COVID-19 deaths when compared to U.S. states due to a lack of infrastructure. More than 17 percent of its population has tested positive for COVID-19 as of March 31. The structural issues in indigenous communities being highlighted by the pandemic are not new, but neither is the indigenous community’s response, filling in the gaps left by state and local governments.

“Mutual aid has always been an aspect of indigenous community care and relationality,” Gorman said. “Anybody who was your clan, they were considered your relatives…if they were struggling, if they needed any assistance, it was part of your duty to make sure that they were okay and they were cared for.”

While grocery deliveries and fundraising are fundamental services they provide their communities, the DIC founders stress that beyond that, part of the power of mutual aid comes from creating a collective space where community members are helping and healing themselves by reestablishing a cultural connection they believe has been suffocated by capitalism and colonialism.

One year ago in Seattle, a number of grassroots organizers, activists, and organizations came together to create Mutual Aid Solidarity Network Seattle’s COVID-19 Mutual Aid, one of the first networks created at the start of the pandemic. The group aimed to help people who would otherwise be left out of the government’s response and be unable or afraid to access support from nonprofits. Understanding the needs of undocumented communities in her area, organizer Rosario Lopez’s goal was to make everything as accessible as possible, so when someone comes to the pantry, Lopez says they don’t ask for an ID.

“We just ask them, ‘What is your family size?’” she said, “That’s enough for them to get help.”