How the sexual assault accusation against Kavanaugh unfolded, in one timeline

Brett Kavanaugh’s Supreme Court confirmation has been been roiled in recent days by Christine Blasey Ford’s allegation that he sexually assaulted her when they were teenagers at a party in the early 1980s.

Kavanaugh has vehemently and repeatedly denied the accusation.

Ford’s allegations have raised many questions — including about how and when they were made public. Republicans have pointed out that Democrats acted on the information just days before the Senate Judiciary Committee was slated to vote on Kavanaugh’s nomination. Democrats have stressed that Ford has spoken privately about her experience, years before Kavanaugh was nominated to the high court.

Here is what we know about the accusations, when those involved knew about them and how Washington is responding.

Alleged assault. Christine Blasey Ford says this is when she was attacked by Kavanaugh. She said his friend Mark Judge was also present. Ford was 15 and Kavanaugh was 17 at the time. See below: Kavanaugh unequivocally denied the accusation when it became public, 36 years later.

Ford’s allegations have raised many questions — including about how and when they were made public.

Bush White House. Kavanaugh works in the George W. Bush White House, first in the counsel’s office then as assistant and staff secretary to the president. He undergoes FBI background checks, triggered by his appointment to these positions. 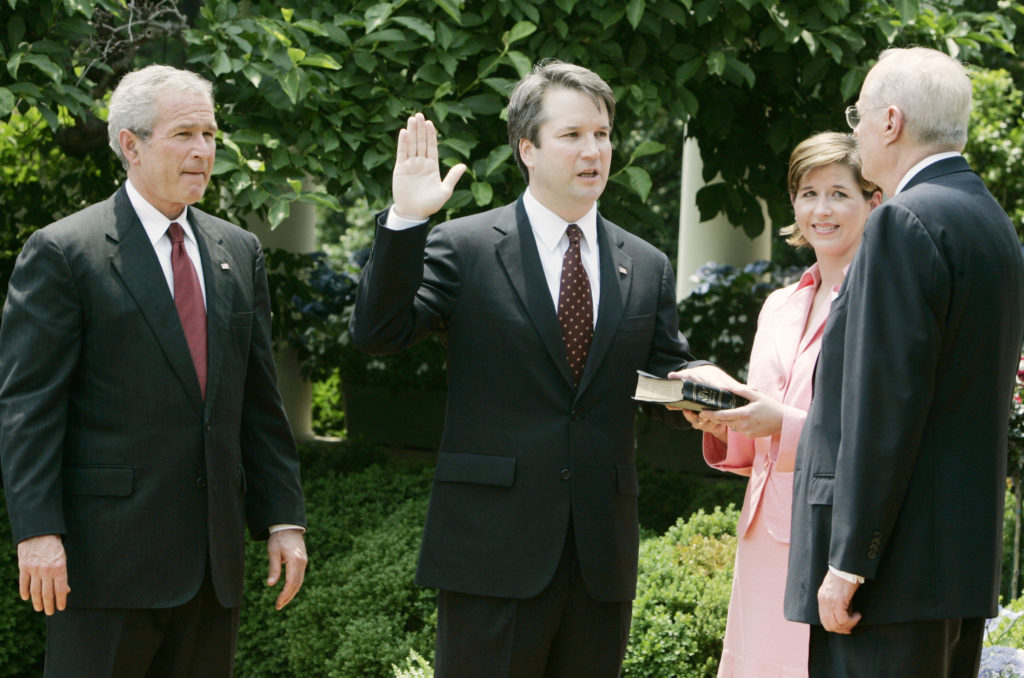 President George W. Bush watches as Brett Kavanaugh is sworn in as a judge in the U.S. Court of Appeals for the District of Columbia by Supreme Court Associate Justice Anthony Kennedy in a Rose Garden ceremony at the White House in Washington on June 1, 2006. File photo REUTERS/Larry Downing

Ford tells therapist, husband about assault. While in couples’ therapy, Ford describes being sexually assaulted by members of “an elitist boys school” who went on to become “high-ranking” in society, according to the therapist’s notes, which were made available to the Washington Post. Ford’s husband recalls her using the last name “Kavanaugh” to describe her attacker, and also that the attacker was a federal judge.

Ford again raises assault with therapist. Ford describes a “rape attempt” during her teen years while in individual therapy, according to therapist notes obtained by the Washington Post.

Ford details story to neighbor. In the wake of the #MeToo movement, Ford tells her neighbor and friend Rebecca White her story of assault, according to the Mercury News. Ford does not name Kavanaugh specifically, but said she feared being attacked if she went public.

Supreme Court Justice Anthony Kennedy announces his retirement. Kavanaugh is instantly discussed as a top contender to replace him.

Ford reaches out to someone she describes as a ‘local government representative’ with her story about Kavanaugh.

Ford contacts an official and Washington Post about assault. Ford reaches out to someone she describes as a “local government representative” with her story about Kavanaugh. At some point in early July, she also contacts a Washington Post tipline.

Ford writes Feinstein. Ford writes a letter to Sen. Dianne Feinstein, D-Calif., detailing her allegations against Kavanaugh, according to a copy of the letter obtained by CNN.

Ford takes polygraph test. According to the Washington Post, which saw the results, a polygraph recommended by Ford’s attorney concludes she is truthful when summarizing her allegation. 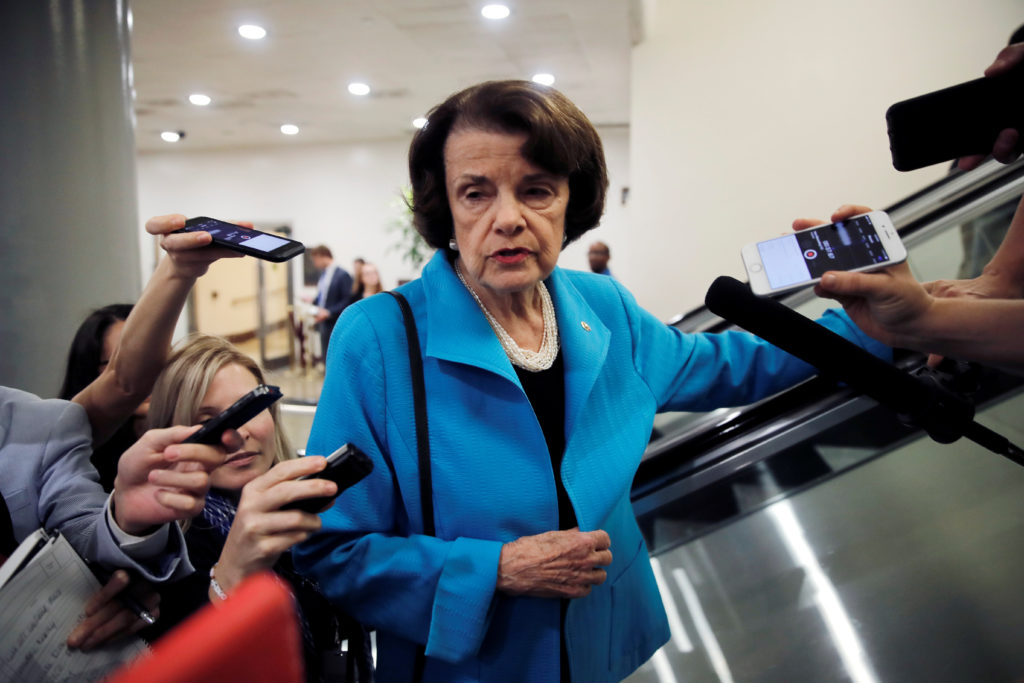 Senators hear rumors of letter. Sen. Dick Durbin, D-Ill., told the PBS NewsHour and MSNBC that another Democratic senator, not Feinstein, told him around this time that Feinstein had a letter which makes an accusation about Kavanaugh. He does not get details.

News of the letter breaks. The Intercept publishes a story indicating the existence of a secret letter which makes unspecified allegations of sexual misconduct against Kavanaugh. It reports Feinstein is not releasing it.

FBI puts letter in Kavanaugh’s background file. The agency says it received the letter in the evening and follows standard procedure by including the letter in its Kavanaugh file. The FBI does not initiate a criminal investigation, pointing to statute of limitation and jurisdiction issues.

Kavanaugh vote announced. The Judiciary Committee announces it will vote on Kavanaugh on Sept. 20.

Feinstein speaks. Feinstein releases a statement saying she received information from someone concerned about Kavanaugh’s nomination. The individual involved “strongly requested confidentiality,” Feinstein said, acknowledging she also referred the issue to the FBI.

Kavanaugh denial. In a statement, Kavanaugh unequivocally and categorically denies the allegations.

Committee delays vote, sets up new hearing. The Judiciary Committee announces a delay in the committee vote and a planned public hearing for Sept. 23, at which both Ford and Kavanaugh will testify.

Kavanaugh issues another denial. He releases a statement saying: “This is a completely false allegation. I have never done anything like what the accuser describes—to her or to anyone. Because this never happened, I had no idea who was making the accusation until she identified herself yesterday.”

Left: Brett Kavanaugh's Supreme Court nomination has been thrown into turmoil by sexual assault allegations. Republicans and Democrats have sparred about the timing of the allegations, and the way they were made public. File photo by REUTERS/Joshua Roberts