The condemnation was swift last week when the head of the Department of Veteran Affairs compared wait times to the wait for rides at a Disney theme park.

Republican Sen. Roy Blunt called for Robert McDonald’s resignation, adding that the secretary’s comments were “right out of Never-never Land.” Other politicians dog-piled on the criticism, including House Speaker Paul Ryan, who called the secretary’s remarks “disgusting and beyond the pale.”

McDonald soon apologized for his comments, which appeared flippant since he had replaced the previous secretary two years ago amid scandal. Then-Veteran Affairs Secretary Eric Shinseki resigned after reports revealed that as many as 40 patients had died waiting for medical care at a Phoenix VA hospital.

When the PBS NewsHour reached out to veterans on Facebook about their own reactions to McDonald’s comments, several of them dismissed the secretary’s remarks as ill-advised. But veterans also took the opportunity to focus less on the finger-pointing and opted, instead, for a renewed call to reconcile the department’s troubled history.

The VA needs a shake-up.

As advocate for veterans in southwest Colorado, Mike Hayward listed several ways on Facebook in which the VA’s problems with wait times and backlog were compounded for people in rural areas. 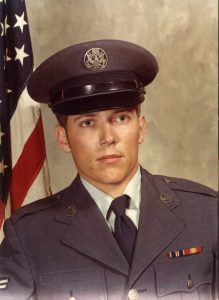 Hayward, 62, said his advocacy began when he joined the Veterans for Veterans group in Archuleta County, Colorado. He has since left the group and joined the statewide efforts of Colorado Serves, all in a bid to provide assistance to veterans in getting medical care either through the VA or outside the organization. Hayward served in the Air Force from 1973 to 1979.

A sticking point in the VA’s overhaul since Shinseki’s exit in 2014 has been the Veterans Choice program. It was designed to allow veterans to receive federally paid care from local doctors if the VA wasn’t able to schedule an appointment within 30 days. The program was also supposed to provide relief to veterans who or lived more than 40 miles away from the closest VA facility. For many of the veterans Hayward has worked with, the closest VA clinic is 60 miles away in Durango, Colorado.

Hayward said one of the main issues he kept hearing from veterans in the area was that even if veterans get into the Choice program and finally schedule an appointment, they can’t find a specialist to address their specific medical needs.

Part of this, Hayward said, is because the VA doesn’t pay doctors outside the system on time. He attributes the problem to the added layer of bureaucracy that forces more paperwork onto non-VA providers, which makes things “clog up.”

Hayward questioned why McDonald was still in charge. “I think it’s gonna take something major to change the VA,” he said.

The VA Choice Program has “limited the veteran.” 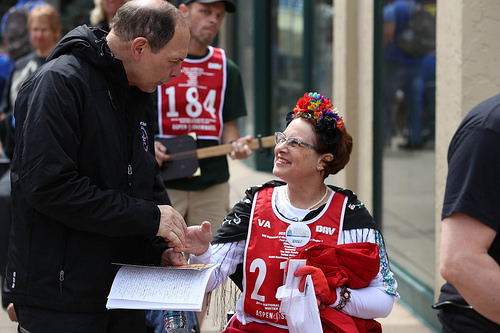 She handed him a letter that detailed the Choice Program’s “many flaws,” including a lack of providers within the system and its administrative glut. Goldy-Sanitate also presented a second letter from her acupuncturist who said the VA was slow to make payments for her services.

Goldy-Sanitate has paraplegia after she sustained a spinal cord injury during a military training exercise in 1984. She said her acupuncturist’s treatments lessened her daily pain levels and helped her to manage her post-traumatic stress disorder. But the acupuncturist noted in her letter that she didn’t want to “to join [the] ranks” of providers who have dropped out of the Choice Program after they encountered similar problems, like late payments.

“Instead of giving the veteran a choice, it has limited the veteran, as providers are not willing to join the [Choice Program] due to the mismanagement,” Goldy-Sanitate wrote in her letter.

Despite these problems, Goldy-Sanitate said eliminating the VA system is not the answer.

Amanda Wirtz, who served the U.S. Navy for six years beginning in 1997, said she was a “little shocked and surprised” by McDonald’s comments in how they downplayed the significance in waiting for medical appointments. 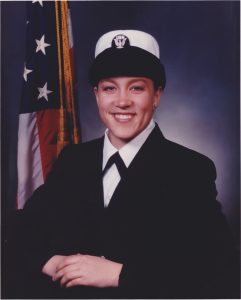 Wirtz, 37, spoke with KPBS about the difficulties of navigating the Choice Program after seeking care for chronic migraines. After trying to schedule an appointment through the Choice program, the earliest one the VA could offer was one two months away.

Wirtz told KPBS, in “January, I’m considering suicide because I’m in so much pain. I’m asking for relief, and the Choice program is giving me an appointment in March.”

Despite the complications, Wirtz told the NewsHour that she has been “really satisfied” overall with the VA’s comprehensive care in San Diego, adding that she would like to steer the conversation toward “really taking an honest look to see where the shortcomings are and to strengthen what [the VA] is already doing really well.”

“I think attacking the leaders may give some people relief,” Wirtz said. “But it’s all illusion, it’s a promise that somehow if we take the leader away or change leadership that the whole system is going to change. That’s not realistic.”

Wirtz said legislators, administrators and providers need to work toward a solution, and that’s difficult to achieve in an environment of finger pointing.

“It’s hard to do when we’re directing our attention and energy at blame,” she said.

The wait can be worth it. 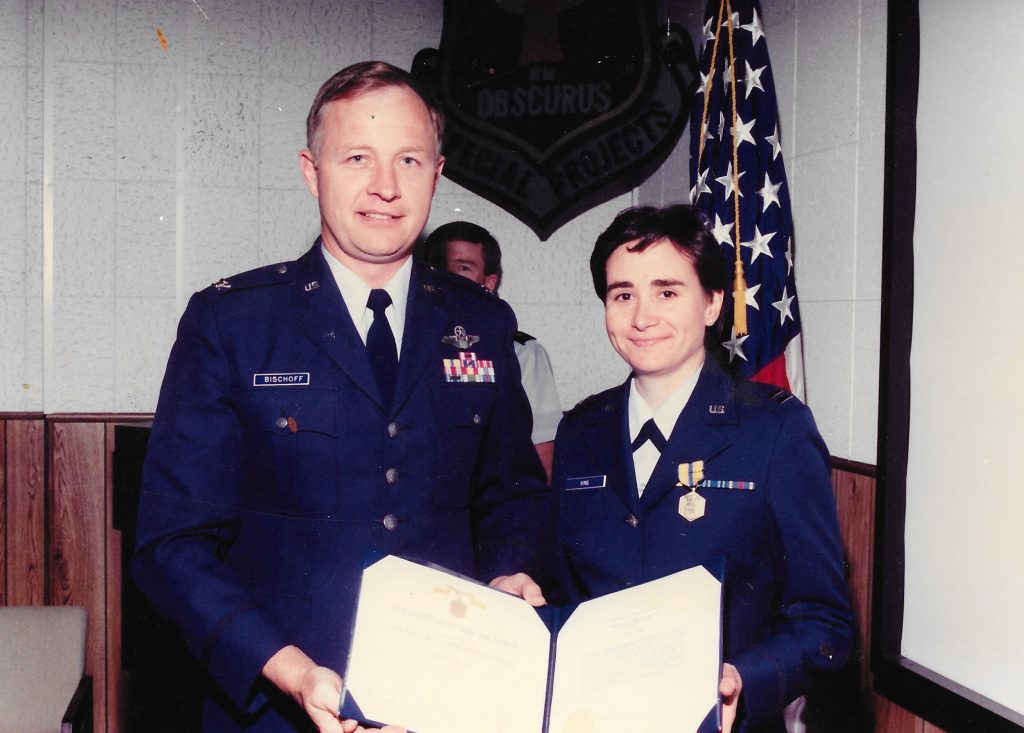 “Did the new facility get built quickly? No. Do I wish a lesser facility had been available sooner? No. So, like Secretary McDonald said, sometimes the wait is actually worth it,” Elliott, who served the Air Force from 1981 to 1991, said in response to our #AskTheVa callout on Facebook.

Elliott, 57, said this new facility and another VA center near her home in Altamonte Springs, Florida, had carved out spaces for women’s clinics, which have the feeling of a smaller community within a larger provider. These separate clinics offered a different experience for women with the patients, doctors and staff being all largely female, she said.

Elliott also said she personally believed McDonald takes his job very seriously, adding that she was hopeful the VA’s backlog would be lessened.

“I get the sense that [McDonald’s] trying to change the culture to make it more patient focused,” she said. 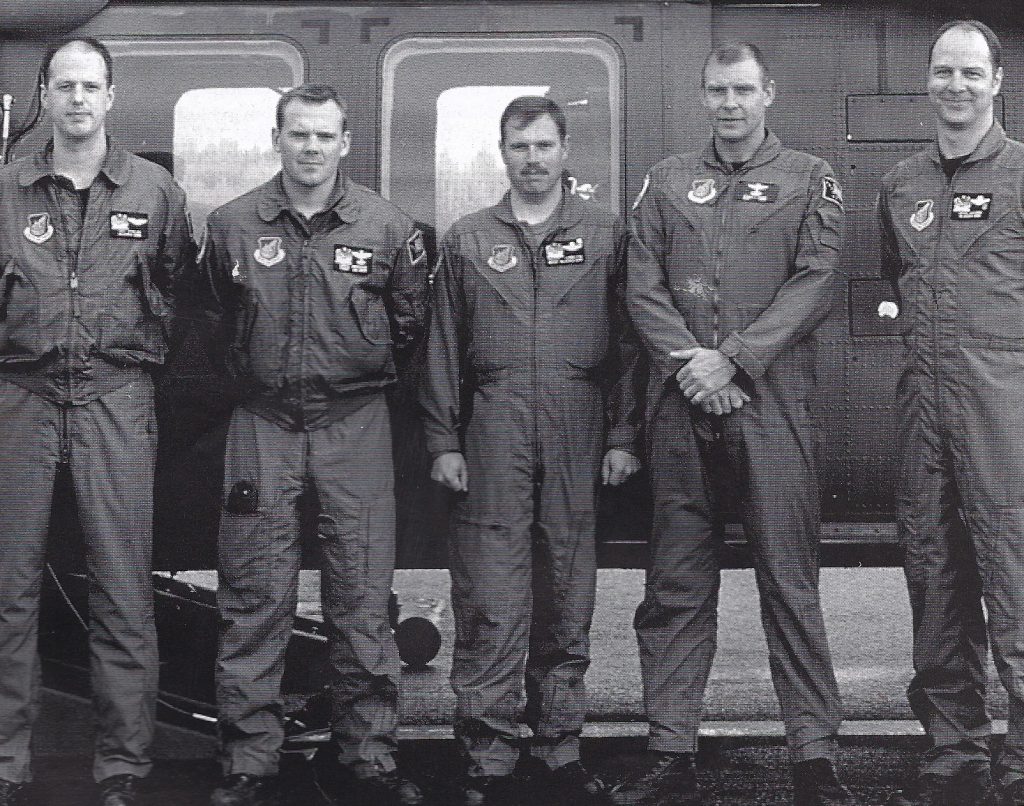 Gregory Hopkins, who served five tours in the Persian Gulf, said McDonald’s comments were “an unfortunate comparison, but by no means offensive.”

“It is easy to see why Secretary McDonald’s [comments] created such turmoil when the ‘Disneyland’ association was made,” Hopkins said in an email, “but in reading his additional ‘veteran’s satisfaction’ comment, it is quite simple to infer that he was really wanting to know if the wait time was actually satisfactory or not.”

Hopkins, 50, runs the Veterans Homestead Project, a program in southwest Colorado that aims to help combat veterans readjust to civilian life through farming tasks such as tending to livestock and tilling the ground.

Hopkins was a pararescueman for the Alaskan Air National Guard for 11 years and was diagnosed with PTSD years after he was discharged in 2002. Hopkins said his medical care with the VA has been, overall, very good. However, Hopkins said his sole dissatisfaction has been his experience with the agency’s Choice Program.

According to the latest guidelines, veterans had to live at least 40 miles away from the nearest VA medical facility to receive private medical care paid by the government, “even if that facility does not provide the care that is needed.”

Hopkins said the closest medical facility is a 25-minute drive away, but it’s limited in the services it can provide. For more comprehensive care, Hopkins said he would need to travel nearly fours hours away to reach the closest VA hospital.

“At the minimum, the 40 mile rule should be changed to read ‘VA hospital’ rather than ‘VA medical facility,'” he said, adding that such a change would allow him to use the program more often.

The issue is larger than one person.

The 65-year-old veteran, who served two years during the Vietnam War, was diagnosed with Hodgkin’s lymphoma in 1994, but he didn’t have health insurance. When he qualified for VA medical care, however, Russo received the necessary treatments to rid his body of cancer. When the cancer returned a year later, Russo said the VA was there to help. 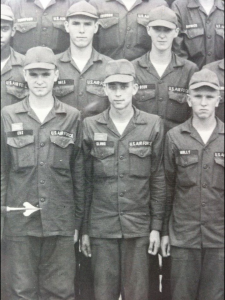 Jon Steven Russo, center, in basic training. When he served, he was known as Jon Steven Kloos, 1973.

Russo said McDonald’s comments were “insensitive and bone-headed,” but added that the VA’s problems needed to be addressed with a broad approach, beyond the responsibilities of one person.

“I just hope whatever they do that they don’t get into this partisan fighting again, trying to push blame on everybody,” he said.

And while Russo has had a “great” experience with the VA, he said there was a high turnover of doctors, a problem that caught Congress’ attention last year.

“The problem I’ve had, personally, is their changing doctors every year in the clinic,” Russo said. “This is hard to deal with. When you go to a doctor, they know you, they know your condition. [When there’s a new doctor,] you have to sit there while they read your whole medical condition.”

That aside, Russo said he continues to love the VA, even now in Santa Rosa, California, where VA doctors are treating him for three different heart conditions.

When he expressed similar sentiments on the “Vets Helping Vets” Facebook page, a group admin responded: “Consider yourself lucky Jon Russo – California has had issues … but not like other parts of the country.”