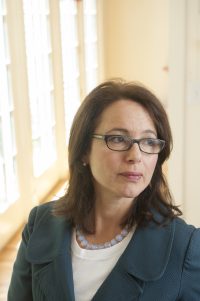 Column: How worried should you be about terrorism?

How worried should we be about the recent attacks in Minnesota, New York and New Jersey? Are we any safer since President George W. Bush promised to “win the war against terrorist activity” five days after the 9/11 strikes?

In many ways, we are. It is now much more difficult for foreign terrorists to get into the country than it was before 9/11, and there are numerous impediments to carrying out a 9/11-style attack. Our worst fears, immediately after 9/11, have not been realized. No nonstate enemy—ISIS or any other—poses an existential threat to the continued viability of our country.

Bin Laden was loathe to carry out the kind of relatively low-level attacks we’ve been seeing in the last years, such as mass shootings or stabbings at churches, workplaces, and nightclubs. Such attacks, many of which have been carried out by lone individuals or pairs with a mix of personal and ideological motives, are especially difficult for law enforcement authorities to stop, because there are fewer communications to intercept. There is a limit, though, to the damage that such self-trained individuals, lone actors, and pairs can cause. An individual or small group can terrorize a city, as recent events are making clear. But such groups are unlikely to be able to carry out a September 11–type attack, which required coordination among a large number of operatives.

It has long been observed that the things that frighten us most are often quite different from those most likely to harm us.

But ISIS has initiated a strategy of “open-source” jihad, encouraging sympathizers to carry out low-level attacks wherever they are located, using whatever weapons they can find or produce. The terrorist spectacular has been avoided. But more than 200 people died in terrorist attacks in North America and in Western Europe in 2015, a marked rise from the previous year, leading to a heightened level of anxiety in the West. Still, it is important to remember that compared with much of the rest of the world, and compared with the 9/11 attacks, these numbers are relatively small.

According to the Global Terrorism Database, attacks in the West account for less than 5 percent of terrorism around the globe. The vast majority of terrorist fatalities over the last five years occurred in just a handful of countries—Iraq, Nigeria, Afghanistan, Pakistan, and Syria—where governments are fragile or there is a civil war. Overall, global terrorism decreased in the last year. And while the recent high-profile attacks in the West have received a great deal of attention, previous terrorist campaigns in the West were significantly more lethal. During the eight-year-long war in Algeria, approximately 5,000 people were killed by terrorist campaigns in France. During the UK’s fight against the Irish Republican Army, more than 3,600 died in terrorist strikes.

We need to remember, at all times, that terrorism is a form of violent theater, played out to an audience of both sympathizers and victims

But we Americans are nonetheless afraid. It is quite difficult to live with the thought that there are people among us who would do us harm. According to the sixth, and latest, annual American Values Survey, Americans are increasingly concerned about the country’s future, anxious about terrorism, and nostalgic for an imagined, more secure past. A CNN/ORC poll, conducted soon after the shootings at a nightclub in Orlando this past June, found that 71 percent of Americans think that further acts of terrorism are very or somewhat likely in the very near future; a level of concern that is higher than at any point since March 2003, when the United States invaded Iraq. Another recent survey from June 2016 found that 41 percent of Americans believe that the terrorists are winning, an increase of 10 percentage points from 2010, six years earlier. Jihadi terrorism is among the most important issues in the upcoming presidential election, despite the fact that the risk it poses to American lives is dwarfed, for example, by lives lost to gun violence, according to a CNN tally based on data from the Centers for Disease Control and Prevention, and despite the fact that in most years, far right-wing groups kill more Americans than jihadi groups do. Unlike jihadi groups, however, these threats do not impact America’s foreign policy options.

How to explain this level of fear? It has long been observed that the things that frighten us most are often quite different from those most likely to harm us. We tend to respond to visible crises, even if the baseline rate of danger has not changed. After 9/11, terrorism suddenly rose to the top of the national agenda, although the baseline level of danger had not changed. When dangers evoke a strong sense of dread—which is elicited by the feeling that we cannot control the outcome and that all people are vulnerable—policymakers are particularly susceptible to implementing risk-reduction policies with little regard to countervailing dangers. We are especially vulnerable to the lure of lashing out at imagined enemies when we face what feels like an apocalyptic threat imposed by an enemy utterly determined to destroy us. After 9/11, our fears led to the war in Iraq, although the purported connections between the 9/11 attacks and Saddam Hussein were never established, and Colin Powell, then Secretary of State, would eventually say that the speech in which he laid out those purported links as a rationale for the war was a “blot on his record.” Ironically, that war increased terrorism in the region dramatically, and increased the kinds of sectarian tensions that led to the rise of ISIS. But it did not increase terrorism in the West.

What makes Americans feel so alarmed by terrorism, given these numbers? I have been working on the topic of terrorism since the mid-1980s. When terrorism is “available” in the way risk analysts use that term—meaning that it is in the news and in our minds—we tend to focus excessively on the topic, exaggerating its importance. This is true, even for the relatively low-level attacks that are becoming fairly common. When it is “unavailable,” as it was before 9/11, people tended to ignore what experts viewed as an obviously growing threat.

Jihadi terrorism is among the most important issues in the upcoming presidential election, despite the fact that the risk it poses to American lives is dwarfed, for example, by lives lost to gun violence.

Terrorism is once again in the news, and once again infecting our minds, due to a spike in ISIS-inspired attacks in the West, among them the most recent attacks Minnesota and in New York and New Jersey, as well as in Nice, Orlando, and San Bernadino. Compared with the 9/11 strikes, the sophistication of these strikes was low, and the death count also relatively low. But the lack of sophistication in many ways made the attacks even more frightening, making us feel that terrorists could strike at any of us, anytime, even with motor vehicles.

Terrorism is highly unlikely to go away. In some countries, it is a symptom of civil war or government weakness. In the West, it can be a reaction to military strength. Ironically, civil liberties and freedoms can make us more vulnerable. We need to remember, at all times, that terrorism is a form of violent theater, played out to an audience of both sympathizers and victims. Its purpose is to bolster the morale of its supporters and demoralize and frighten the victims and their communities. Terrorists aim to make their victims overreact in fear and dread. But to make good decisions, we need to keep the risk in perspective. If we are to prevail in the war on terrorism, we need to remember that the freedoms we aspire to come with great obligations. And these obligations involve not just fighting terrorism, but also managing our own terror.

Parts of this column appeared in an earlier blog essay in BU Today entitled, “POV: Is the War on Terrorism Really Winnable?”

Jessica Stern, research professor at Boston University’s Pardee School of Global Studies, and coauthor, with J.M. Berger, of “ISIS: The State of Terror.”