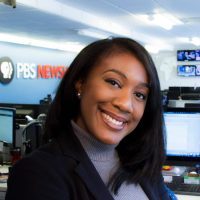 The latest in a week filled with racial tension on college campuses across the country, students at Howard University are taking precaution after an online threat from an anonymous blogger surfaced Wednesday night.

An screen shot of the threat, allegedly from the site 4chan, circulated among students Thursday. In it, the writer referenced events at the University of Missouri and threatened students at the historically black university in Washington, D.C., using racial slurs and writing that “it’s not murder if they’re black.”

Howard University President Wayne A. I. Frederick released an official statement Thursday that said officials are aware of the threat and are increasing campus security.

But students took to Twitter to express their concerns, many saying they felt worried there was not sufficient security, others saying they would avoid campus Thursday. University officials did not cancel classes, but some professors made it clear that those who did not feel comfortable on campus would not be penalized for missing the day.

Racial tensions on college campuses entered the spotlight this past week after a black graduate student at the University of Missouri began a hunger strike to protest what he called a failure by administration to address racism, sexism and homophobia on campus.

The strike, which began on Nov. 3, ended Monday with the resignation of university system President Tim Wolfe. Black college students across the nation have been speaking out and sharing their stories on social media using the hashtag #BlackonCampus. Students on the campuses of Yale University, Ithaca College, and many others have staged demostrations.

At Ithaca College in upstate New York on Wednesday, students called for the resignation of the college’s president Tim Rochon after his responses to racial insensitivity on campus. Junior Raven Fowlkes-Witten, who helped organize the demonstration, told the New York Times, “It’s students not feeling represented. It’s few faculty members of color.”

Student leaders at Howard and other historically black colleges and universities reached out with a letter of solidarity to black students at the University of Missouri. “[W]e want to uplift and encourage you all to continue to strive for justice and equality.”

Left: D.C. Metro Police patrol the front gates of Howard University on Thursday, as the campus tightens security after an online death threat was issued against students at the historically black university. Photo by Jim Watson/AFP/Getty Images