Hundreds march in solidarity in Charleston after church shooting

Hundreds gathered in Charleston, South Carolina, on Saturday for a “March for Black Lives” held in memory of those killed in last week’s shooting at Emanuel A.M.E Church. 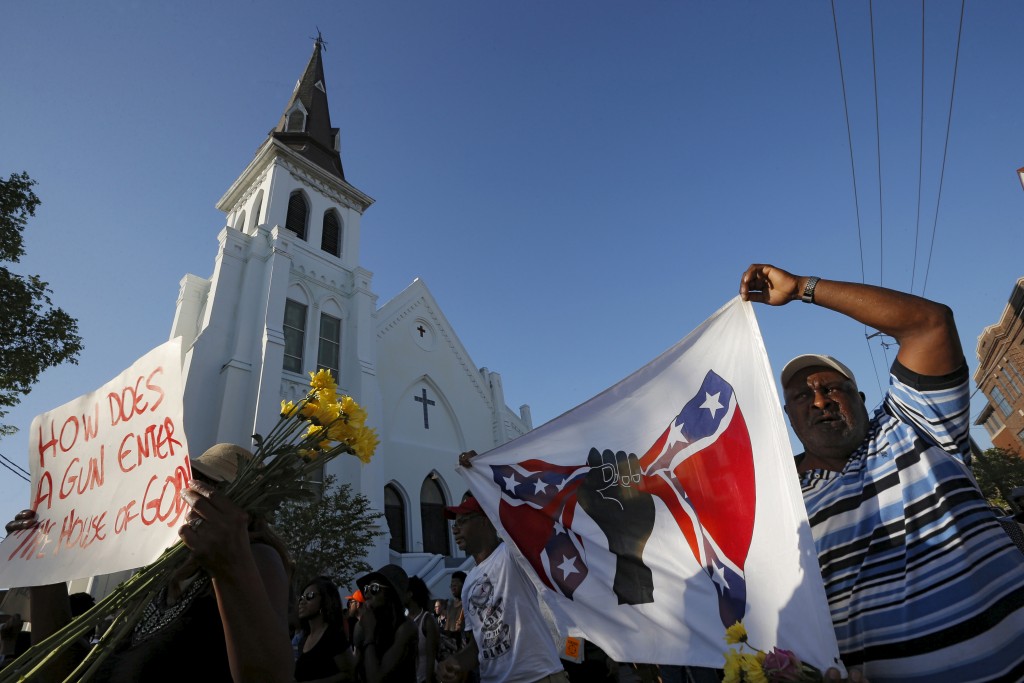 The “March for Black Lives” passes by the Emanuel African Methodist Episcopal Church in Charleston, South Carolina June 20, 2015 three days after a mass shooting left people nine dead during a bible study at the church. Photo by Brian Snyder/Reuters

A vigil was held before the march for the nine victims who were gunned down on Wednesday. 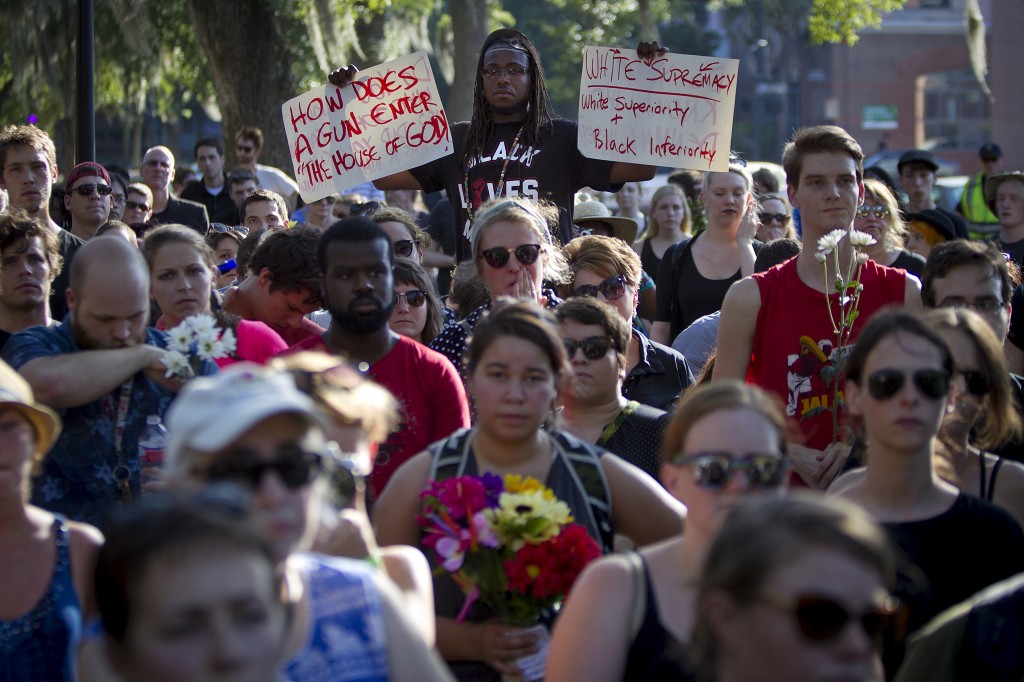 Protesters chanted “Black Lives Matter,” and “We can’t take it no more,” and held up signs that read “Still We Rise” and “Stop White Terrorism.”

Reverend Waltrina Middleton, a cousin of Rev. Middleton-Doctor, one of the shooting’s victims, was among those who participated in the march.

“My ancestors were trotted through this market, their bodies on the ground of this Meeting Street, this marketplace,” Middleton told the Associated Press. “To know the trail of blood flows from here, it flows straight to Mother Emmanuel, it breaks my heart.” 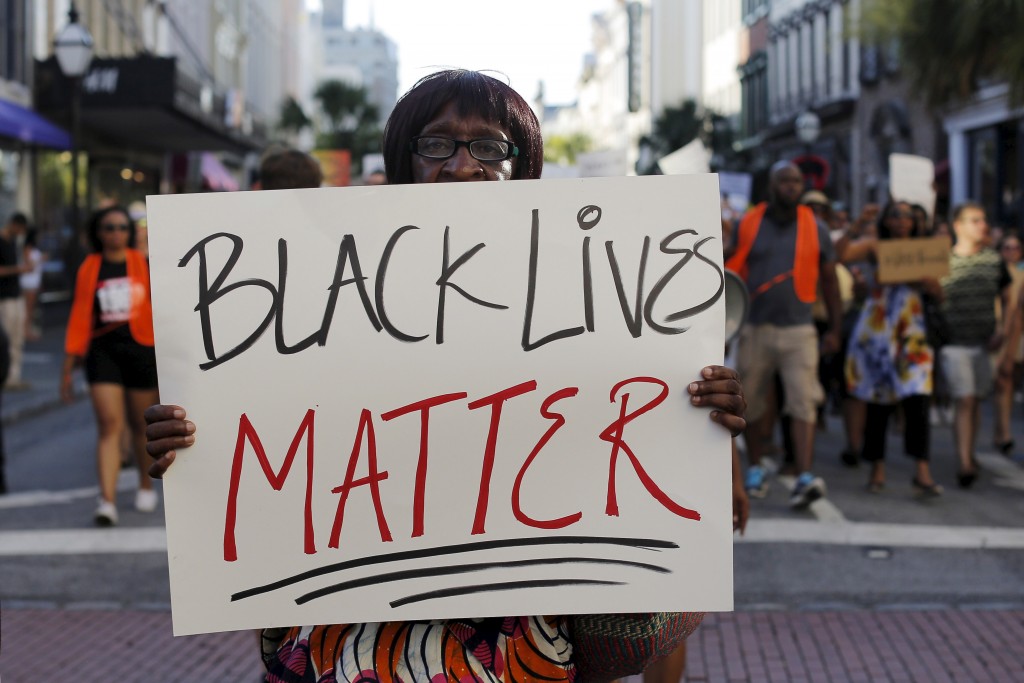 Louise Brown holds up a sign on June 20, 2015, during the “March for Black Lives” march in Charleston, S.C. Credit: Brian Snyder/Reuters

In the state capital of Columbia, hundreds of demonstrators also took to the streets on Saturday in protest of the presence of the Confederate flag that hangs by the South Carolina Statehouse, the Washington Post reported.

Many of the demonstrators said they believe the flag is an outdated symbol widening racial divisions. 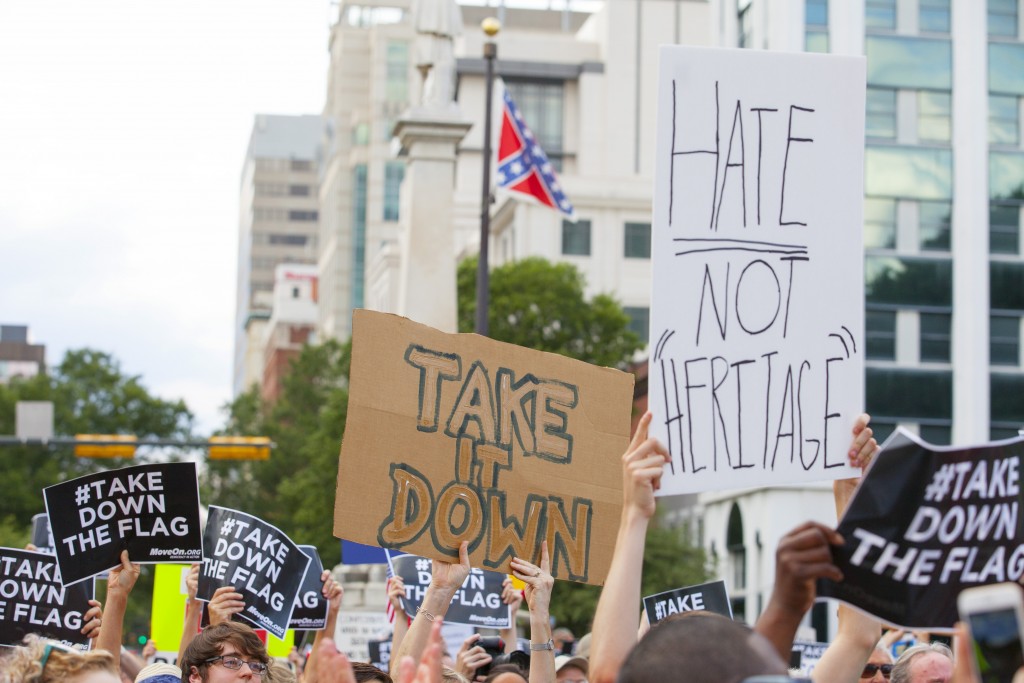 People hold signs on June 20, 2015, during a protest calling for the removal of the Confederate flag at the South Carolina State House in Columbia, S.C. Credit: Jason Miczek/Reuters

Participants chanted “take it down” and ended the rally by singing “We Shall Overcome,” according to the AP.

Left: Participants gathered for the "March for Black Lives" on June 20, 2015, near Emanuel African Methodist Episcopal Church in Charleston, S.C., where nine people were killed on Wednesday. Credit: Carlo Allegri/Reuters