Illegal crossing: See the confiscated weed at the Colorado-Nebraska border

At Sedgwick Alternative Relief, a Colorado marijuana dispensary seven miles from the state’s border with Nebraska, a handmade sign alerts potential customers to the law: It is illegal to take marijuana out of the state.

It’s a familiar warning to any customer who visits a dispensary, whether in Denver or Boulder, since the state started selling recreational marijuana just over a year ago.

But since legalization, Nebraska law enforcement across the border is busier than ever, as eastward drivers attempt to leave Colorado with their pot products. In January of this year, Nebraska authorities booked 23 possession of marijuana cases coming from Colorado.

While patrolling Interstate 76, the main artery between Colorado and Nebraska, Sheriff Adam Hayward has seen a variety of pot products enter his jurisdiction in Deuel County, which is the first county across the border.

From rolled joints to psychedelic glass pipes to edibles, like cannabis-infused gummy bears, chips and cookies, the spoils of a legal weed run in Colorado become contraband in Nebraska. 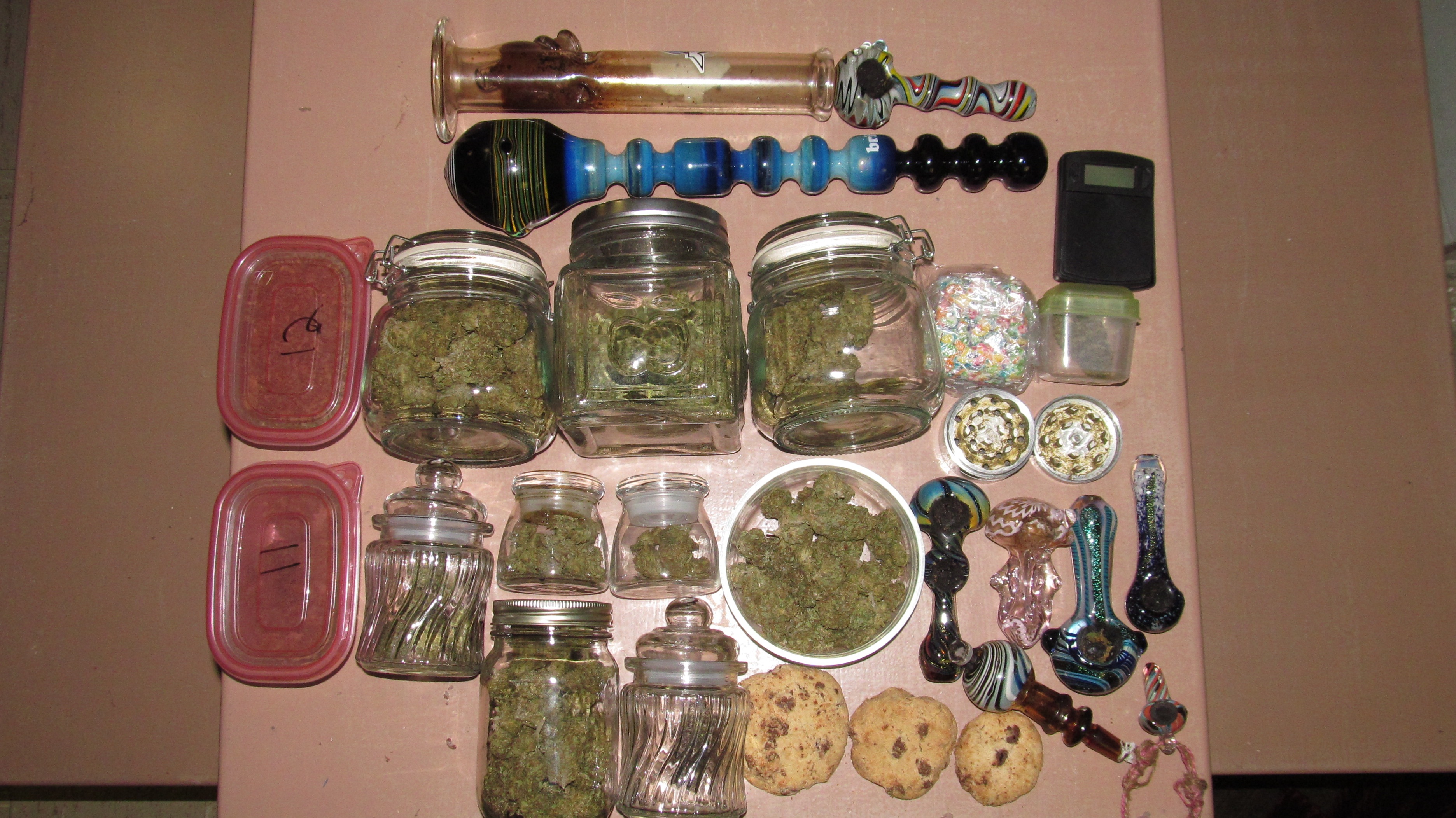 Sheriff Hayward says most drivers who are caught with weed are pulled over for basic traffic violations like speeding or failing to signal a lane change. But when he walks up to the vehicle, “the smell is just overwhelming when they roll the window down,” he said. 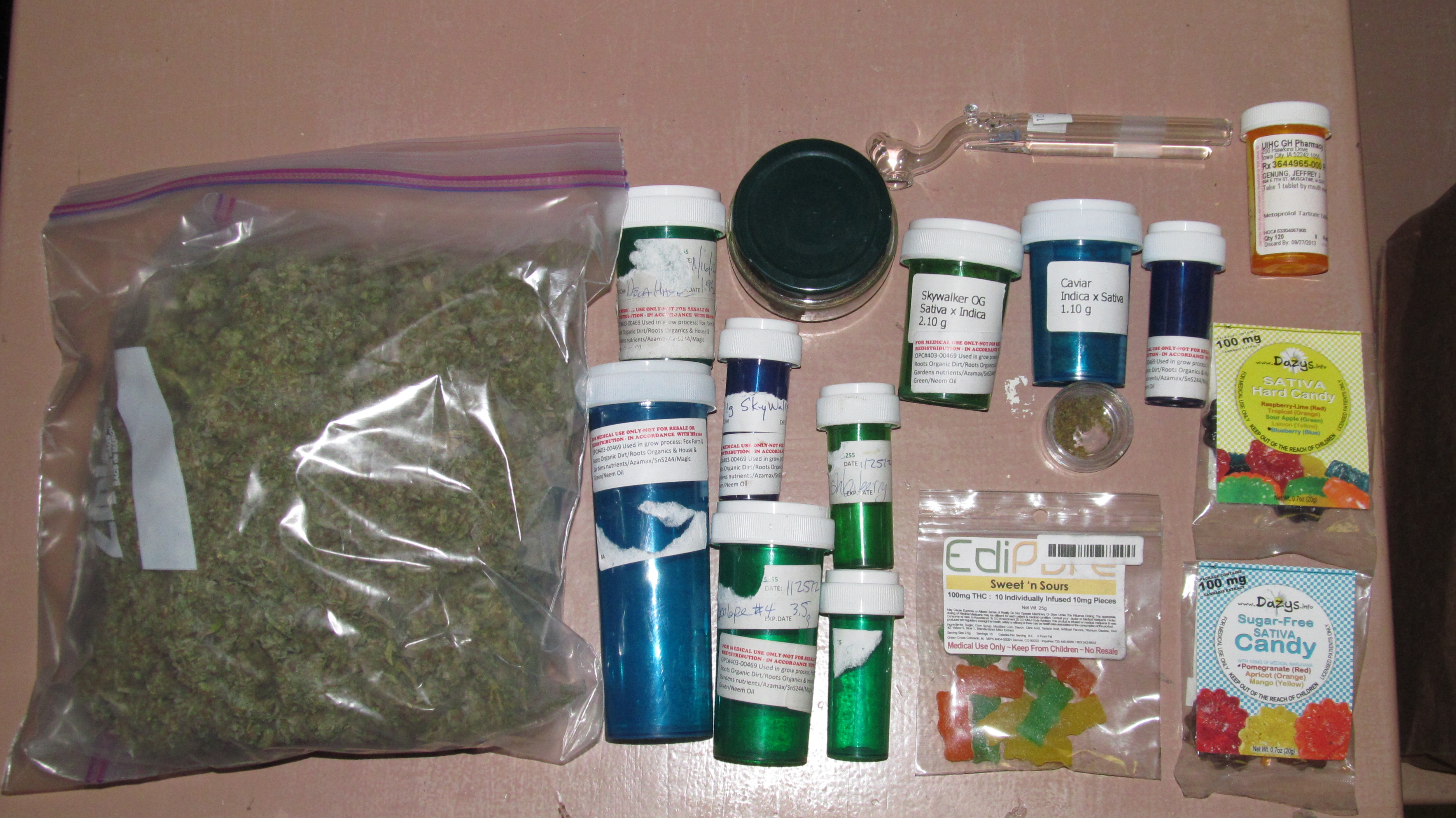 The penalties of pot possession in Nebraska depend on how much a person is carrying. Having under an ounce on a first offense is a $300 fine. Possessing more than an ounce but less than a pound is a misdemeanor with the possibly of three months of jail time, a $500 fine or both. A person is caught with more than one pound faces felony charges with a maximum of five years in prison, a $10,000 fine or both.

During a recent traffic stop, Sheriff Hayward confiscated four large plastic bags with six pounds of marijuana. The driver, who Hayward said purchased the cannabis from a Colorado dispensary and planned to sell it in Nebraska, was convicted on felony charges. 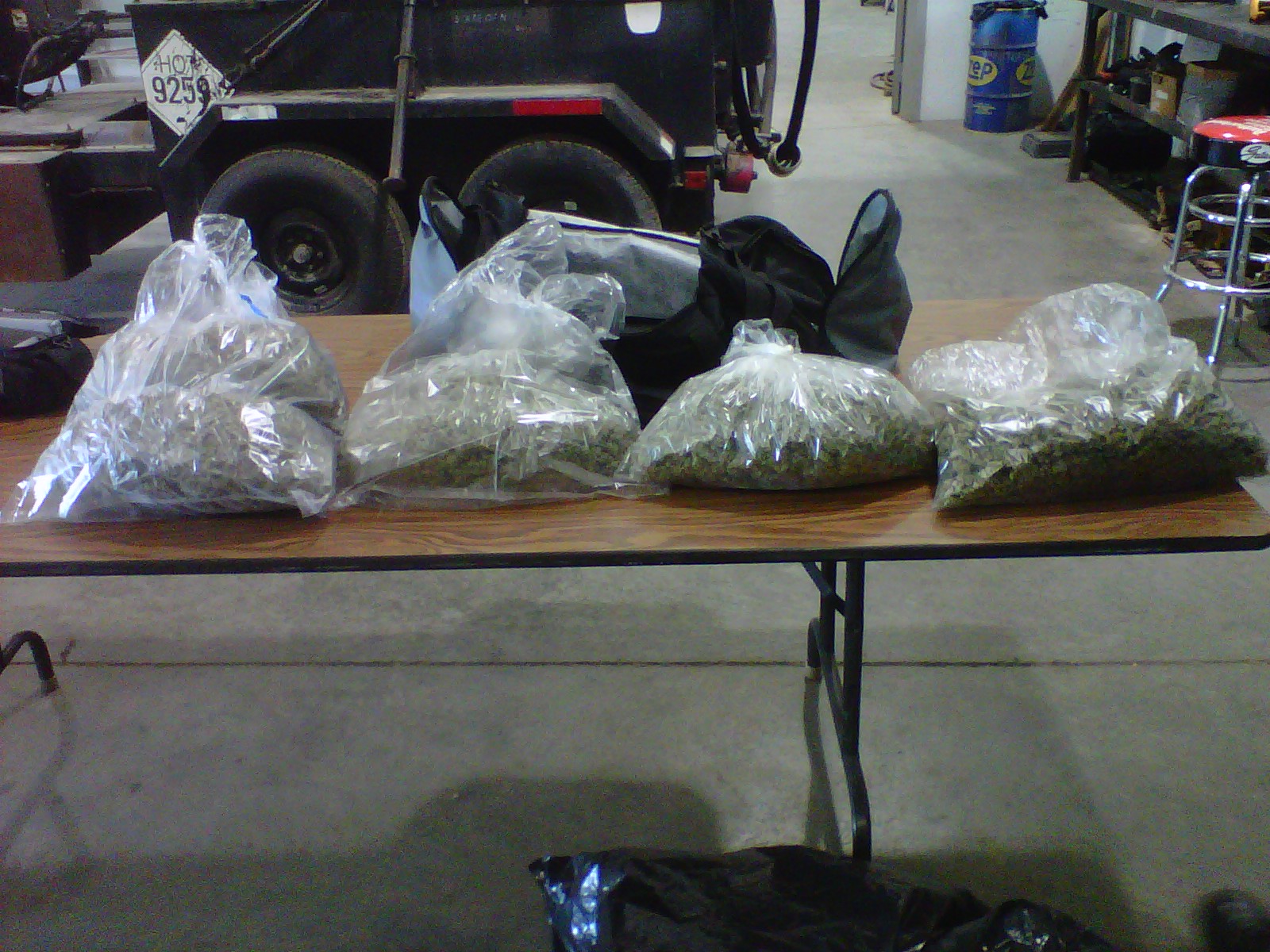 Four plastic bags with six pounds of marijuana from Colorado were confiscated on Interstate 76. Photo by Deuel County Sheriff’s Office

Sheriff Hayward says the profile of drivers caught with pot runs the gamut: teens making weekend runs to Denver; a 67-year-old grandmother; and an Iowan driving with a pound of marijuana and edibles. 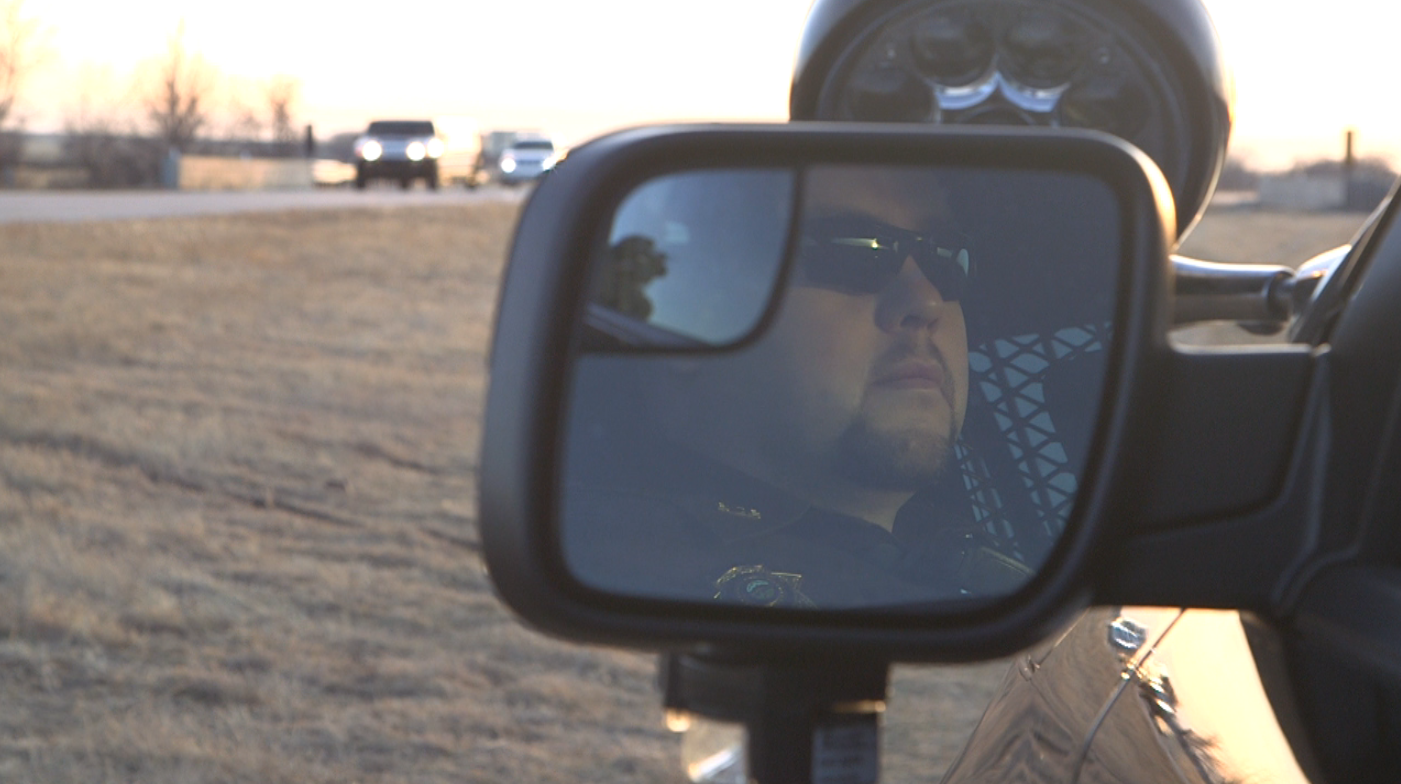 And increasingly, these drivers are being found guilty of driving under the influence of drugs, which Sheriff Hayward says is worrisome trend.

“They’re using it while they’re driving,” Sheriff Hayward said. “It’s a risk to themselves to drive that way, but it also puts the rest of the motoring public at risk if they’re on the roadway at the same time.”

Watch NewsHour Weekend’s full report on the effect of Colorado’s legalized weed on the Nebraska border below: