Illinois’ governor wants to bring back the death penalty. Does his proposal have a chance?

Illinois’ Republican governor has proposed reinstating the death penalty for adults who kill law enforcement officers, or two or more people in a single attack.

The move comes as part of a counterproposal from Gov. Bruce Rauner to a gun control bill passed by the Illinois House of Delegates in March.

The original bill, one of three on gun control passed by the Senate at the time but the only one sent to Rauner, would impose a 72-hour wait limit for the purchase of assault-style rifles.

Rauner’s counterproposal keeps that limit, but also suggests restoring capital punishment, along with:

Rauner’s version of the bill now goes back for a vote in the House and Senate, which are both controlled by Democrats. The odds that it will pass are slim. But it’s reignited debate over the death penalty in a state that abolished it seven years ago, and at a time when President Donald Trump has repeatedly echoed his support for the death penalty, particularly for those who kill police.

“We believe criminals who kill our police should get the death penalty.” – President Donald Trump

“We must end the attacks on our police and we must end them right now,” Trump said at a Tuesday event honoring law enforcement officials in Washington, D.C. “We believe criminals who kill our police should get the death penalty.”

Illinois repealed capital punishment in 2011 after a bipartisan deliberative process and vote. It’s unclear how much public support there is for reinstating the death penalty in the state. But support for the practice nationwide has fallen by more than 30 percentage points in the last 20 years, according to a survey from Pew.

Here’s what we know about what’s happening in Illinois and how it fits into the statewide and national discussion about capital punishment.

What would the new proposal mean for Illinois?

Since 1976, Illinois has executed 12 prisoners, while 21 inmates have been exonerated while sitting on death row. Between 1999 and 2011, when the state repealed the death penalty, Illinois executed just one death row inmate.

Under Rauner’s proposal, which assigns the death penalty to offenders who “deliberately kill” police officers or two or more people, as many as 10 percent of murders statewide would be eligible for capital punishment, said Robert Dunham, the executive director at the Death Penalty Information Center, a nonprofit which does not take a stance on the death penalty.

Why is Rauner pushing for this?

“We didn’t propose the death penalty lightly,” Rauner said in a statement. “We had to balance the need for safety and, in the end, we wanted to make it abundantly clear we have no tolerance for such atrocities in Illinois,” he said.

Rauner is also running for re-election this fall. Democrats and advocacy groups say his proposal is an attempt to force Democrats to choose between gun control legislation and maintaining a ban on the death penalty, while igniting his base. He faces Democratic challenger businessman J.B. Pritzker in the general election in November.

“A lot of times when we’ve seen proposals to bring back the death penalty there have been suggestions that they were more concerned with politics than with policy,” Dunham said. “This has a similar odor of politics to it,” he said.

Along with opposition from the left, some conservatives at the national level have criticized Rauner’s plan.

“We, as conservatives, think there’s no reason to bring back the death penalty in Illinois.”

Advocacy group Conservatives Concerned About the Death Penalty spoke out against Rauner’s proposal, saying it lacks the conservative principles of small government, fiscal frugality and support for life.

“We definitely disagree with the governor’s proposal and it is very much out of step with public opinion on the death penalty with the rest of the country. We, as conservatives, think there’s no reason to bring back the death penalty in Illinois,” said Heather Beaudoin, the group’s national coordinator.

Republicans in Springfield are backing the governor.

“I believe that reinstating society’s most serious penalty for the most serious of violent crimes, with the proper safeguards, is an appropriate response to the horrific violence we have witnessed far too often in recent times,” Illinois Senate Republican Leader Bill Brady said in a statement.

“The Governor’s action today recognizes the need for a multi-pronged approach to dealing with deadly assaults,” he said.

Sean Smoot, the executive director for law the enforcement organization Illinois Police Benevolent and Protective Association, said that while the group does not specifically endorse Rauner’s proposal, it supports directives aimed at increasing police safety.

“We support the notion of enhanced penalties for people who commit violence against police officers,” Smoot said. “We appreciate the fact that the governor’s amendatory veto has spurred that conversation,” he added. 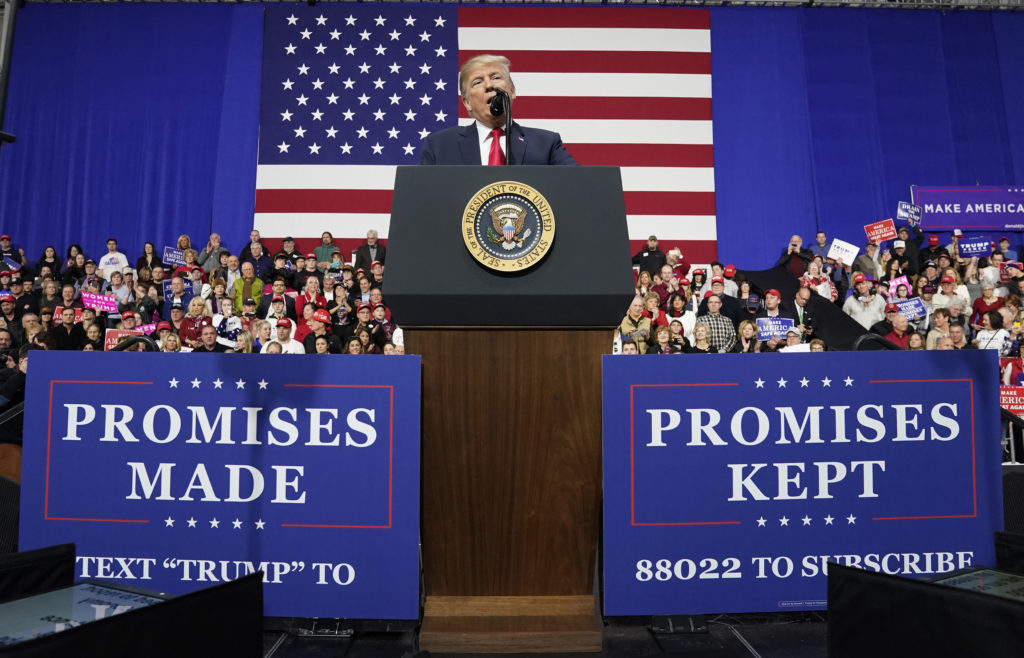 The number of executions per year — and support for capital punishment — have fallen sharply in the last 15 years.

The U.S. Supreme Court reinstated the death penalty federally in 1976, and the number of executions nationwide peaked at 98 in 1999.

The death penalty is authorized in 31 states and at the federal level, according to the National Conference of State Legislatures. It’s also an option in the military justice system, though it hasn’t been used since 1961.

This year, some 15 states introduced bills to repeal capital punishment, while bills in 10 other states sought to reinstate it.

While Rauner’s proposal is unusual — reintroducing the death penalty via gun control legislation, in a bill that didn’t originate in the legislature — the fact that a state would reconsider the death penalty isn’t. Legislation to either repeal or reinstate capital punishment is introduced in many states each year, Amber Widgery, an analyst who tracks the death penalty at NCSL, told the PBS NewsHour. Seldom though, do those bills get floor votes, she said.

This year, some 15 states introduced bills to repeal capital punishment, while bills in 10 other states sought to reinstate it.

The only proposal to get off the ground was in New Hampshire, where the state legislature passed a bill to repeal the death penalty, but Republican Gov. Chris Sununu has said he will veto it.

In Massachusetts, calls for a return of capital punishment for those who kill police officers have grown louder in recent months, following the April murder of a police officer in Cape Cod. Republican Gov. Charlie Baker has spoken to lawmakers about bringing back the deal penalty, though no action has been taken.

Is there a link between the death penalty and the murder rate?

He thinks recent initiatives at the state level are driven by the president’s comments.

“I think that the rhetoric we’re seeing at the state level is certainly influenced by the comments in Washington,” Dunham said.

Will the Illinois proposal pass?

The proposal is awaiting review by the Illinois General Assembly. Democrats are calling Rauner’s proposal an “overreach,” saying that the bill sent to him focuses on gun control and does not address the death penalty. What’s more, Rauner is a Republican and both the state House of Representatives and Senate are currently controlled by Democrats. The state went without a budget because of a deadlock between the governor’s mansion and the state legislature. It finally passed a new spending plan last June.

Rauner didn’t make his proposal “as an honest suggestion, but as a diversion to having an honest conversation about how we deal with gun violence.” – Sen. Kwame Raoul

Republican support nationwide for the death penalty fell 10 percentage points to 72 percent last year, according to a 2017 Gallup poll.

While Rauner has the support of Illinois Senate Republican Leader Bill Brady, Illinois Democratic Sen. Kwame Raoul, who sponsored the death penalty repeal bill in 2011, said Rauner’s proposal had no chance the “moment it left his pen.”

“He didn’t do that as an honest suggestion, but as a diversion to having an honest conversation about how we deal with gun violence,” Raoul told the NewsHour. He also argued that Rauner doesn’t have the authority to make a death penalty amendment.

Even if the Illinois House of Delegates passes Rauner’s proposal, shortages of lethal injection drugs, thanks to boycotts from pharmaceutical companies years ago, may cause problems being able to carry out executions.

Left: A guard stands behind bars at the Adjustment Center during a media tour of California's Death Row at San Quentin State Prison in San Quentin, California December 29, 2015. America's most populous state, which has not carried out an execution in a decade, begins 2016 at a pivotal juncture, as legal developments hasten the march toward resuming executions, while opponents seek to end the death penalty at the ballot box. To match Feature CALIFORNIA-DEATH-PENALTY/ Picture taken December 29, 2015. Photo by Stephen Lam/Reuters