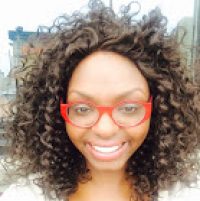 Column: I’m a young, black female, and I may not vote in this presidential election

On paper, I’m a progressive candidate’s ideal. I’m a 23-year-old, black, queer, college-educated woman who is drowning in more than $160,000 of undergraduate student loan debt. I fervently believe in unlimited access to reproductive healthcare, despise corporate welfare, and consider climate change to be the most severe public health issue of our time.

In the American political landscape, my ideology is best packaged as leftist, and my vote is seemingly guaranteed.

But I’m also an organizer with Black Lives Matter NYC, and such an affiliation is causing more upset within the electoral establishment than excitement, enthusiasm, or certainty.

I do not describe myself as a liberal or progressive — rather, I identify as a radical within the spirit of Angela Davis, Assata Shakur, Ella Baker, and Ida B. Wells. Within their black liberatory framework, their radicalism centered on examining the root causes of racism and its resulting socioeconomic ills, while denouncing patriarchy as a divisive tool of white supremacist function.

As a radical, I view the entire system of white supremacy to be both parasitic and adaptive; it’s a robust machine that encroaches upon public consciousness and institutions with such savviness that its depravity is deemed the credible status quo. White supremacy is a claustrophobic daily reality that lives within complicated legislation, multilayered bureaucracy, structural oppression and individual behavior.

“Given their racist, homophobic, misogynistic platforms, they hate everything about me — from my body to my bank account, because God told them so. ”

And no presidential contender will say this, let alone enact policies, laws, or other widespread, comprehensive measures to structurally dismantle the deadly system under which we live.

The presidential slate is underwhelming at best, and terrifying at worst. The Democrat Party candidates are problematic.

Former Governor Martin O’Malley oversaw rampant militarization of Maryland’s police forces. His racial justice platform calls for body cameras, a stance I am ardently opposed to as these devices — when in the hands of the police — amount to government surveillance, a lack of transparency or accountability, and obscene profit for companies at the taxpayer’s expense. This added to his current non-factor status leads to my disinterest in his candidacy.

Former Senator and First Lady Hillary Clinton represents dynastic politics, and her close ties to the neoliberal financial sector is less than commendable. She is complicit in fueling the war on drugs. In a series of unjust and anti-black schemes, she helped bolster the prison industrial complex, further corrupted the criminal justice system, and intensified cyclical poverty.

Senator Bernie Sanders (I-VT) the breakout star of the left, is most aligned with my political value system, but his recent fumbles with Black Lives Matter have caused me great pause. Senator Sanders seems ambiguous in his commitment to black lives, and his hesitancy in making racial justice the centerpiece of his campaign is a strategic error that may account for an electoral loss. His colorblind appeal to “economic reform” is significant, but police do not ask for our net worth when they shoot us dead.

Another stumbling block are his supporters, who are embedded in a white savior ethos that discounts black thought leadership as unintelligent and unworthy. I question his candidacy if these are the people he attracts.

The crowded Republican field isn’t worth consideration. Given their racist, homophobic, misogynistic platforms, they hate everything about me — from my body to my bank account, because God told them so.

So as I consider my limited options, the probability of voting grows ever more dim. The decision to not vote is a heavy one; given the historical weight of black liberation in pursuit of the right to vote, I feel a racial obligation in exercising the precious freedom my ancestors fought valiantly to attain.

But I also know that voting alone does not bring about overarching black freedom. Voting does not ensure our safety, nor does it provide an immediate conduit for black social well being.

My disillusionment comes with great irony; the nation’s first black president was elected twice because marginalized groups voted in record numbers. Ever since, the racist opposition has (always) been increasingly bloodthirsty in its attempt to disenfranchise black voters; using structural tactics such as gerrymandering and voter identification laws to decrease black voter turnout.

In 2013, the Supreme Court eviscerated the Voting Rights Act of 1965, ruling unconstitutional a key section that required states with established histories of anti-black voter disenfranchisement to receive federal approval before changing electoral procedures.

Those with felonious histories of incarceration are denied the right to vote in 48 states. It is no coincidence that most of these individuals are black.

The racist opposition is working hard to stop me from participating in the political system through voting. I do not want to give them the satisfaction of silencing my voice in that way. But, to vote means to uphold a system that is rotten at its core. To vote means to reinforce a white supremacist structure that actively, strategically and relentlessly exploits and exterminates black lives both domestically and globally.

Voting for an anti-black system will not save my black life. Ironically, voting just might jeopardize it.

Arielle Newton is the Founder and Editor-in-Chief of Black Millennials, and an organizer with Black Lives Matter: NYC.