WASHINGTON — President Barack Obama’s inability to overhaul the nation’s immigration system will stand as the most glaring failure in his effort to enact a vision of social change. Despite two campaigns full of promises and multiple strategies, he imposed only incremental, largely temporary modifications.

When his presidency ends in January, Obama will leave behind an outdated and overwhelmed system, with some 11 million people living in the U.S. illegally.

The missed goal is part of a legacy that included a sometimes contradictory mix of policies — some aimed at bringing immigrants “out of the shadows,” others at removing them from the U.S.

Obama will be remembered for protecting 730,000 young people, a generation of so-called Dreamers, who were brought to the U.S. as children. Advocates and allies will credit him with embracing a newly aggressive assertion of executive power that, despite last week’s Supreme Court deadlock and political opposition, remains a legal pathway for the next president. And he will go down as a leader who consistently defended the importance of immigrants in American life, as anti-immigrant sentiment swelled up in parts of the U.S. and abroad.

“Immigration is not something to fear,” Obama said last week. “We don’t have to wall ourselves off from those who may not look like us right now or pray like we do, or have a different last name.”

But Obama also will be remembered as a president who prioritized other issues, missing perhaps the best chance to pass sweeping legislation and only reluctantly adjusting his strategy in the face of firm opposition.

And his administration aggressively enforced current laws, deporting more than 2.4 million people. The total is nearly as many as his two predecessors combined. 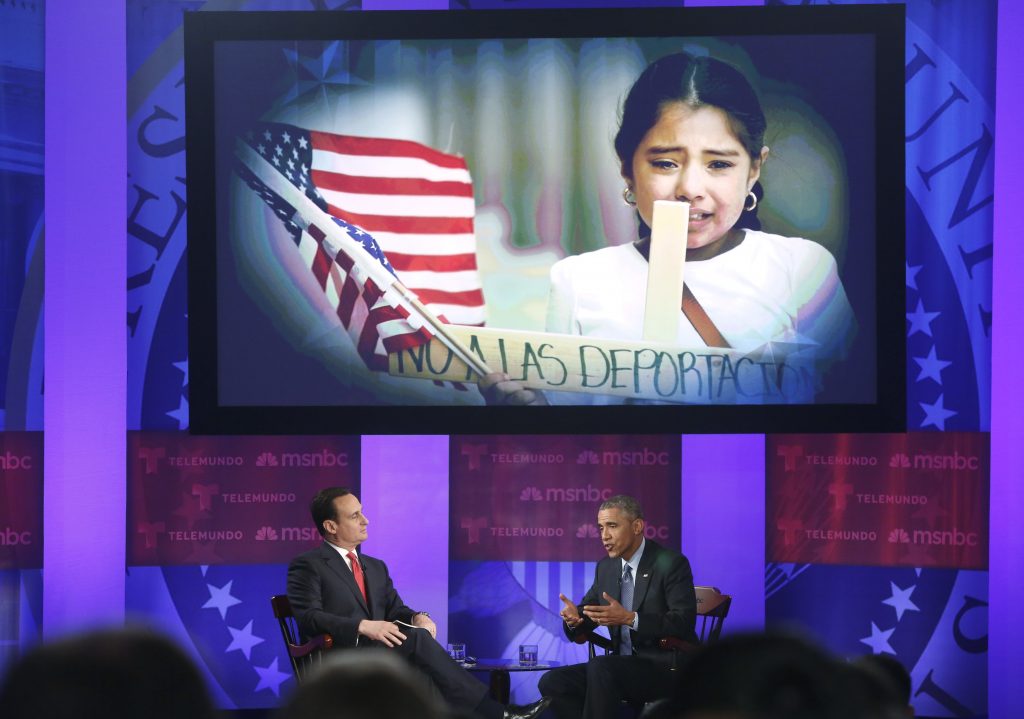 President Barack Obama (R) participates in the taping of an MSNBC/Telemundo town hall discussion on immigration with host Jose Diaz-Balart (L) at Florida International University in Miami, in February 2015. Photo by Jonathan Ernst/Reuters

“He was facing an unprecedented, highly personalized opposition from Congress,” said Janet Murguia, president of the National Council of La Raza, an immigration advocacy group, who once labeled Obama the “deporter-in-chief.” ”We fault him, I believe correctly, for failing to recognize soon enough this intransigence by Congress and failing to use his authority sooner.”

If evaluating Obama’s record is a matter of tallying two columns — in one, the number of people he protected from removal; in the other, the number deported — the court went a long way toward tipping the ledger toward the latter.

With its 4-4 tie, the court thwarted Obama’s last chance to shield up to 4 million people from deportation. The decision left in place an injunction freezing his 2014 executive action, which had expanded his protection of Dreamers and temporarily protected some parents of people with legal status.

The deadlock, resulting from a Republican blockade against Obama’s Supreme Court nominee, left the constitutionality of the action unsettled. But it had a significant impact on Obama’s legacy.

“If the Supreme Court had ruled in his favor, he’d probably be remembered as the person who helped to protect half of the undocumented population in the country,” said Frank Sharry, founder of the immigration reform group America’s Voice. Instead, he said Obama will be most remembered for his administration’s deportations. 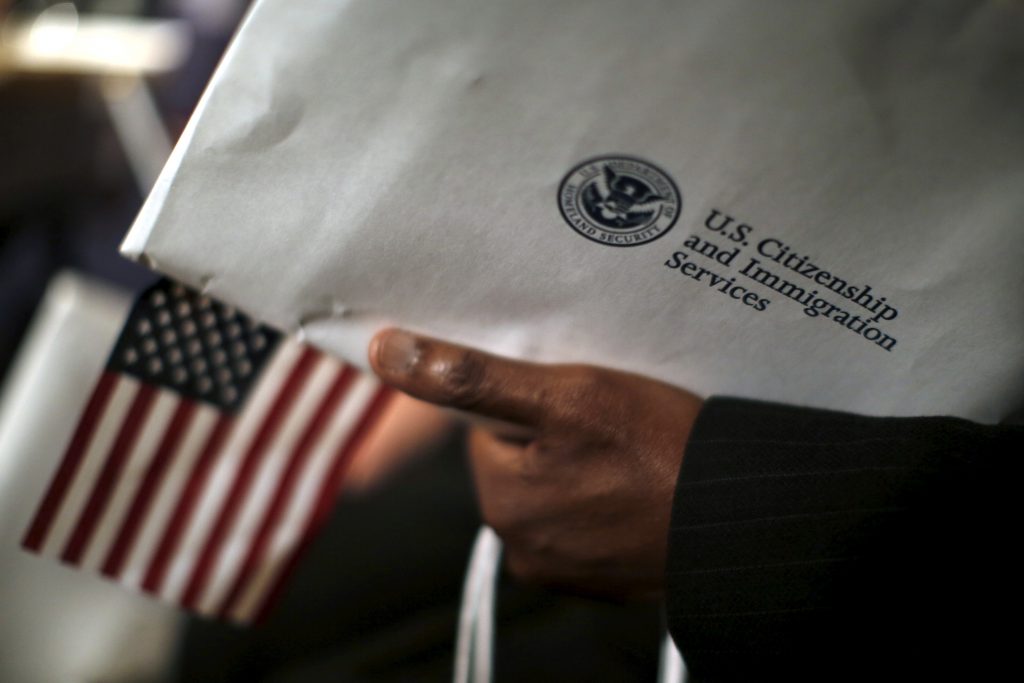 A man holds an envelope from the U.S. Citizenship and Immigrations Service during a naturalization ceremony at the National Archives Museum in Washington, D.C., in December 2015. Carlos Barria/Reuters

The White House rejects a by-the-numbers analysis. Work to modernize the border and bring new order to a chaotic deportation system isn’t necessarily conveyed in the calculation, officials argue.

The administration overhauled the role of local law enforcement. In 2014, the president declared the administration’s limited resources would be focused on removing threats to national security and public safety, and recent arrivals. Deportation has decreased since. Last year, the administration deported the fewest people since 2006.

“Devising that approach and implementing it has fundamentally changed the way laws are enforced and has had a real impact on communities,” said Cecilia Munoz, the president’s chief adviser on immigration. “That’s a very, very big change.”

Could Obama have charted a different course on immigration?

Entering office during an economic crisis, Obama focused on stimulating growth and reforming the financial sector. Then there was his massive health care legislation. Along the way, he broke a campaign promise to back overhaul legislation on immigration in his first year.

It was 2011 before Obama endorsed a set of reform principles. By then, Democrats had lost control of the House and the best window for passing a bill had closed.

Associated Press writer Alicia A. Caldwell contributed to this report.

Left: President Barack Obama leaves after delivering a statement after the Supreme Court left in place a lower court ruling blocking his plan to spare millions of illegal immigrants from deportation and give them work permits at the White House in Washington, D.C. Photo by Carlos Barria/Reuters