In era of legal pot, can police still search cars based on odor?

Sniff and search is no longer the default for police in some of the 33 states that have legalized marijuana.

Traditionally, an officer could use the merest whiff of weed to justify a warrantless vehicle search, and whatever turned up — pot, other kinds of illegal drugs, something else the motorist wasn’t allowed to have — could be used as evidence in court.

That’s still true in the minority of states where marijuana remains verboten. But the legal analysis is more complicated in places where pot has been approved for medical or adult use, and courts are beginning to weigh in. The result is that, in some states, a police officer who sniffs out pot isn’t necessarily allowed to go through someone’s automobile — because the odor by itself is no longer considered evidence of a crime.

“It’s becoming more difficult to say, ‘I smell marijuana, I can search the car.’ It’s not always an automatic thing,” said Kyle Clark, who oversees drug impairment recognition training programs at the International Association of Chiefs of Police.

For nearly 100 years, the U.S. Supreme Court has recognized an “automobile exception” to the Fourth Amendment’s ban on unreasonable searches and seizures, giving law enforcement the right to conduct a warrantless search if there is reason to suspect a vehicle is hiding contraband or evidence of a crime. Police have long used the exception to conduct vehicle searches based on the pungent, distinctive odor of pot.

Increasingly, motorists in states where marijuana is legal in some form are pushing back when police insist on a search — especially if that search yields evidence of a crime.

Last month, a Pennsylvania judge declared that state police didn’t have a valid legal reason for searching a car just because it smelled like cannabis, since the front-seat passenger had a medical marijuana card. The search yielded a loaded handgun and a small amount of marijuana in an unmarked plastic baggie — evidence the judge suppressed.

“The ‘plain smell’ of marijuana alone no longer provides authorities with probable cause to conduct a search of a subject vehicle,” Lehigh County Judge Maria Dantos wrote, because it’s “no longer indicative of an illegal or criminal act.” She said that once the passenger presented his medical marijuana card, it was “illogical, impractical and unreasonable” for troopers to conclude a crime had been committed.

Prosecutors have appealed the ruling, arguing the search was legal under recent state Supreme Court precedent. But they acknowledge that marijuana odor is an evolving issue in the courts.

“We want to get it right,” said Heather Gallagher, chief of appeals in the district attorney’s office. “We need guidance, so law enforcement knows what to do.”

Other states’ courts have curtailed searches based on odor.

Massachusetts’ highest court has said repeatedly that the smell of marijuana alone cannot justify a warrantless vehicle search. In Vermont, the state Supreme Court ruled in January that the “faint odor of burnt marijuana” didn’t give state police the right to impound and search a man’s car. Colorado’s Supreme Court ruled in May that because a drug-detection dog was trained to sniff for marijuana — which is legal in the state — along with several illegal drugs, police could not use the dog’s alert to justify a vehicle search. 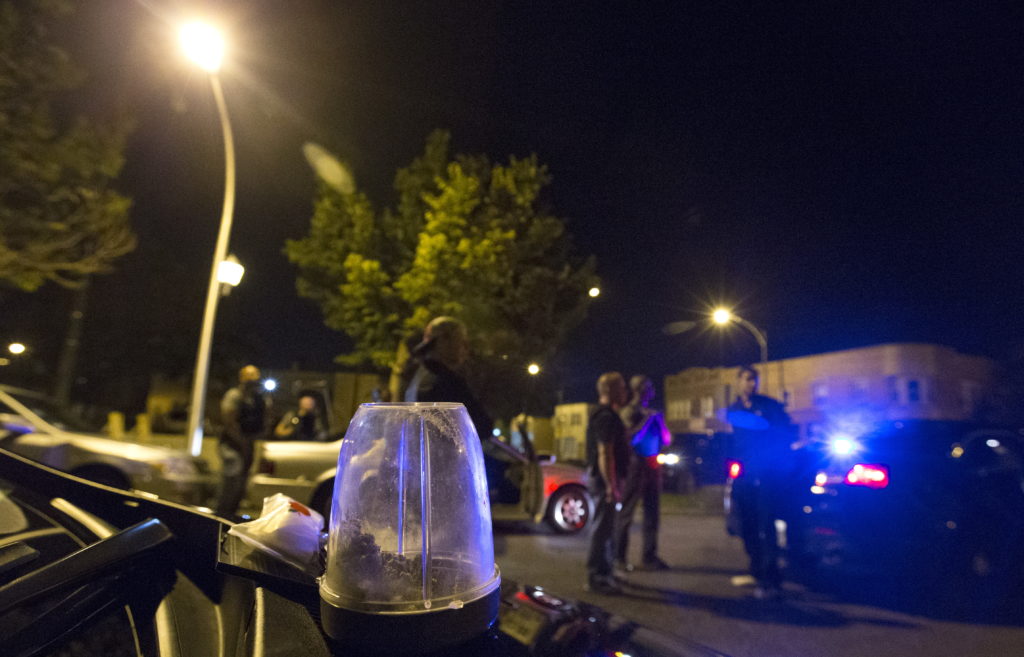 A container of marijuana found during a search of a car by Cook County Sheriff police officers is seen as officers take a man into custody in the Austin neighborhood in Chicago, Illinois, United States, September 10, 2015. Photo by REUTERS/Jim Young

“Smell alone is gradually becoming no excuse for getting around the Fourth Amendment,” said Keith Stroup, legal director of the National Organization for the Reform of Marijuana Laws. “It’s a major development, and it’s going to provide a layer of protection that we lost sometime in the past.”

But not every court has ruled against sniff and search.

Maryland’s high court quoted the title of Bob Dylan’s “The Times They Are A-Changin'” in ruling last month that police did an unlawful body search of a motorist whose car smelled of marijuana and contained a joint on the center console. But the court also decided that police were entitled to search the car itself, noting that marijuana is still considered contraband despite the state’s medical marijuana program, and people have a “diminished expectation of privacy” in an automobile.

Judges have also ruled that marijuana odor can be used in conjunction with other factors to support a search. If the smell is overpowering, for example, an officer might conclude the motorist has a quantity of cannabis far in excess of what’s allowed. Driving under the influence of marijuana is illegal in all 50 states, so police are free to search the car of a driver who shows signs of impairment.

The longstanding federal ban on marijuana, and whether a state’s marijuana law is broad or narrow in scope, are additional factors that courts have considered, said Alex Kreit, visiting professor at the Drug Enforcement and Policy Center at Ohio State University’s law school.

On patrol, some officers are taking heed of the changing landscape.

In Michigan, medical marijuana patient Craig Canterbury said he produced his ID card after state police told him they smelled marijuana in his van during a traffic stop last year.

“They looked at the card, made sure it was legal, and that was that,” Canterbury said. He said he wouldn’t have agreed to a vehicle search “because I had shown we were legal.”

When David Boyer, former Maine political director of the Marijuana Policy Project, was pulled over for speeding last year, the officer said she smelled marijuana in his car. Boyer, who said he had consumed cannabis at a friend’s house several hours earlier, reminded the officer it was legal in Maine and told her he wasn’t under the influence.

“She pushed back a little bit on it but ultimately, I just got the speeding ticket,” Boyer said.

The officer didn’t ask to search the car.

Left: Sniff and search is no longer the default for police in some of the 33 states that have legalized marijuana. Photo by REUTERS/Elijah Nouvelage