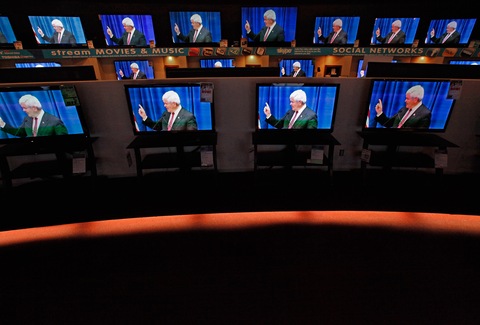 Political ads filled the airwaves in Iowa during the caucuses in 2012.

The political organizations at the center of the Internal Revenue Service scandal last year are receiving some potential clarifications today.

The I.R.S. and the U.S. Department of the Treasury will release initial guidance on tax-exemption requirements for 501(c)(4) organizations(4)), which are defined as “social welfare” organizations, on Tuesday. A number of organizations that apply for 501(c)(4) status are political in nature. In 2012 conservative groups claimed the I.R.S. was unfairly scrutinizing their applications for the tax-exempt status.

The new guidance seeks to clarify some of the uncertainties that fueled the controversy. The Treasury said in a statement released Tuesday, “This proposed guidance defines the term ‘candidate-related political activity,’ and would amend current regulations by indicating that the promotion of social welfare does not include this type of activity.”

Candidate-related activity is divided into three categories: communications, or messages that advocate for a political candidate or party; grants and contributions to candidate-related political organizations; and other activities related to elections or candidates, such as “get-out-the-vote” drives.

The announcement today details only proposed guidelines. The Treasury along with the I.R.S. are encouraging public comments on the rules before issuing a final guidance.”This proposed guidance is a first critical step toward creating clear-cut definitions of political activity by tax-exempt social welfare organizations,” said Treasury Assistant Secretary for Tax Policy Mark Mazur. “We are committed to getting this right before issuing final guidance that may affect a broad group of organizations.”

The Washington Post’s Sean Sullivan explained the intricicies of 501(c)(4) organizations and noted that the Supreme Court’s 2010 Citizens United decision profoundly affected these groups. He wrote that the ruling “cleared the way for corporations and labor unions to raise and spend unlimited sums of money, and register for tax-exempt status under section 501(c)(4). So what happened next is not surprising. The IRS was flooded with with applications from groups seeking the special 501(c)(4) designation.” These organizations can incorporate a “super PAC” within its structure. However, while donors to the super PAC must be disclosed, donors to the 501(c)(4) organization itself can remain anonymous.

The proposed guidance will be posted on the Federal Register on Tuesday.