COLUMBUS, Ohio (AP) — A federal judge has stripped a terrorist of his naturalized U.S. citizenship, siding with the government in the case of a Pakistan-born man convicted more than 15 years ago of plotting to destroy New York’s Brooklyn Bridge.

Defendant Iyman Faris, once a truck driver in Columbus, Ohio, was sentenced in 2003 for aiding and abetting al-Qaida by scoping out the bridge as part of a plot to cut through cables that support it. His case was among the first and highest-profile terrorism cases after the Sept. 11 attacks.

Faris met with Osama bin Laden in Afghanistan and worked with Sept. 11 architect Khalid Sheikh Mohammed, although some critics questioned how realistic the plot was, given post-Sept. 11 security in New York.

The government argued that Faris lied on immigration papers before becoming a naturalized U.S. citizen in 1999 and that his terrorist affiliations demonstrated a lack of commitment to the U.S. Constitution. Faris entered the U.S. using with the passport and visa of someone he’d met in Bosnia, the government said.

“He was a wolf in sheep’s clothing who took advantage of American generosity with plans to terrorize and murder,” Steven Weinhoeft, U.S. Attorney for the Southern District of Illinois, said in a statement. “He does not deserve the honor of being an American citizen.”

Two years ago, Judge Staci Yanle rejected a similar request by the government, saying at the time there wasn’t enough evidence to prove Faris’ misrepresentations influenced the decision to grant him citizenship. 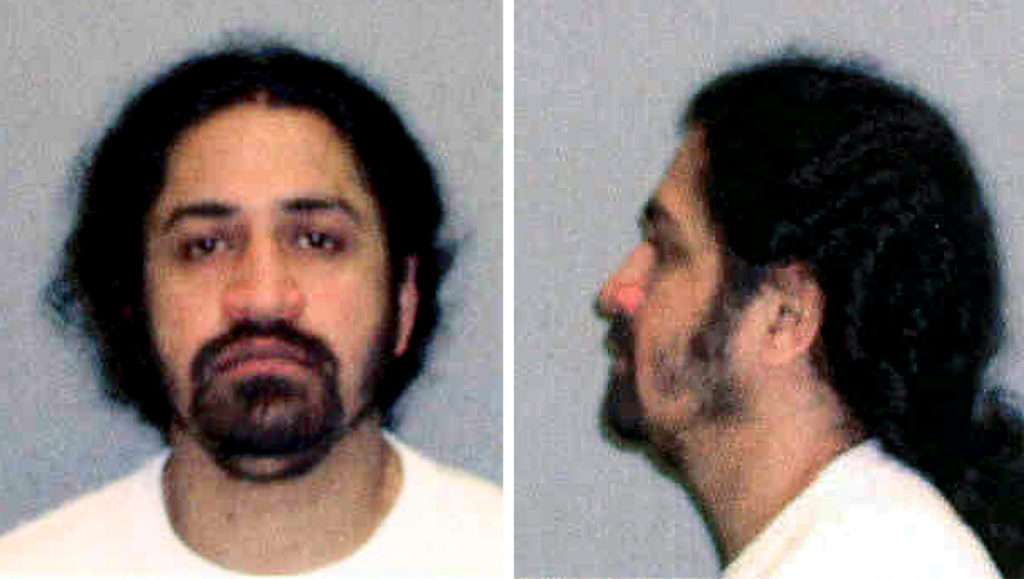 Iyman Faris, a.k.a. Mohammad Rauf, an Ohio truck driver, has pleaded
guilty to providing material support and resources to al Qaeda. Faris,
a naturalized U.S. citizen who was born in Kashmir, faces a maximum of
20 years in prison and fines up to $500,000.00 at his sentencing, which
is currently scheduled for August 1, 2003. Faris is shown in undated
file photos provided by the U.S. Department of Justice June 20, 2003.
REUTERS/U.S. Dept. of Justice/Handout

In a ruling on Friday, she said the government had proved its case. “The United States of America has produced clear and unequivocal evidence that Defendant Iyman Faris obtained his naturalization unlawfully,” Yanle wrote.

Faris, 50, is currently housed in a federal prison in Marion, Illinois, with a release date in August.

Faris was known as Mohammad Rauf before becoming a U.S. citizen. He worked as a truck driver in Columbus and was married to an American woman for a while. Over the years, he talked about a book he was going to write detailing his adventures, once telling a girlfriend he was going to earn a million dollars from his writing.

Faris’ attorney has argued that the government’s request violated the terms of Faris’ 2003 plea agreement, which never included the possibility of denaturalization or deportation. Chicago defense attorney Thomas Durkin said Wednesday it was disappointing not to be able to make their case in a trial, which had been scheduled for next month.

At that trial, “the government’s war on terror tactics and promises could be fully aired,” Durkin said. “This is a dangerous precedent being set that could well have serious consequences for all U.S. citizens.”

Left: Faris is shown in undated file photos provided by the U.S. Department of Justice June 20, 2003. REUTERS/U.S. Dept. of Justice/Handout