A Wisconsin jury has acquitted the former police officer who fatally shot 23-year-old Sylville Smith, whose death sparked days of uprisings in Milwaukee.

After two days of deliberations, jurors found ex-officer Dominique Heaggan-Brown not guilty of first-degree reckless homicide in the death of Smith. Heaggan-Brown and Smith were both black, and four of the 12 jurors were black. 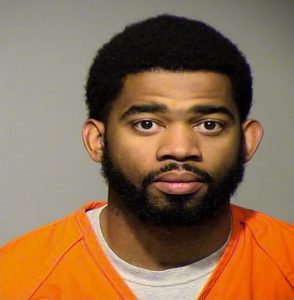 The fatal encounter happened after Heaggan-Brown had stopped Smith in a traffic stop, which led to a foot chase. When the officer was charged, the criminal complaint cited body camera footage that showed Heaggan-Brown shooting Smith in his right arm as he turned with a weapon in hand. Smith fell to his back when Heaggan-Brown shot him again less than a couple seconds later in his chest.

Prosecutors argued that it was unnecessary when Heaggan-Brown discharged his weapon a second time. Milwaukee County District Attorney John Chisholm told the jury that Smith was “in the most vulnerable position that he can possibly be in,” adding that “he looks like a child,” Fox6 reported.

Defense attorney Jonathan Smith countered that the “first shot was a justifiable shot and that justification did not change in 1.69 seconds.”

Heaggan-Brown was fired in October when he was charged with two counts of assault in a separate investigation. This investigation is unrelated to the shooting death of Smith.

As NewsHour’s Kenya Downs reported, Milwaukee is, by several yardsticks, considered to be one of the most segregated cities in the U.S.

Previously, a 2014 police shooting death of Dontre Hamilton, who is black, prompted protests. Officer Christopher Manney shot Hamilton 14 times after Manney responded to a complaint of Hamilton sleeping on a bench in a local park.

Left: A police car with broken windows is seen in a photograph released by the Milwaukee Police Department after disturbances following the August police shooting of a man in Milwaukee, Photo by Milwaukee Police via Reuters