Kerry Perry resigned under pressure as USA Gymnastics president Tuesday, the move coming days after the U.S. Olympic Committee questioned her ability to lead a path forward for an organization rocked by scandal.

Perry spent nine months on the job and repeatedly came under scrutiny by athletes who felt she was mishandling the fallout from the tumult surrounding disgraced former team doctor Larry Nassar.

Perry, a former communications executive with no background in gymnastics, became president of USA Gymnastics last December. She stressed her focus would be on “creating an environment of empowerment where all have a strong voice and we are dedicated every single day to athlete safety.”

The USOC has expressed disappointment following the botched hiring — and then firing — of its elite development coordinator.

The coach, Mary Lee Tracy, was an early supporter of Nassar when allegations against him began to surface two years ago. After the announcement of her promotion, Tracy made an attempt to reach out to six-time Olympic medalist Aly Raisman, who is among the hundreds of women abused by Nassar.

USA Gymnastics responded by asking Tracy for her resignation. While the request was done in the interest of protecting USA Gymnastics from a legal standpoint — Raisman has filed a lawsuit against USA Gymnastics — it also served as another in an increasingly long line of public relations pratfalls by one of the crown jewels of the U.S. Olympic movement.

Newly hired USOC CEO Sarah Hirshland had seen enough, issuing a statement on Friday saying USA Gymnastics “is struggling to manage its obligations effectively and it is time to consider making adjustments in the leadership.”

Hirshland said the USOC would reach out to USA Gymnastics newly appointed board over the weekend to discuss possible changes. The discussions ended with Perry stepping down less than a year after being tasked with navigating the organization through troubled fallout from the Nassar scandal. Nassar is serving an effective life sentence after being convicted of federal child pornography and state sexual abuse charges. 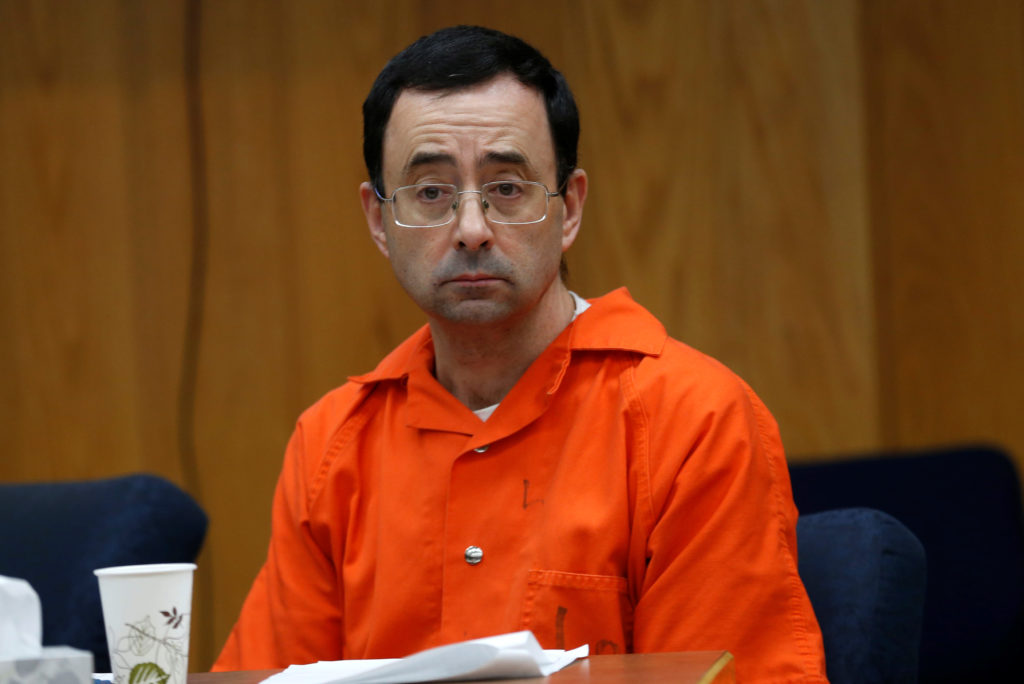 Karen Golz, chairman of the USA Gymnastics board of directors, thanked Perry for her service. A management committee that includes Golz, vice chair and secretary David Rudd and board member Kathryn Carson will oversee the day-to-day operations of the organization during the search for an interim president.

“In the wake of horrific events that have impacted our athletes and the entire gymnastics community, USA Gymnastics has made progress in stabilizing itself and setting a new path to ensure that the safety and interests of our athletes remains at the heart of our mission,” Golz said.

How much impact Perry had on that progress is uncertain. USA Gymnastics was already in the process of implementing the more than 70 changes recommended by a former federal prosecutor when Perry was hired last November, a process that remains ongoing.

The significant moves that Perry did orchestrate came only after external pressure.

USA Gymnastics exited its agreement to purchase the Karolyi Ranch outside Huntsville, Texas, in January only after reigning Olympic champion Simone Biles said she was victimized by Nassar and questioned why she had to train in the same facility where she and others were abused. USA Gymnastics also removed the board of directors in January, a decision it reached only after the USOC threatened the organization with decertification.

Perry kept a low profile during her brief tenure. While she made an attempt to visit member gyms, she made very few public statements and offered little vision for the organization. Biles took Perry to task last month when she suggested it was time for Perry to speak up.