Judge Neil Gorsuch’s judicial record and philosophy have been picked apart since President Donald Trump nominated the 49-year-old Colorado native in January. Some questions about his stance on hot-button issues remain, but other aspects of Gorsuch’s approach to the law are clear.

Gorsuch, a federal judge on the 10th Circuit Court of Appeals, is a textualist who narrowly interprets statutes. He also subscribes to the legal philosophy of “originalism,” popularized by late Justice Antonin Scalia (whom Gorsuch would replace on the court), which holds that the constitution should be interpreted based on the framers’ beliefs at the time it was written.

The role of judges is to “apply the law as it is, focusing backward, not forward, and looking to text, structure, and history to decide what a reasonable reader at the time of the events in question would have understood the law to be — not to decide cases based on their own moral convictions or the policy consequences they believe might serve society best,” Gorsuch said in a speech at Case Western Reserve University’s School of Law last year.

Gorsuch’s past speeches and writing will be closely scrutinized this week when he goes before the Senate Judiciary Committee. If confirmed, Gorsuch would become the fifth Republican appointee on the court. He’d also fill the court’s ninth seat, eliminating the possibility of a four-four deadlock that’s loomed over the bench since Scalia’s death last year. As his hearings get underway Monday, here is a closer look at his record and what it tells us about how he might rule on the court.

Two of Gorsuch’s most high-profile decisions came in religious freedom cases before the 10th Circuit: Hobby Lobby v. Sebelius and Little Sisters of the Poor v. Burwell. Both cases dealt with religious objections to the Affordable Care Act’s so-called ‘contraceptive mandate,’ which required employers to cover contraceptives in their health insurance plans.

In the 2013 appeals court Hobby Lobby case, Gorsuch ruled in favor of the national craft chain’s owners and their claims that their religious beliefs exempted the for-profit corporation from the ACA requirement— a decision the Supreme Court affirmed one year later in Hobby Lobby v. Burwell.

Gorsuch wrote separately that the Religious Freedom Restoration Act, the deciding statute in the ruling, “does perhaps its most important work in protecting unpopular religious beliefs, vindicating this nation’s long-held aspiration to serve as a refuge of religious tolerance.”

Two years later, in 2015, Gorsuch dissented from a denial to rehear Little Sisters, in a similar challenge brought by a non-profit order of nuns. (The Supreme Court vacated that judgment.) 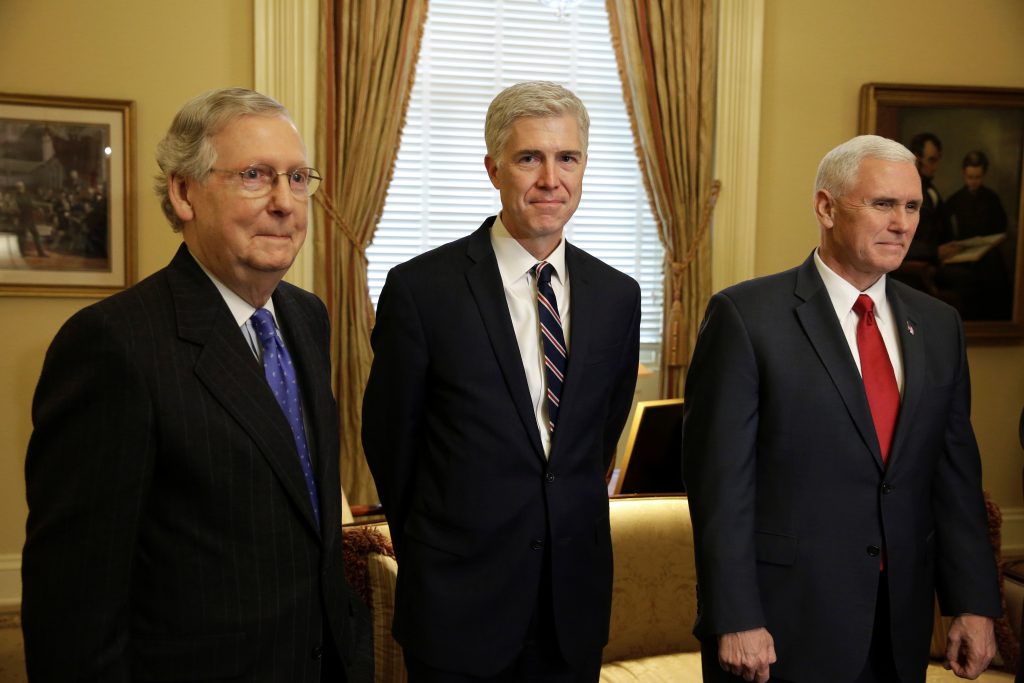 Gorsuch made arguably his biggest waves in federal appellate circles with a withering dissent in Gutierrez-Brizuela v. Lynch, a 2016 immigration case. In his dissent, Gorsuch urged reining in the doctrine of Chevron deference, a three-decade-old principle that courts should largely leave interpretation of certain statutes to regulatory agencies. Gorsuch argued that under the doctrine the judiciary ceded too much of its power.

Whether his views should comfort or alarm liberals is unclear. Nonetheless, said Melissa Hart, a professor at the University of Colorado Law School, Gorsuch’s view on Chevron deference is the “standout” part of his record, and could be significant if he is confirmed.

“It will have consequences across lots of areas of law, [including] any area of law that’s administered by an agency,” Hart said. “It doesn’t necessarily mean he’ll come to a different conclusion” than an agency about a particular law, she added. “But where he thinks the agency is wrong, it will change outcomes in cases, depending on the other justices on the bench.”

Gorsuch’s record reveals little about some of the major social issues that come before the Supreme Court, like abortion, campaign finance, and civil and LGBT rights.

“The large number of cases in any court of appeals involve the application of fairly subtle principles, and don’t produce blockbuster cases,” McConnell, the director of Stanford Law School’s Constitution Center, said.

Even so, Gorsuch’s past writings offer some clues. Gorsuch has mulled whether courts should consider limits on campaign donations using the same strict scrutiny applied in free speech cases.

On abortion, Gorsuch has arguably left an even bigger crumb-trail thanks to his 2006 book, “The Future of Assisted Suicide and Euthanasia.” In the book, Gorsuch repeatedly asserts his belief in the “inviolability” of human life.

Abortion is just one of many issues sure to arise at the hearings this week. Gorsuch’s supporters and critics alike will be paying close attention, said Elizabeth Wydra, the president of the liberal Constitutional Accountability Center.

“Despite the process by which he was picked, replete with litmus tests and high rhetoric from Donald Trump, Neil Gorsuch has to show the Senate Judiciary Committee that he will be this fair, independent judge who will follow the law where he leads,” Wydra said.

Left: Neil Gorsuch speaks at the White House after being nominated to the U.S. Supreme Court on January 31, 2017. Photo by REUTERS/Kevin Lamarque