AME bishops are holding an annual meeting in New Orleans, and at 1 p.m. EDT today, they will hold a press conference at which they’ll address recent church fires. PBS NewsHour will live stream in the player above.

A federal law enforcement authority said Wednesday that a fire that destroyed a black church in Greeleyville, South Carolina, was not arson.

Officials have yet to determine what caused the overnight fire at Mount Zion African Methodist Episcopal Church, which the Ku Klux Klan burned down 20 years ago.

Tuesday’s fire at Mount Zion comes at a time when a series of fires has been reported at black churches across the south, two weeks after a gunman killed nine worshippers at the historic Emanuel African Methodist Episcopal Church in Charleston, South Carolina.

Among the latest string of fires, at least two have been confirmed as arson, but authorities have yet to describe the events as hate crimes. It remains unclear if all these fires are linked.

The fire in Greeleyville took more than two hours to control and occurred during a night of heavy thunderstorms. 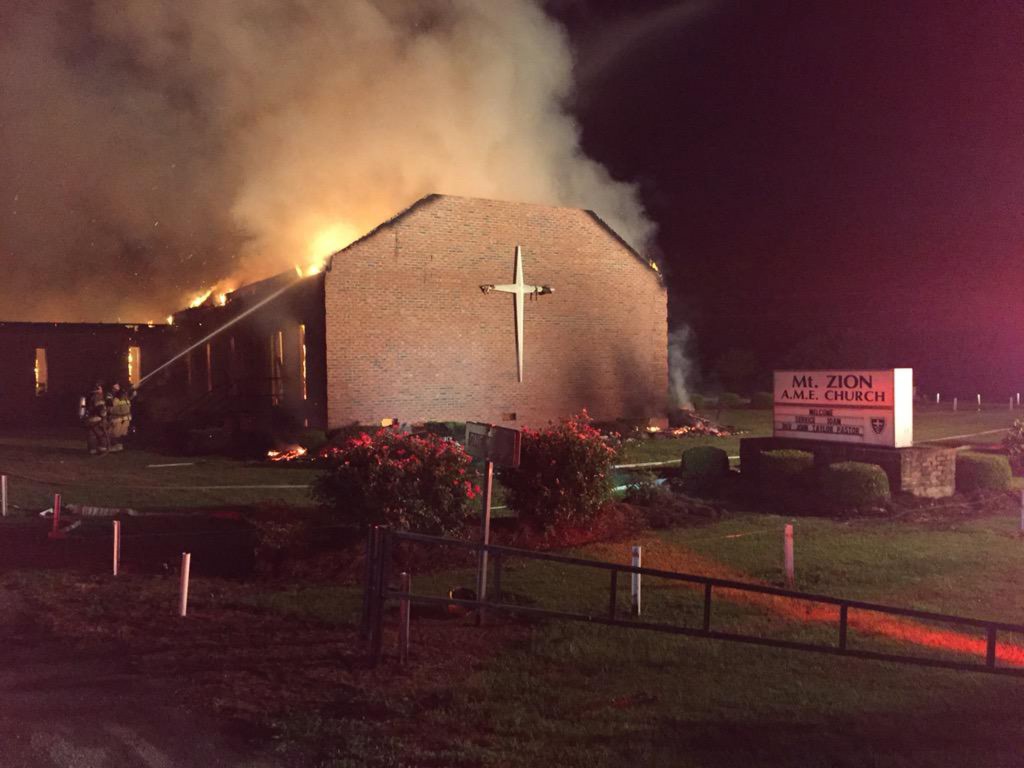 Fire crews try to control a blaze at the Mt. Zion African Methodist Episcopal Church in Greeleyville, South Carolina in this June 30, 2015 handout photo. The cause was not immediately clear. The fire comes amid a rash of fires that have erupted at black churches across the U.S. south, at least two of which have already been declared as deliberate. Photo by Clarendon County Fire Department/Handout via Reuters

Earlier that evening, the NAACP warned black churches on Twitter to “take necessary precautions.” The organization also used the #WhoIsBurningBlackChurches hashtag to recount a recent history of violence against black churches that occurred as early as the 1990s. The hashtag erupted Monday night on Twitter.