For many of the hundreds of residents of Pahoa, on the island of Hawaii, the last eight months have been a time of fear and uncertainty.

The town is located downslope from the Kilauea volcano. In June, a stream of hot lava began inching its way toward the community, stalling at times but then starting again. In November, the lava engulfed the local transfer station. A major fear is the lava flow may cut off the main road connecting the town to the rest of the island. 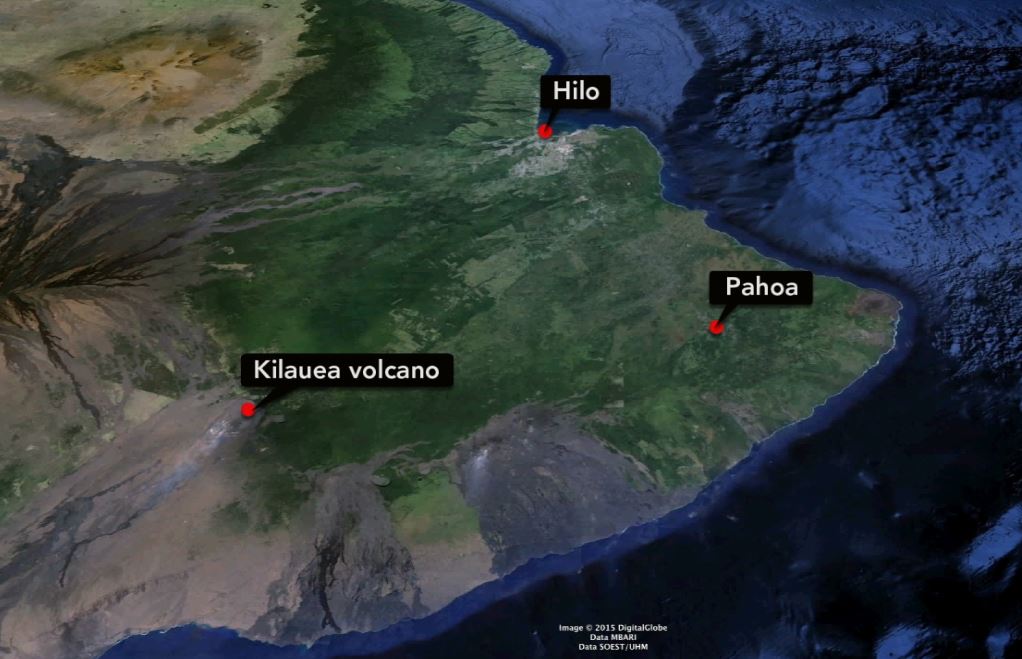 The lava flow from the Kilauea volcano has been threatening rural communities near Pahoa, Hawaii, since its emergence in June.

But for some students in Pahoa, the lava threat has also been a source of inspiration.

“I told my students that we can work the problem or we can let the problem work us.” said Eric Clause, a STEM teacher at the Hawaii Academy of Arts and Sciences. As a class project, Clause and his students chose to work the problem and develop tools the town could use to cope with the volcano.

The students focused on how they might be able to take on vog, what locals call the foggy haze of harmful aerosols created when thousands of tons of sulfur dioxide put out by the volcano mix with the air.

After months of brainstorming and designing, their first tool was ready: a so-called “vog scrubber” which purifies the air around homes of volcanic gases. Today, the scrubber is being used by families in Pahoa.

Spurred by their scrubber’s success, the students are forging ahead with research on power pole protectors and heat-resistant bridges to allow travel over recent lava flows.

Kilauea is one of the most active volcanoes in the world. For hundreds of thousands of years, eruptions lasting a few days or weeks have been common. Lately, the volcano has been unusually explosive. For the last 32 years, it’s been erupting non-stop with no signs of quieting.

“The volcano could continue erupting for decades or the eruption might stop in the next few weeks.” Steve Brantley of the U.S. Geological Survey said. “We really don’t have a way of determining or estimating when the volcano may stop erupting.”

Left: The lava flow from the Kilauea Volcano is seen downslope of a house that burned on Nov. 10 in this U.S. Geological Survey handout photo taken near the village of Pahoa, Hawaii, on Nov. 13, 2014.