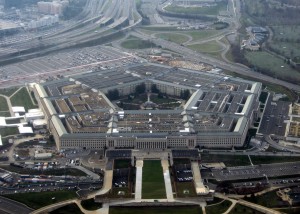 WASHINGTON — The Pentagon posted a narrow win Wednesday as a House panel endorsed leaving the authority to prosecute rapes and other serious crimes with military commanders.

In an emotionally charged debate, the House Armed Services Committee rejected a measure that would have stripped the long-standing authority to decide whether to pursue a case, especially those related to sexual assault, and hand the job to seasoned military lawyers. The vote was 34-28.

Pentagon leaders vigorously oppose the change in the Uniform Code of Military Justice, arguing that commanders should have more responsibility, not less, for the conduct of the men and women they lead in war and peacetime. Female lawmakers in the Senate and House have questioned whether the military’s mostly male leadership understands differences between relatively minor sexual offenses and serious crimes that deserve swift and decisive justice.

“We have not fixed this,” said Rep. Jackie Speier, D-Calif., sponsor of the measure.

Offering their support for the measure were two House members who have experienced war — one who lost both legs and partial use of an arm in a rocket-propelled grenade attack in Iraq and one who served in the 29th Infantry Brigade’s medical operations near Baghdad.

Both veterans are women.

“I love the military with every bone in my body,” Rep. Tammy Duckworth said. “I am devastated to see how sexual predators are treated.”

The Illinois Democrat said she “gradually, painfully” came to the conclusion that decisions on prosecution should be taken out of the military chain of command.

Rep. Tulsi Gabbard, D-Hawaii, said the voices of the service members who are the victims need to be heard.

Opponents of the measure maintained that commanders must be held accountable, and that the military leadership was working to address the problem.

Last week, the Pentagon said reports by members of the military of sexual assaults jumped by an unprecedented 50 percent last year, in what Defense Secretary Chuck Hagel declared a “clear threat” to both male and female service members’ lives and well-being.

Overall, there were 5,061 reports of sexual abuse filed in the fiscal year that ended Sept. 30, compared with 3,374 in 2012. About 10 percent of the 2013 reports involved incidents that occurred before the victims joined the military, up from just 4 percent in 2012.

The House committee’s action came during a marathon session to craft a $601 billion defense policy bill for the fiscal year beginning Oct. 1.

The overall spending matches a deficit-driven, bipartisan budget agreement, and reflects a new phase for the Pentagon after more than a decade of war in Iraq and Afghanistan.

Late Wednesday, the committee voted overwhelmingly for a measure by Rep. Duncan Hunter, R-Calif., that would thwart Navy efforts to restrict access to tobacco to members of the service and the Marine Corps. The vote was 53-9.

Working within spending constraints, the Pentagon is seeking flexibility to ensure service members are ready to fight and the military can handle emerging threats.

“Sustaining our edge in the face of new strategic and fiscal challenges will require Congress’ partnership in making tough choices, always looking at our broader national interests instead of narrow constituencies,” Hagel said this week.

Rep. Jim Bridenstine, R-Okla., a former pilot and tea party favorite elected in 2012, won voice vote approval for saving three of seven AWACS aircraft, the airborne warning and control system that is based at Tinker Air Force Base in his home state.

“Think of the AWACS as the quarterback of the Air Force’s football team,” Bridenstine told the committee in arguing for his measure that rejected Pentagon plans to reduce the fleet from 31 to 24.

Rep. Adam Smith of Washington state, the top Democrat on the committee, complained that sparing the planes would undermine the military, taking the money from spare and repair parts. He said Congress needs to make the tough choices now. Otherwise U.S. forces will be ill-prepared to fight.

“These are the types of choices that need to be made,” Smith said.

Bridenstine insisted that the “parochial interest is the United States of America.”

The committee rejected a Navy plan to put 11 cruisers in a reduced operating status, with Rep. Randy Forbes, R-Va., pleading to keep the ships at sea. The panel backed a bipartisan amendment that would provide money for upgrading two cruisers and bar the Pentagon from retiring or placing any cruisers in an inactive status.

That elicited an impassioned speech from Smith, one of the few voices in the committee warning that it was short-sighted for the panel not to make the tough budget choices.

“Just rob another fund,” Smith said of the committee action to pay for the ships and aircraft.

Rep. Howard “Buck” McKeon, R-Calif., the chairman of the committee, bemoaned the dilemma, saying his goal this year was “to hold onto as much of the stuff and as much of the training.” McKeon, who is retiring from the House, said he hoped that next year lawmakers would recognize the devastating impact of the automatic spending cuts that the federal government faces over the next decade and its impact on the military.

Deficit hawks in the Republican ranks, however, have pressed for deep cuts and have shown an unwillingness to undo them.

The overall bill rejects the Pentagon’s request for another round of military base closures to shutter unnecessary facilities and spares the U-2 spy plane, developed in 1955 at the height of the Cold War. It cuts money from operations and maintenance — some $1.4 billion less than President Barack Obama requested — to maintain an 11th aircraft carrier and spare other programs and benefits.

Overall, the legislation would provide $495.8 billion for the core defense budget, $17.9 billion for energy programs within Pentagon spending and $79.4 billion for the war in Afghanistan and other overseas operations.

The full House is expected to consider the legislation the week of May 19. The bill would have to be reconciled with a still-to-be-written Senate version.