When a wrongfully convicted person gets released from prison, it is a major news event: Local television crews capture the first moments of freedom and the speeches on the steps of the state capital, audiences empathize as they grapple with gratitude and rage, and the exonerees take their first steps into an uncertain future.

Jeffrey Deskovic, who was in prison for 16 years after being wrongfully convicted for the rape and murder of his high school classmate, said it was the most surreal moment of his life: “It felt like a dream,” he said. “When I stepped up to the microphones at the press conference, I asked ‘Is this really happening?’”

But when the limelight fades, the wrongfully convicted face the reality of navigating the world they were yanked from, often with limited financial and social support.

According to the Innocence Project, it takes exonerees three years on average to receive any compensation after their release. More than a quarter get nothing. Among those who are paid, 81 percent get less than $50,000 for each year of wrongful imprisonment.

NewsHour spoke to a number of exonerated men from different states about their experiences reintegrating post-release. All of them, regardless of compensation, say they would pay anything to have the years they lost in prison back. 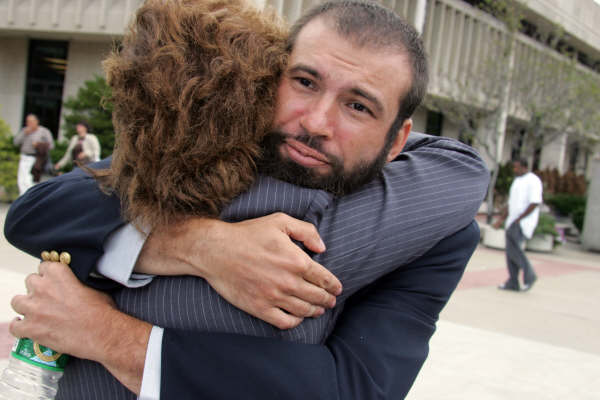 At age 16, Deskovic was wrongfully convicted of the rape and murder of his high school classmate. After nearly two decades behind bars, a DNA test finally exonerated him.

Those first five years were very difficult, he said. Released at age 33, he had never lived alone or even gotten a driver’s license. “It was overwhelming. I felt like I didn’t belong, like a fish out of water.”

Deskovic filed federal civil rights lawsuits against the various municipalities and officials involved in his conviction. After an arduous and lengthy legal process, he was awarded more than $13 million in 2011. Just last month he won a separate $41 million dollar judgement.

“I would be willing to not only give the money back, I’d be willing to go into debt for that amount of money, maybe even double it, to have had my years back and had a normal life,” said Deskovic.

Deskovic used part of his settlement money to set up his own foundation to help investigate other possible wrongful convictions across the country as well as offer financial and social support to other exonerees.

“I’m trying to make my suffering count for something,” said Deskovic. 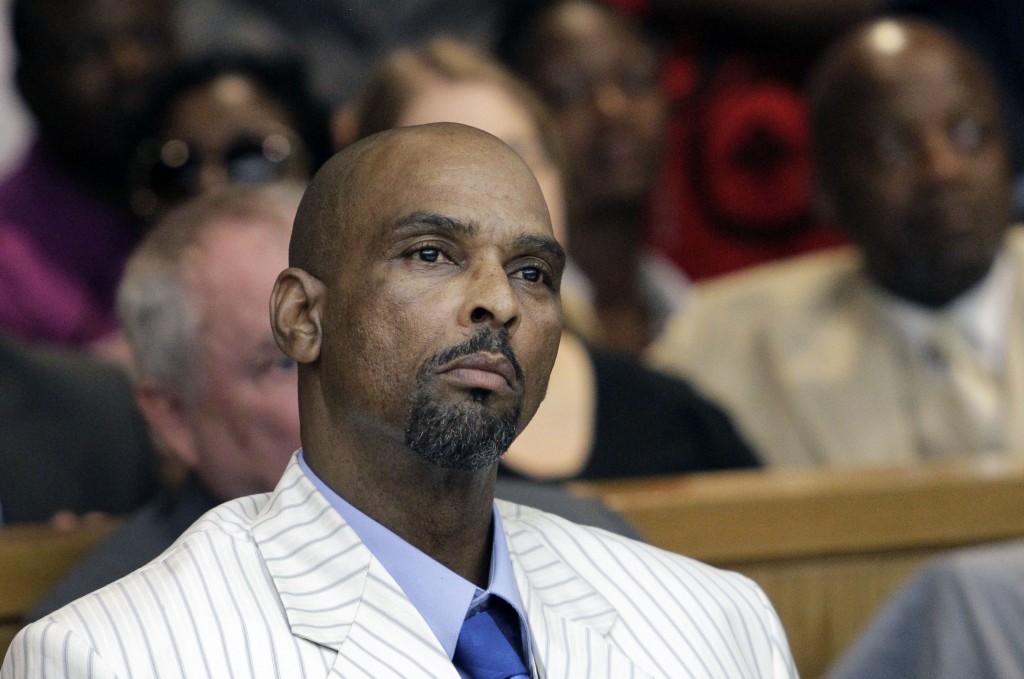 Pinchback was convicted for the rape of two teenage girls, who misidentified him in a police lineup. It wasn’t until another exonerated man (who had been in prison with Pinchback) helped him appeal for a DNA test that the evidence proved he was not the perpetrator.

Within months of being released he received a lump sum payment of approximately $80,000 for each year he was in prison from the state of Texas, and he’ll also continue to receive monthly annuity payments.

“It could never pay for the time I did [in prison] , but at least now I can have some peace.” he said.

He said he is now enjoying a normal life. He bought a ranch outside of Dallas where he spends time with his wife, his mom, and his dogs. Pinchback served six years in the military prior to his conviction and prison time.

“After so many years of being told exactly what to do and where to be, I’m enjoying doing what I want to do.”

Pinchback is just one of dozens of exonerees from Dallas County, which boasts more wrongfully convicted men than any other region in the country. He offers support and advice to other exonerees when they are let out.

“I warn them that everyone will be asking you for part of your [compensation] money once those checks start rolling in, whether they supported you during your prison time or not,” said Pinchback. The advice he gives them: “Take care of the people you love, but don’t let anyone take advantage of you.” 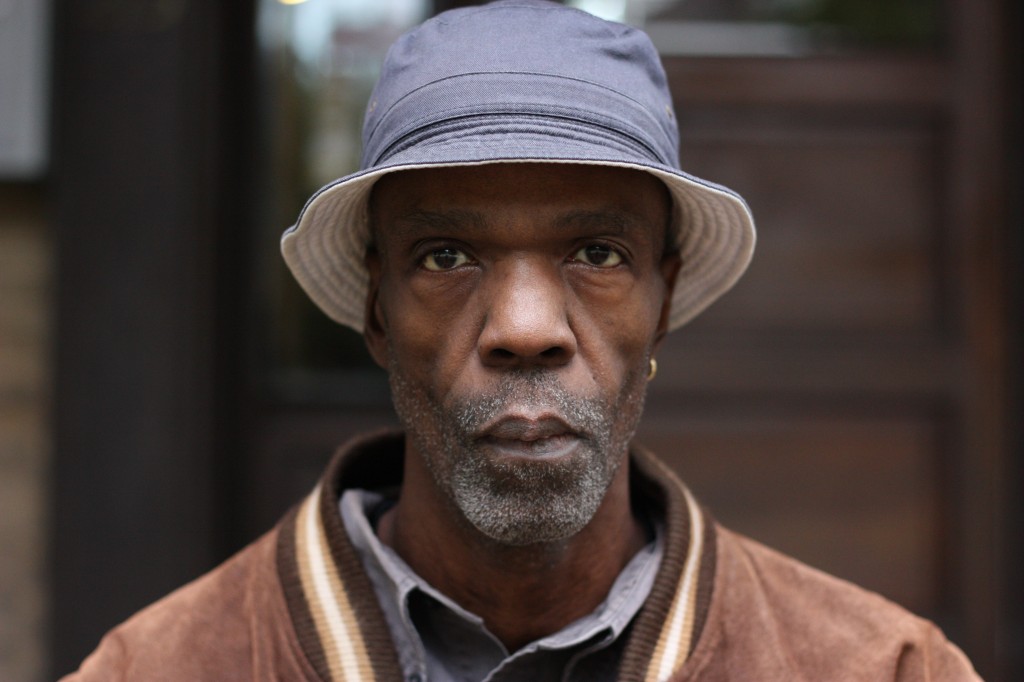 In 1989, Whitley was convicted for the murder of a young woman in Dusquene, Pennsylvania. He spent 18 years behind bars before DNA confirmed that hairs found in the ski mask of the killer did not belong to him, and he was set free.

He returned to his hometown of Braddock, Penn., where he spends most afternoons cleaning up the local meat shop in exchange for food. He gets by on a social security check of about $700 a month. Just over a year ago he moved out of his mother’s home into an apartment that costs nearly half his monthly check.

Without a compensation package in Pennsylvania, Drew Whitley sued in federal court. Even though a judge agreed that police officers were negligent in their investigation of his case, she ruled against Whitley stating that he did not prove intentional misconduct. He lost his appeals of the decision.

In addition to his financial struggles, Whitley is still wrestling with the demons of his past. “Every time somebody walks up the hallway steps, I look out the peephole, because I think they might be coming to get me,” he said. “I wake up with nightmares that I’m still locked up.”

You can read more about Drew Whitley’s case in a new book written by his lawyer called Victim of the System. 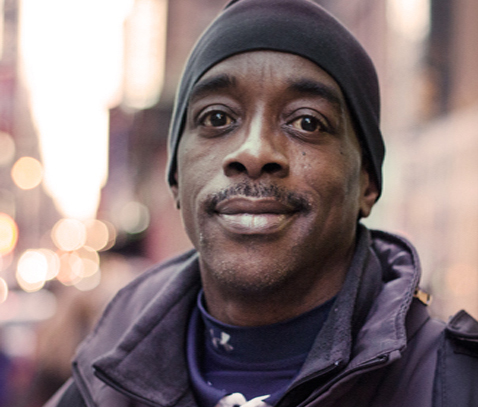 Newton served 22 years in prison for the rape, robbery and assault of a young woman who misidentified him. He spent years appealing for a DNA test, which the police claimed to have lost. It was finally found and tested proving that Newton was not guilty.

He says people now know that he didn’t do the crime but they have a different concern about him as an exoneree.

“They wonder if I picked up bad habits and became criminalized while I was in prison for all those years,” he said. “I feel like I have to defend myself against that fear.”

In 2010, he won a federal lawsuit and was awarded $18.5 million by a jury. But Newton hasn’t seen a dime of that money: a judge reversed the jury’s verdict stating that Newton didn’t sufficiently prove intentional misconduct in his case, only negligence. Newton appealed but four years later, he’s still awaiting a decision from an appellate court.  “It’s very frustrating, but I’ve learned patience with the legal system” he said.

Even without any compensation, Newton has made the most of his exonerated life. He got his Bachelor’s degree in business administration and now works for the City University of New York as a research associate. He speaks frequently about law enforcement practices leading to wrongful convictions and plans to apply for law school.

Still, he feels he can’t truly move on.

“At this point, it’s not even about blaming someone. I just want closure and to be able to move on with life. That’s what the money is about as much as anything else,” he said.

Watch the full broadcast report on the varying compensation for those who’ve been wrongfully convicted in the US below.

Left: Alan Newton, Jeffrey Deskovic, Drew Whitley, and Johnny Pinchback were all exonerated in the past decade. Credit: NewsHour