It was less than a week after Robert E. Lee surrendered to Ulysses S. Grant, ending the Civil War, that John Wilkes Booth took the shot that would change America forever. 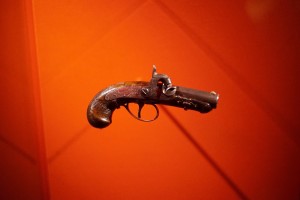 One hundred and fifty years ago today, the actor assassinated President Abraham Lincoln during a play at Ford’s Theatre in Washington, D.C. Lincoln died the following morning.

A period of national mourning followed after the president’s death. Hundreds of thousands of Americans lined up along the 1,654-mile railroad route to pay respects as Lincoln’s body was transported to his hometown in Springfield, Illinois, after the funeral in Washington D.C.

This week, there will be events around the country commemorating the anniversary. This week in Springfield, history buffs can watch the comedy playing in Ford’s Theatre that fateful day, “Our American Cousin.” Springfield also is gearing up to recreate Lincoln’s procession and the funeral in addition to other reenactments, speeches, lectures, exhibits and ceremonies. 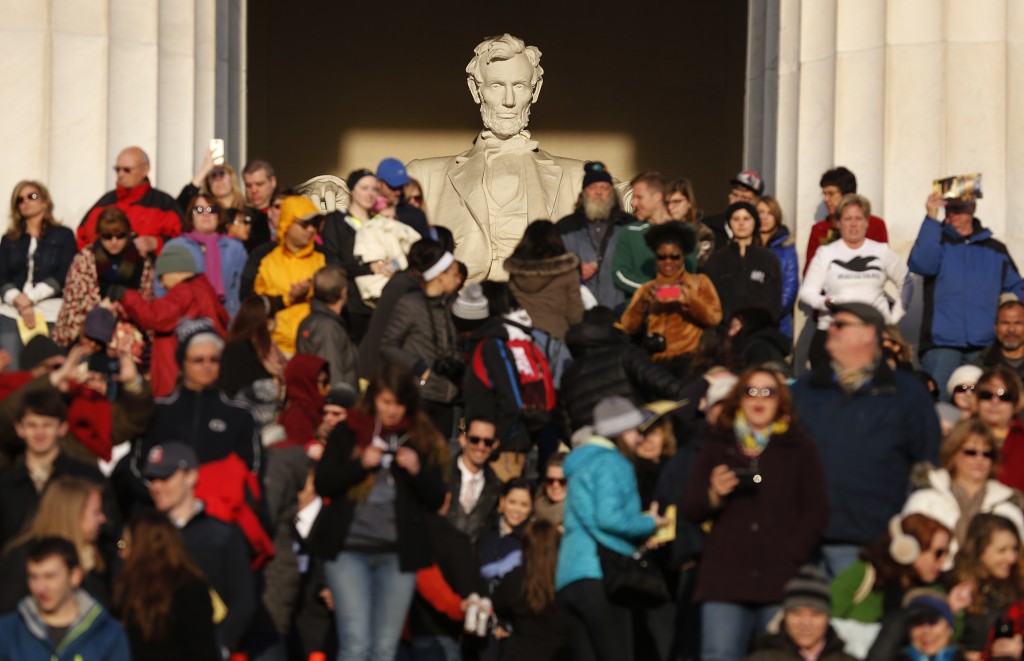 Crowds stand on the steps at the Lincoln Memorial in Washington during an Easter morning sunrise religious service April 5, 2015. Photo by Jim Bourg/Reuters

Meanwhile, in Washington, President Barack Obama is expected to declare April 15 a Day of Remembrance for President Lincoln. Ford’s Theatre will host around-the-clock programming to commemorate the anniversary starting Tuesday, including a wreath-laying ceremony, tours, candlelight vigil with historians in Civil War attire, special exhibitions of items Lincoln carried on the night of the assassination, speeches and bell-ringing across the capital.

Below is a list of a few of those events: 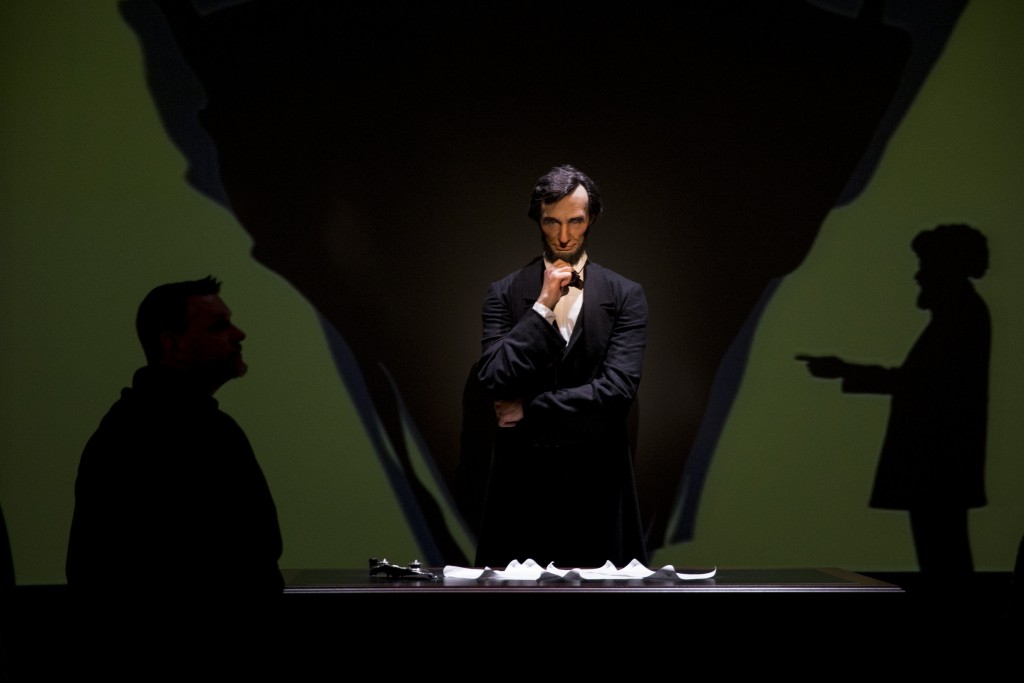 A visitor views an exhibit about U.S. President Abraham Lincoln and the Emancipation Proclamation at the Abraham Lincoln Presidential Library and Museum in Springfield, Illinois, March 21, 2015. Photo by Whitney Curtis/Reuters

Dinner with the Lincolns & Historical production of “Our American Cousin”

After feasting on peppercorn encrusted club sirloin and herb roasted red potatoes with Abraham and Mary Lincoln, “Our American Cousin,” the 1858 comedy in three acts by Tom Taylor, will draw its curtains again for the 2015 Lincoln Funeral Re-enactment, presented by Springfield Theatre Centre, 6:30 p.m. CDT, April 14.

“Now He Belongs to the Ages: A Lincoln Commemoration”

Ford’s Theatre will also livestream this event to the Smithsonian’s National Portrait Gallery: More than 150 Civil War historians dressed in era-appropriate clothes on 10th Street in front of the Ford’s Theatre. Historians will reenact the night Lincoln was shot, with first-person accounts and medical reports, 10:15 p.m. EDT, April 14. 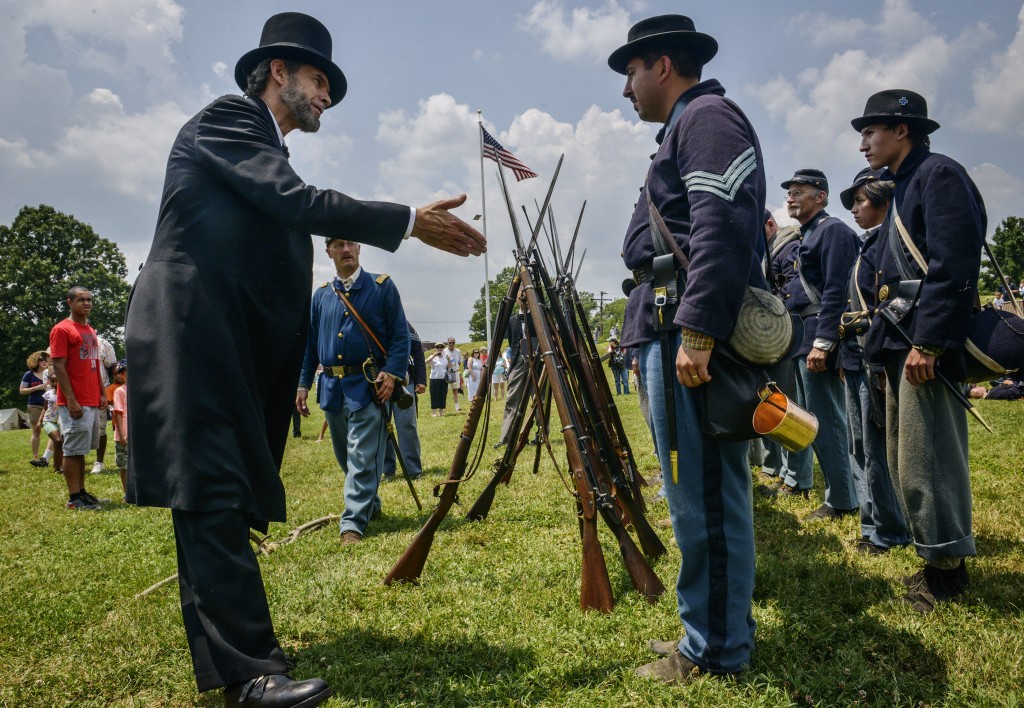 Scott Sedar, left, as Abraham Lincoln, greets members of the 61st Pennsylvania as Fort Stevens celebrates the 150th anniversary of the Civil war battle fought there, on July, 12, 2014 in Washington, D.C. Photo by Bill O’Leary/The Washington Post via Getty Images

Wreath-laying ceremony in front of the Peterson House

There will be a wreath-laying ceremony on the steps of the Peterson House — the house where Lincoln took his final breath — starting at the exact time he was pronounced dead. The Federal City Brass Band will play “Taps” to mark the time of Lincoln’s death followed by speeches by Secretary of the Interior Sally Jewell and James Swanson, author of “Manhunt: The 12-Day Chase for Lincoln’s Killer,” 7:22 a.m. EDT, April 15.

Left: Lithograph of the Assassination of Abraham Lincoln, from left to right: military officer Henry Rathbone and his fiancée Clara Harris, First Lady Mary Todd Lincoln and President Abraham Lincoln, and John Wilkes Booth. From the Library of Congress

France to ban use of wild animals in circuses, marine parks

In new videos for Biden, Obama and Harris make appeal to Black voters