Lincoln’s assassination was planned at this D.C. karaoke spot

It was 150 years ago that John Wilkes Booth shot and killed President Abraham Lincoln in Washington, D.C.’s Ford’s Theatre.

The conspiracy to assassinate the president was planned in a building that stands in D.C.’s modern-day Chinatown. Then, it served as a boarding house under the ownership of Mary Surratt. Today, it’s a Wok n’ Roll Restaurant — a spot that serves Japanese and Chinese food, and offers karaoke. It’s just a walk away from the theatre where Lincoln was murdered.

According to the National Register of Historic Places, assassination conspirators Booth, Lewis Powell and George Atzerodt stayed at Surratt’s house between September 1864 and April 1865. Days after the president was assassinated, Surratt was arrested, and later found guilty, in connection with the murder.

If you walk past the eatery, or even venture inside, it’s easy to miss the sign outside that indicates what exactly this place used to be. But make no mistake; you’re about to consume a spicy tuna roll and belt out some horrible song on historic ground. 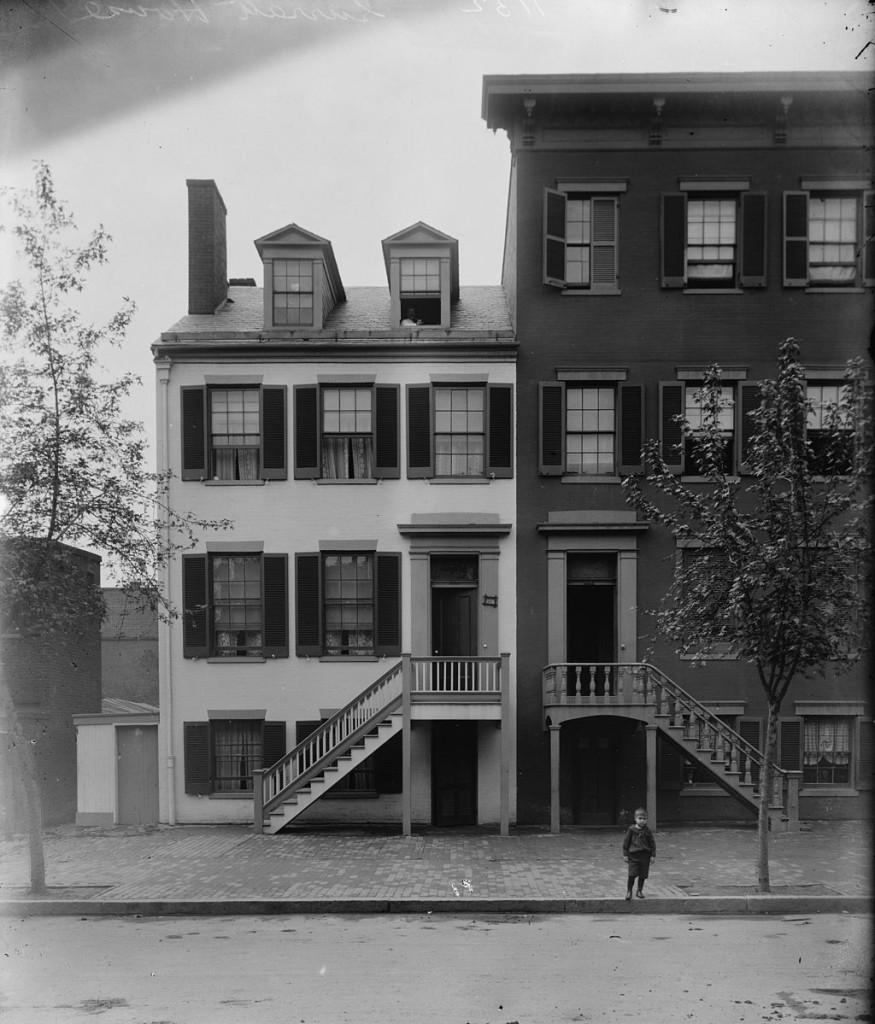 Before it was a restaurant, this building was a boarding house owned by Mary Surratt. Courtesy of Wikimedia Commons.