The geniuses are in. The John D and Catherine T. MacArthur Foundation named its 2014 Fellows Wednesday.

This year’s grantees — of what is commonly known as the “genius grant” — include a legal scholar and a labor organizer, a mathematician and a materials scientist, a public artist and two poets. They are unified not by subject matter or career track but by what the foundation refers to as their “extraordinary originality and dedication in their creative pursuits.”

Each of the 21 MacArthur Fellows will receive a $625,000 “no strings attached” stipend over the course of five years to use as they see fit.

Many of this year’s fellows are finding innovative ways to enact social change. 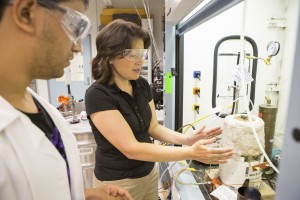 Lawyer and civil rights advocate Mary Bonauto has been the civil rights project director at Gay & Lesbian Advocates & Defenders, or GLAD, since 1990, tirelessly fighting for marriage equality. (See Bonauto on the NewsHour talk about the Defense of Marriage Act at the Supreme Court).

Social psychologist Jennifer Eberhart researches the ways that people stereotype along racial boundaries, focusing specifically on how that interacts with crime. She has recently begun to apply her work to law enforcement agencies to improve their ability to protect the communities they serve.

Legal scholar Sarah Deer has been a fierce advocate for legislation that works to defend Native American women from sexual and domestic violence.

Ai-jen Poo, director of the National Domestic Workers Alliance, has fought for the conditions of domestic workers and headed both a worker-led movement and an international campaign in their defense. 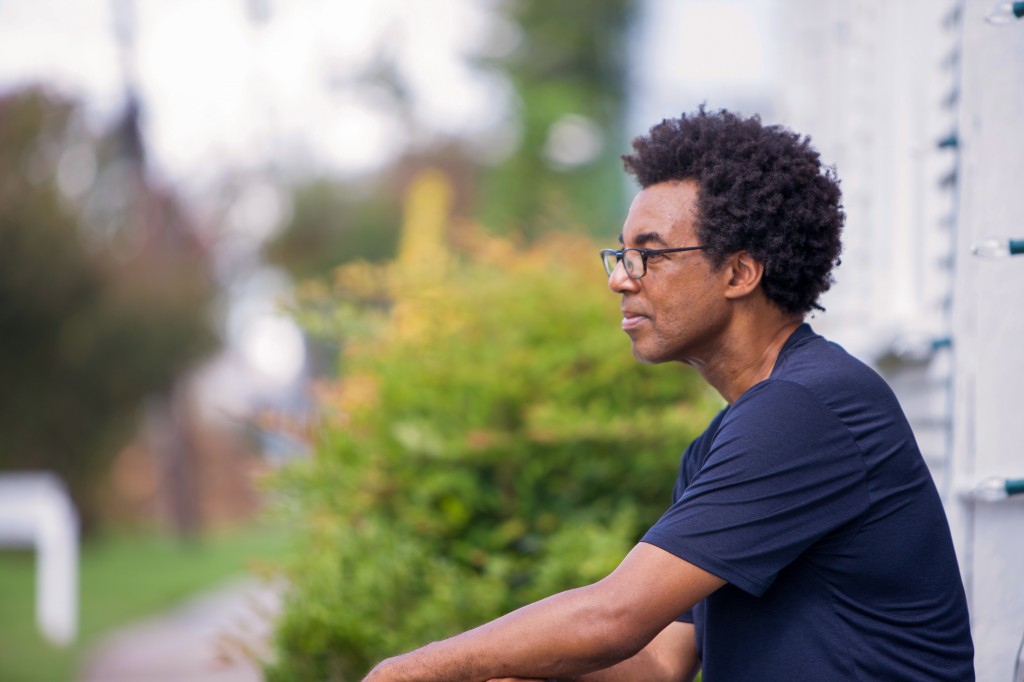 Rick Lowe is the founder of Project Row Houses in Houston. Photo courtesy of the John D. and Catherine T. MacArthur Foundation. 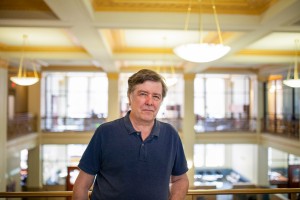 John Henneberger, co-director of the Texas Low Income Housing Information Service, is a housing advocate who created a new model for rebuilding after a disaster. Photo courtesy of the John D. and Catherine T. MacArthur Foundation.

Other winners, like John Henneberger, Rick Lowe and Joshua Oppenheimer, worked to reestablish and heal communities in the wake of devastation. Henneberger, a housing advocate, created a new model for rebuilding after a disaster. Lowe launched public art projects, such as Houston’s Project Row Houses, to help revitalize underserved neighborhoods. Documentary filmmaker Oppenheimer, best known for his documentary “The Act of Killing” about the perpetrators of Indonesia’s mass killings, was cited for redefining “the dynamic between filmmaker and subject, film and audience.” (See Oppenheimer on the NewsHour talk about the process of making his film and the future for Indonesia).

The MacArthur Foundation also recognized many scientists and mathematicians, from Jacob Lurie, who made algebraic geometry more applicable to other areas, to Danielle Bassett, a physicist who uses interdisciplinary tools to better understand the human brain. Materials scientist Mark Hersam investigated “the physical, chemical and biological properties of nanomaterials.” His methods drew on techniques from a range of sciences, including physics, engineering and chemistry, and will have potential uses in such fields as information technology and energy. 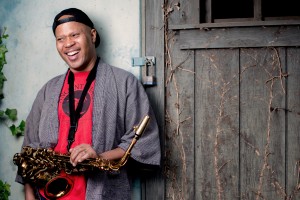 Alto saxophonist and composer Steve Coleman brings his vast knowledge of music around to the world to works by icons like John Coltrane and Charlie Parker. Photo courtesy of the John D. and Catherine T. MacArthur Foundation.

Three literary writers were also named fellows. Playwright Samuel D. Hunter is known for empathetic works that combine starkly realistic portrayals of human struggles with humor. Hunter’s plays are often set in everyday spaces such as retirement homes, staff break rooms and cramped apartments. His most well-known work, “The Whale,” follows a writing instructor distraught by his morbid obesity. (Read Hunter on the NewsHour talk about his play “A Bright New Boise”).

Poet Terrance Hayes composes verse meditating on race, gender and family. Hayes is known for his humor and his ability to both speak personally and within a greater historical and cultural context. (Watch Hayes on the NewsHour read some of his work and talk about his relationship to the city of Pittsburgh.)

Khaled Mattawa is a translator of contemporary Arabic poetry. He is responsible for publishing many of the first available English translations of some of the most highly respected poets in Jordan, Iraq and Syria. A poet himself, Mattawa does not merely translate these works into English. He does not mimic the original rhyme or meter nor does he use English poetic form, but rather he translates the spirit of the work into a new kind of poetry. Mattawa also co-founded the Arete Foundation of Arts and Culture, a center to support and promote arts in Libya. (See Mattawa on the NewsHour talk about growing up in Libya under Moammar Gadhafi’s rule).