Kieve Camp is unique place in Nobleboro, Maine. It began by offering a special type of quiet healing and respite for surviving family members of the victims of Sept. 11 terrorist attacks, and has since started doing the same for veterans if the Afghan and Iraq wars.

Ray Suarez and a team from the NewsHour recently visited the camp for a story on Monday’s broadcast:

Producers on the scene also asked a few of the veterans for their perspectives on the challenges of reintegrating to daily life, with the help of Russ Wiliams of the Kieve Camp, who took their photos: 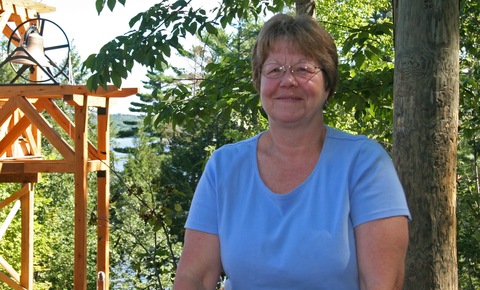 “Being in a position that I had, which was one of great responsibility, and then coming back to your regular job and having to transition back into being a worker — I didn’t have a meltdown per se, but I had stress. It was a transition, I can tell you that.

“You have to ask yourself, but you don’t realize you are going through anything, that you have changed. That is the biggest thing: recognizing that you are going through a transition and asking for that help because you really do need it and everyone goes through it. The first indication was from my husband, telling me you are being a real b—, you know. You don’t realize, I don’t think you realize. I went to Sanford [Veterans Administration] center and got help.

“My husband served in Vietnam and that is why he said something to me. He was not treated well, as we have been. I felt pain for him because the acceptance of us and the non-acceptance of them when they came back.” 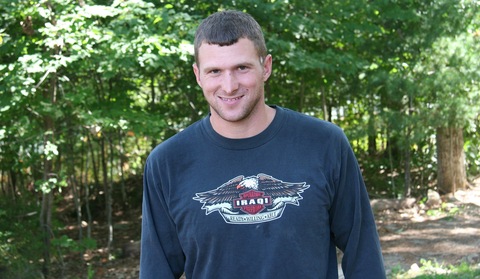 The hardest part about being back:

“Stopping at stop signs. Getting used to the rules. That was about it. I didn’t really feel bad. I actually volunteered for the last tour. I was trying to get back to my old unit. I wasn’t sure if I was going to re-enlist or not [and] I wanted to have my last tour with them.

“I got out because my wife wanted me to get out. I went into the reserves and that is where I am now. I am stronger I guess because of the experience.

“It was good money that is for sure. I am working in construction but not making as good as I was making there.” 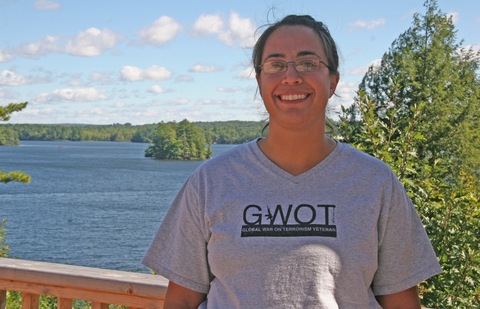 “It was horrible. My son didn’t know me, didn’t want to be around me. Within two weeks of being back, my husband asked for a divorce. I went back to work because I needed the money. I had health problems I was on medical leave from work and I was off for six weeks. It was very isolating.

“My mother called her congressman to see about services, which got me to the Lewiston Vet Center.”

Enlisted as an 18-year-old, joined the 28th Infantry in World War II 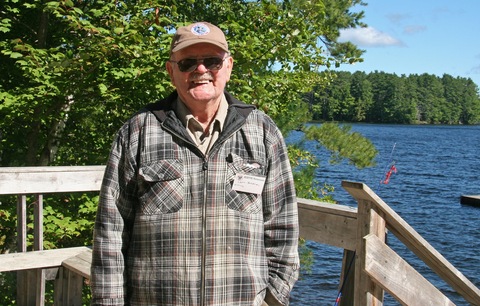 Your experiences in a different era:

“It wasn’t hard at all when I liberated. We hitched a ride to Paris (from southern France.) Trucks were going every hour and they gave us $10. We were told not to show up for roll call, but $10 didn’t last very long.

“It was quite a celebration. My mother didn’t know I was coming home — she about passed out. I knocked at the door and my mother fell to her knees, she was so surprised. My dad gave me a hug. He wasn’t too affectionate so this was a big deal.

“We didn’t do too much for a while, just hanging out and enjoying a few drinks and then we had to look for work. We had a hard working family, so it wasn’t too bad at all.

“The folks coming home now seem to be appreciated more than we were by the public. They get recognized a lot more.”

Ray Suarez on Kieve Camp for Veterans in Maine 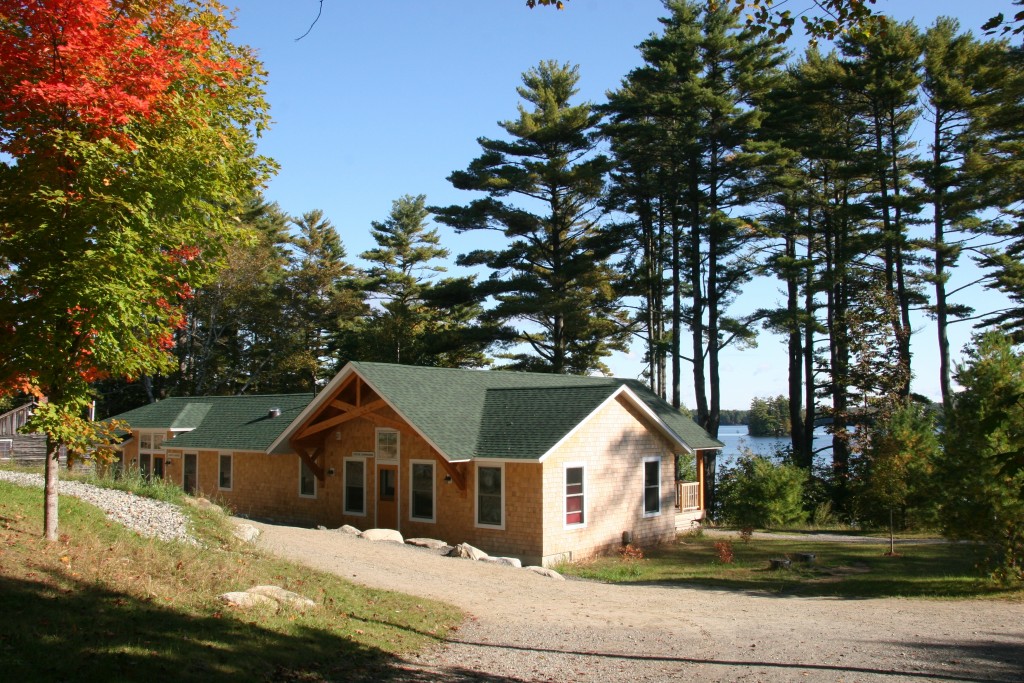 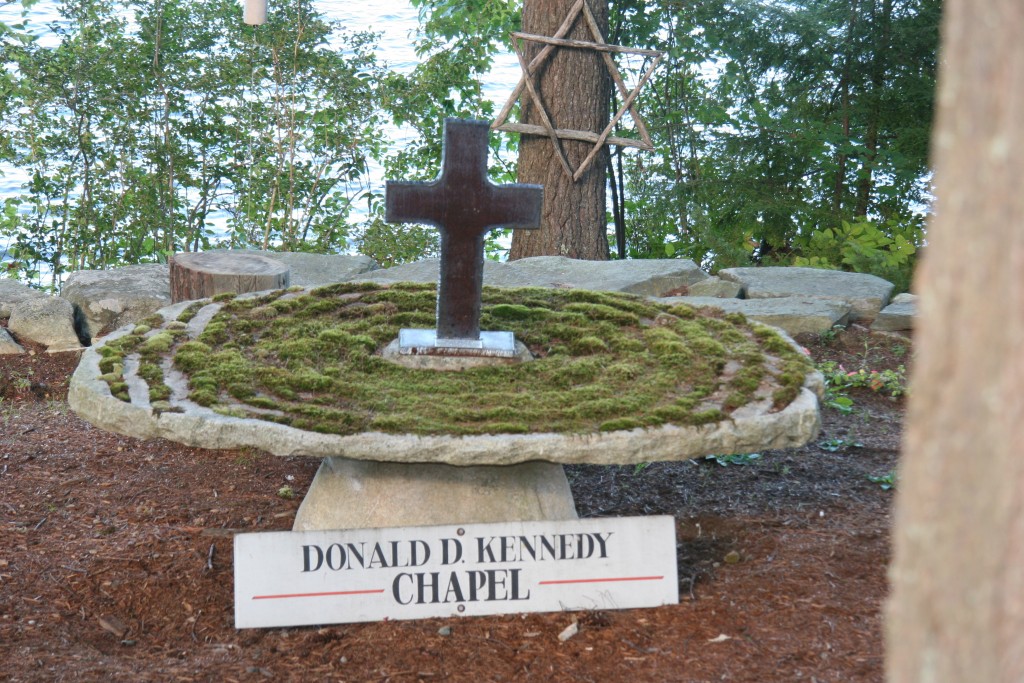 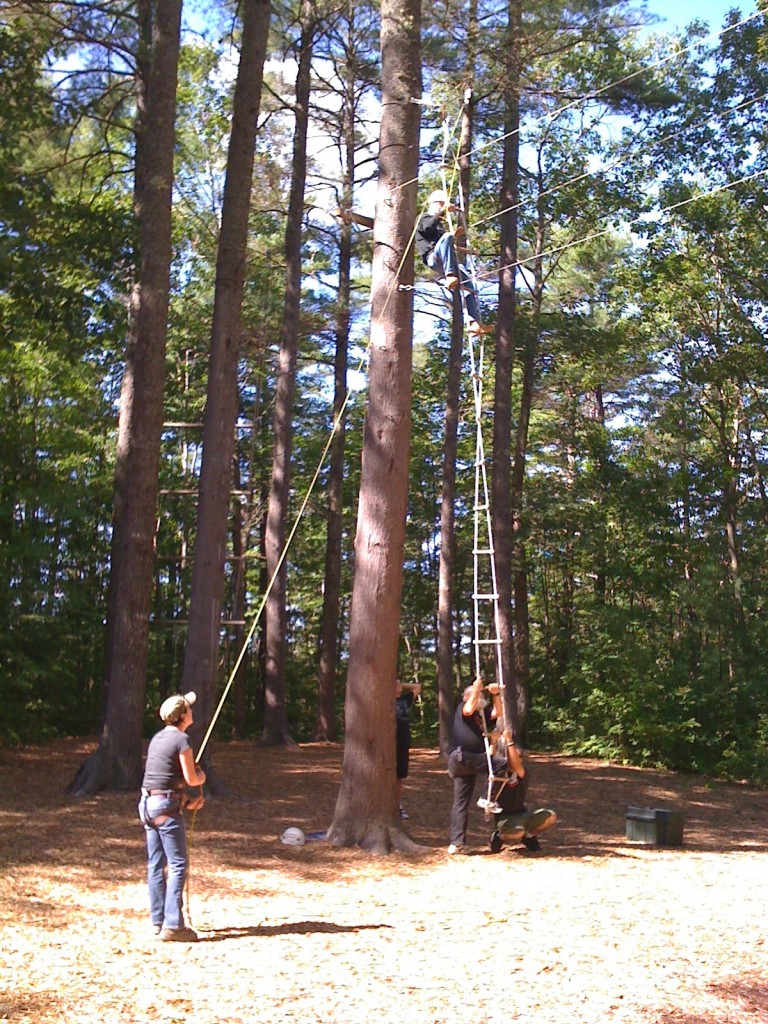 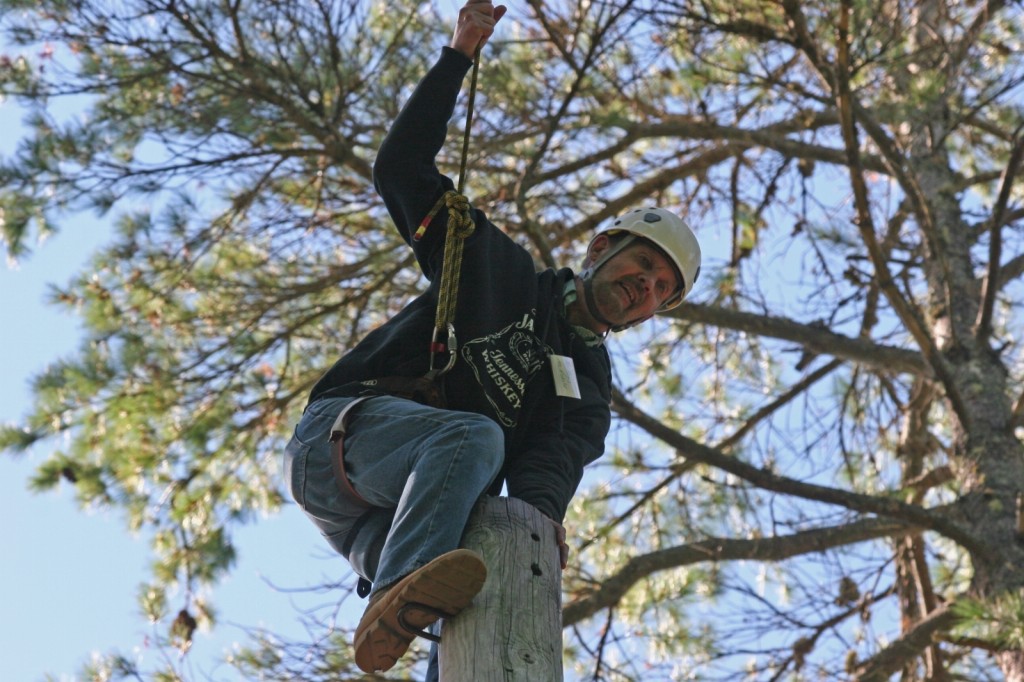 Balancing Up High
By Russ Wiliams/Kieve 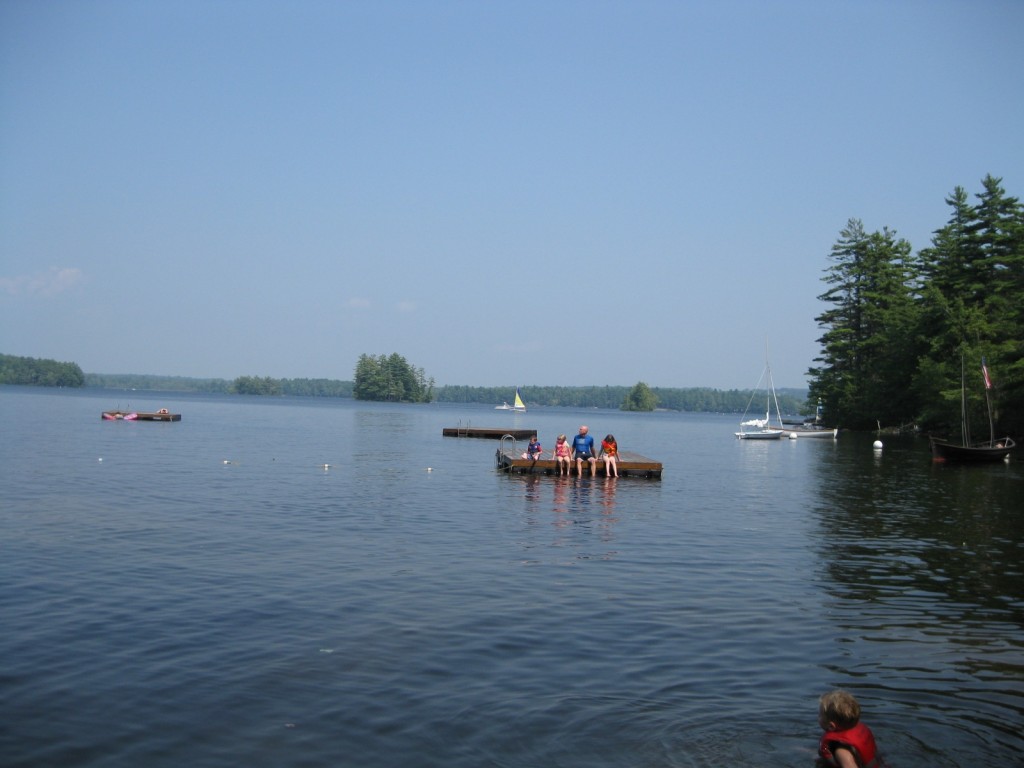 Canoeing in the Lake
By Russ Wiliams/Kieve 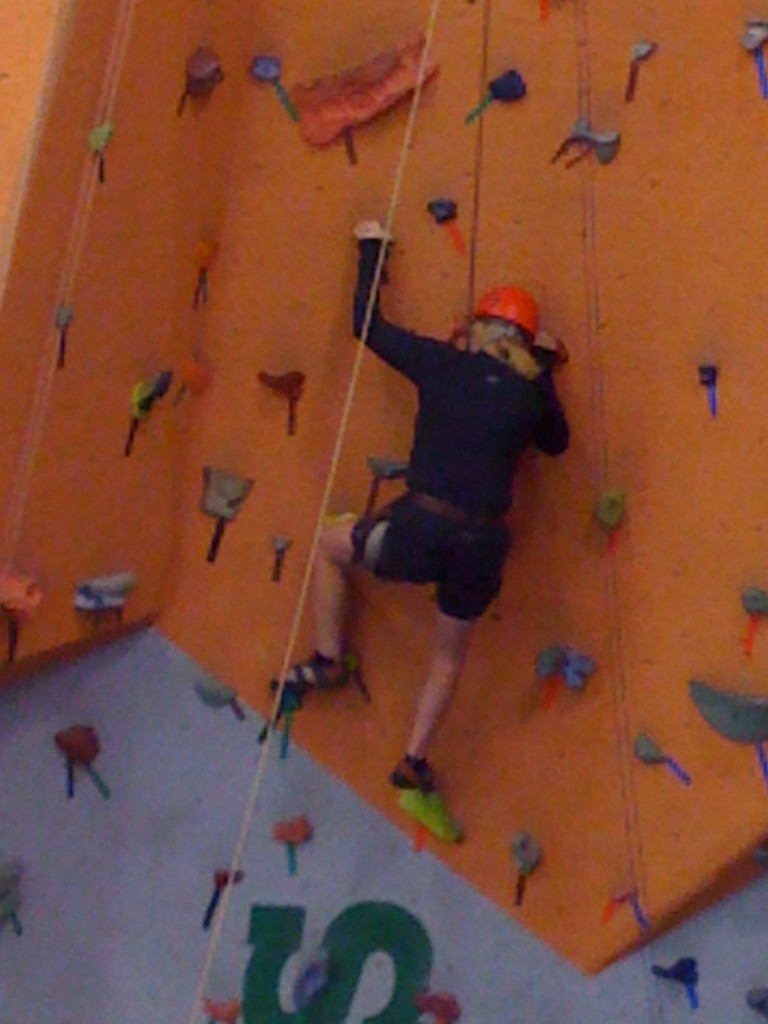 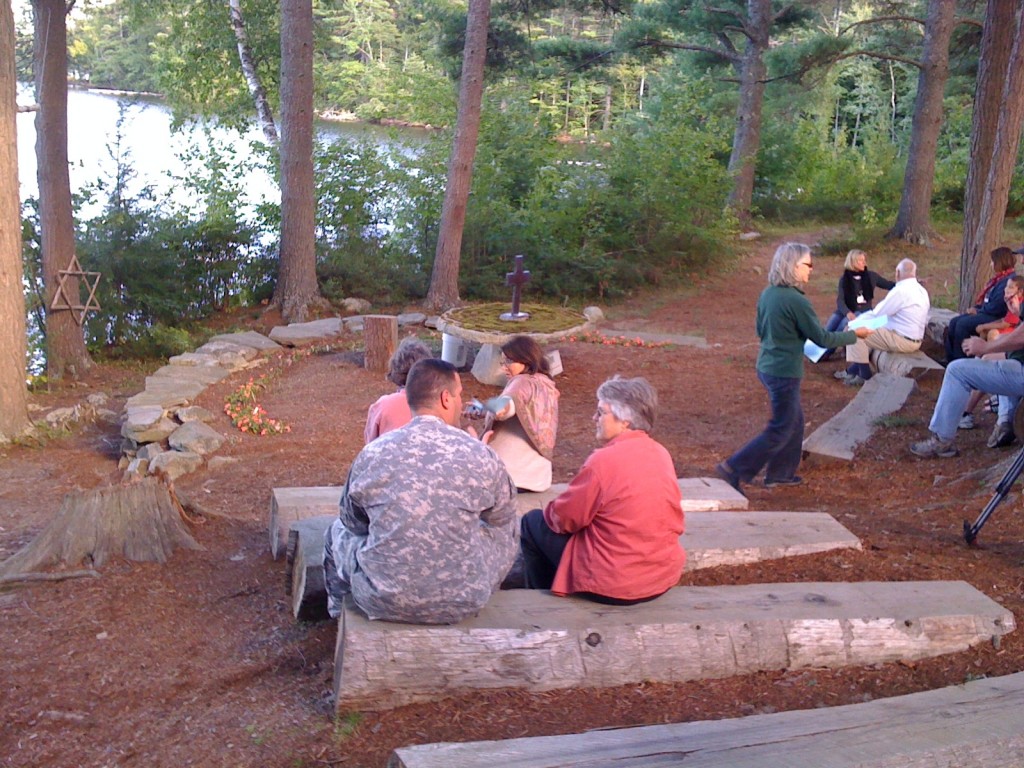 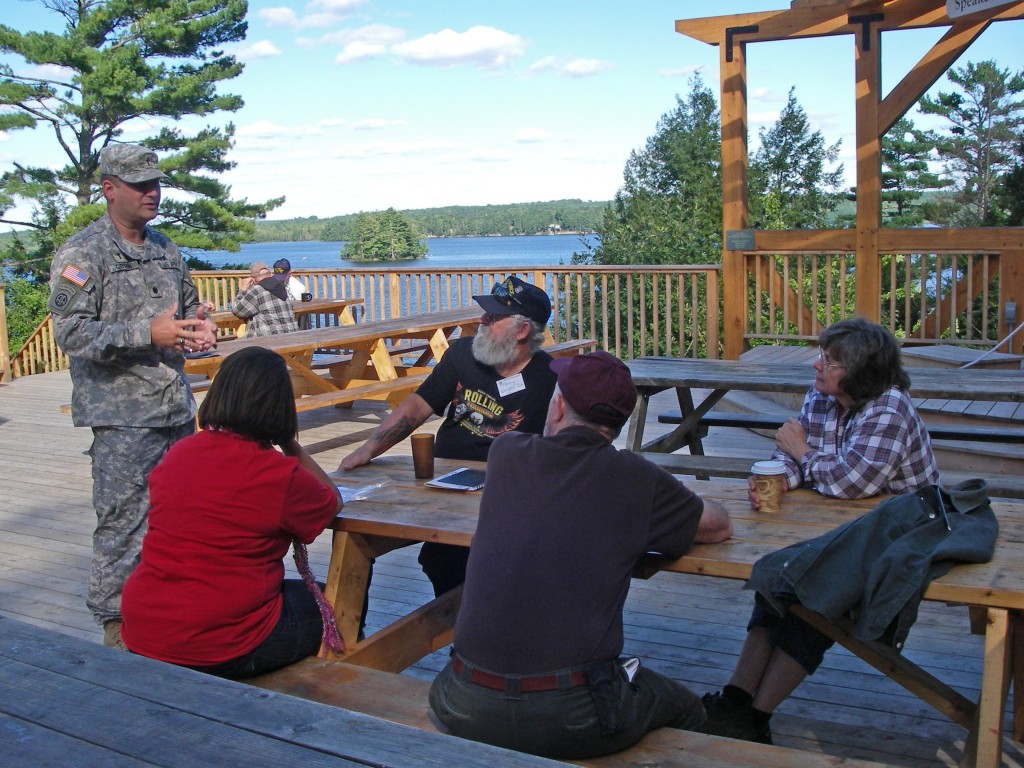 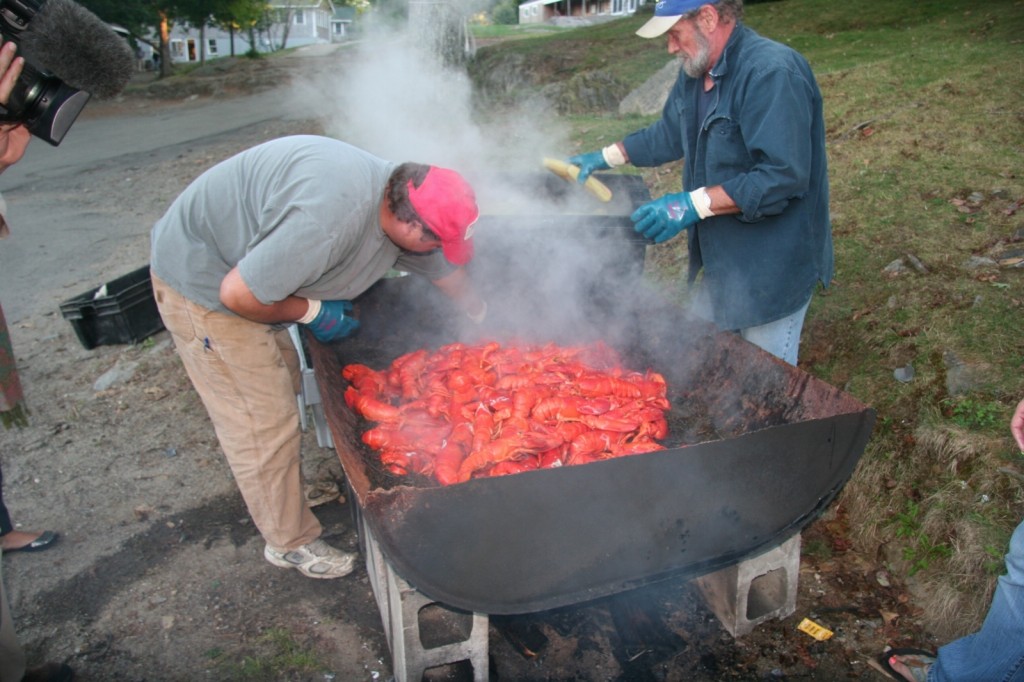 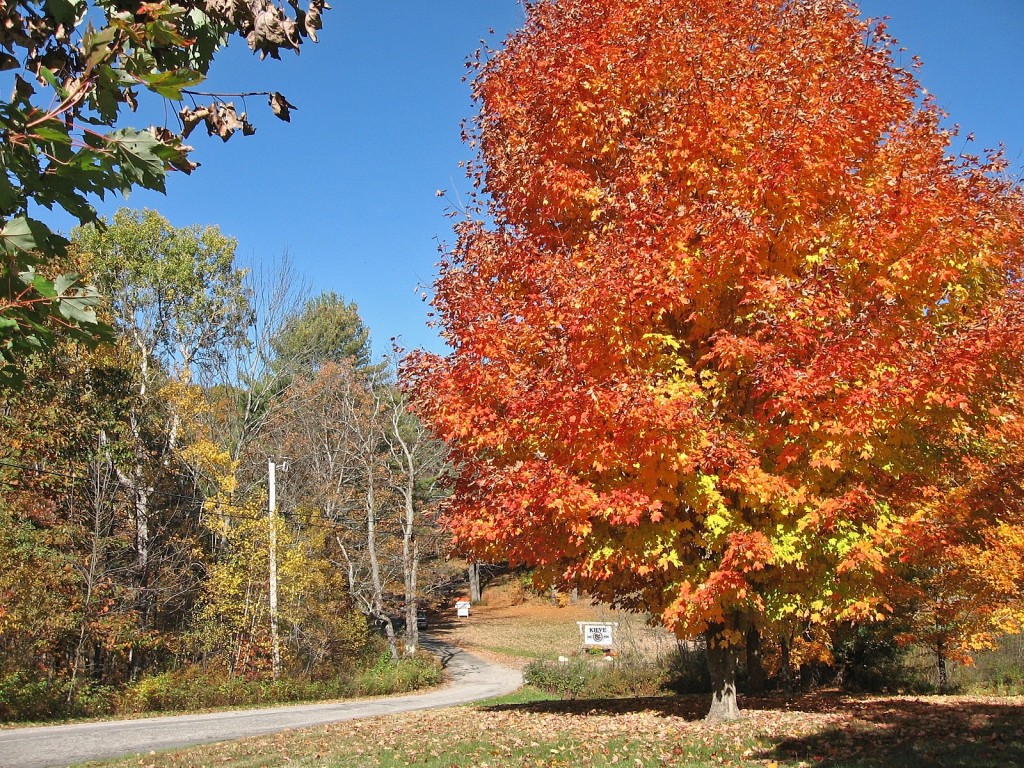