A majority of Americans believe the Senate should not confirm Supreme Court nominee Brett Kavanaugh if Christine Blasey Ford’s sexual assault allegation against him is true, according to a new survey from the PBS NewsHour, NPR and Marist Poll.

If Kavanaugh sexually assaulted Ford at a party when the two were in high school in the early 1980s, as she claimed earlier this month, 59 percent of Americans said they think he should not be confirmed. In contrast, 29 percent of those polled said they supported his nomination regardless of whether the allegation is true. 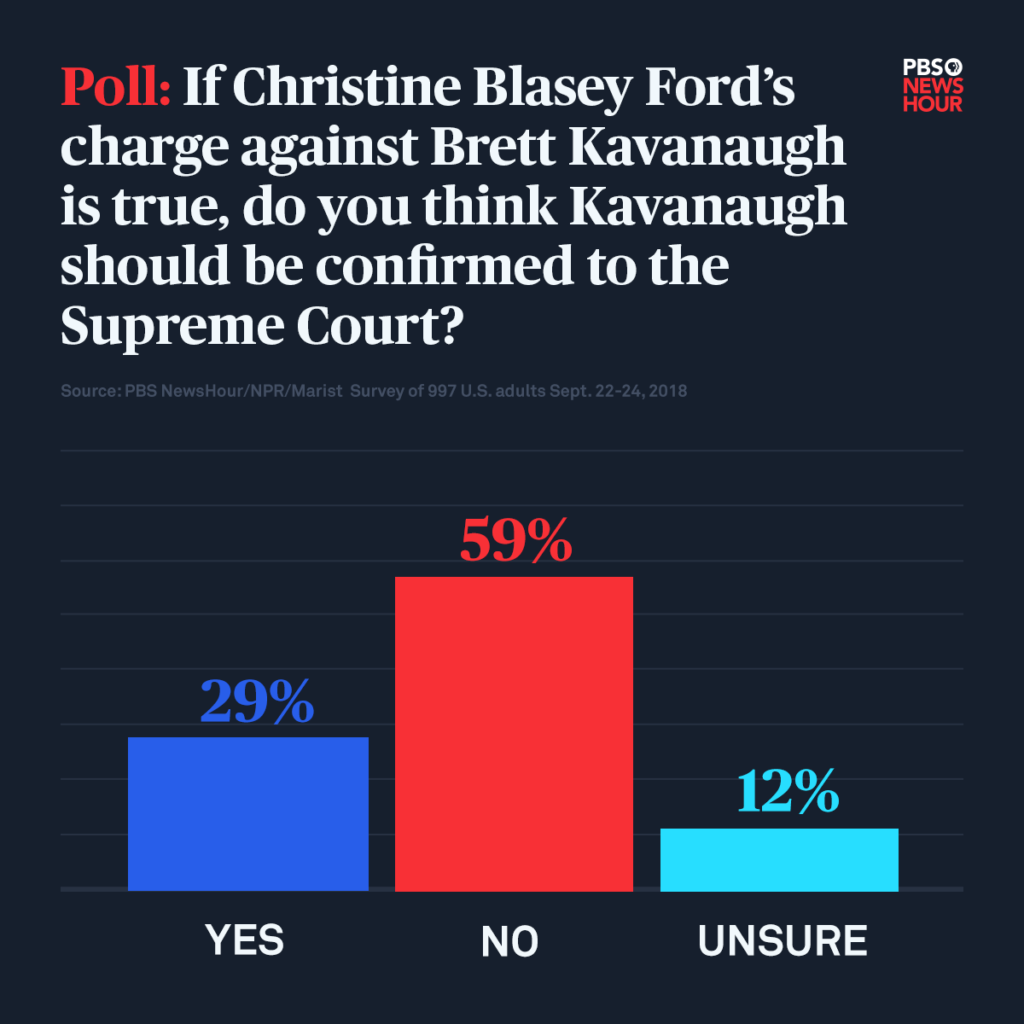 The NewsHour/NPR/Marist poll released Wednesday found that 42 percent of Americans are not sure who is telling the truth — Kavanaugh or Ford. Thirty-two percent said they believed Ford, and 26 percent said they sided with Kavanaugh.

The poll was conducted as another woman, Deborah Ramirez, came forward Sunday with her own allegation of sexual misconduct by Kavanaugh when they were in college at Yale.

READ MORE: Everything we know about the allegations against Kavanaugh

Kavanaugh has denied both allegations; he and Ford are scheduled to testify Thursday in back-to back appearances before the Senate Judiciary Committee on Capitol Hill. But the claims have raised doubts about his confirmation and have also drawn comparisons to the sexual harassment controversy surrounding then-Supreme Court nominee Clarence Thomas in 1991.

Anita Hill accused Thomas of sexual harassment during his nomination proceedings and testified before the Senate Judiciary Committee in a dramatic moment on Capitol Hill. Thomas denied the accusations, and was ultimately confirmed to the high court.

Polls at the time, conducted before Hill’s testimony, showed that roughly two-thirds of Americans opposed Thomas’ nomination if Hill’s allegations were true. The White House under President George H.W. Bush requested an FBI investigation into Hill’s claims, and concluded based on the bureau’s report that the claims were “unfounded.”

Democrats have condemned Senate Republicans for refusing to call for a similar FBI investigation into the allegations against Kavanaugh. Republicans and President Donald Trump have so far maintained their support for Kavanaugh and urged for a speedy confirmation vote. 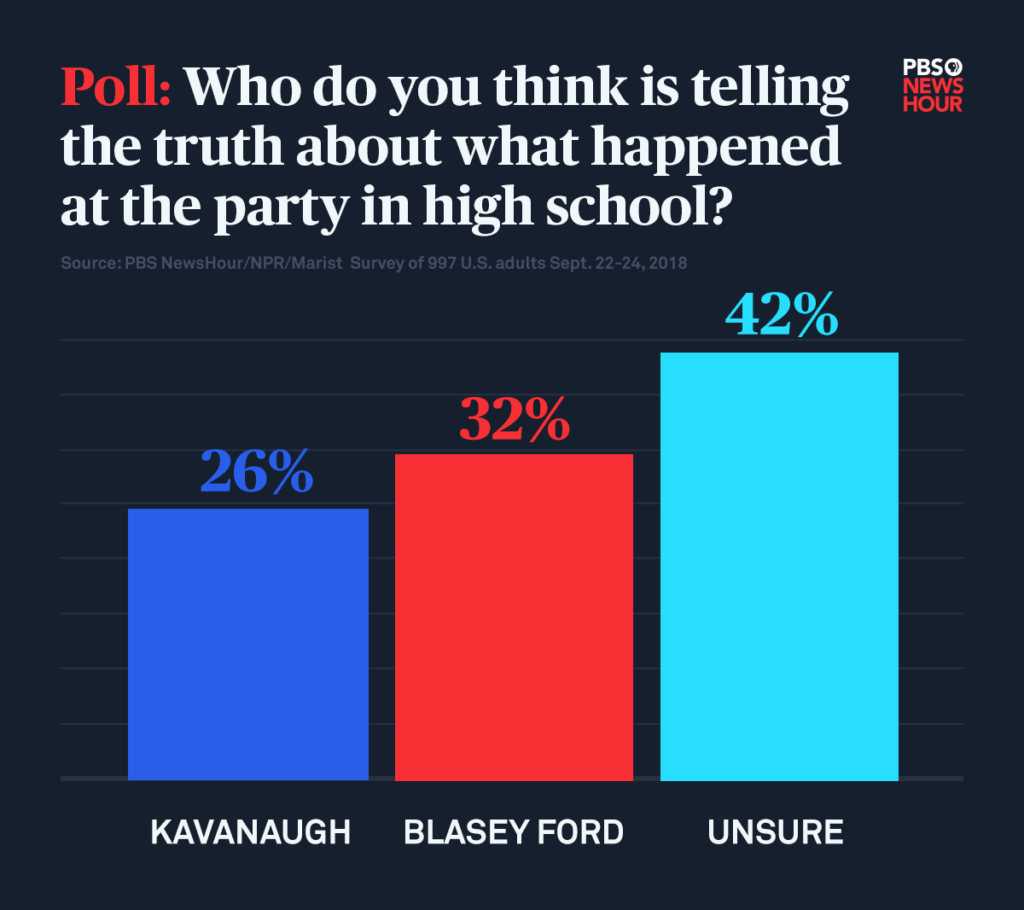 The Senate Judiciary Committee announced Tuesday that it would hold its committee vote on Kavanaugh on Friday, one day after he and Ford are scheduled to testify.

Overall, 50 percent of Americans said they were following the Kavanaugh confirmation process very closely or closely. And nearly 70 percent said it would be a factor in how they vote in the 2018 midterm elections this fall.

“Right now the jury’s still out in the court of public opinion,” said Lee Miringoff, the director of the Marist Institute for Public Opinion. But the polling shows “a lot of people say that this is going to impact their vote for Congress.”

When it comes to the midterms, the poll found the Democrats’ edge over Republicans has narrowed. Earlier this month, Democrats held a 12-point lead over Republicans on the “generic congressional ballot question,” which asks respondents if they would rather vote for a Democrat or a Republican congressional candidate. That lead is now down to 7 points, the new polls shows.

Trump’s approval rating stood at 42 percent, according to the poll, a slight increase from the 39 percent he received in the poll earlier this month.

The PBS NewsHour/NPR/Marist survey of 997 adults was conducted Sept. 22-24, and has a margin of error of 3.9 percentage points.

Left: Supreme Court nominee Brett Kavanaugh and Christine Blasey Ford, who has accused him of sexual assault, are scheduled to testify before the Senate Thursday. File Photo by Chip Somodevilla/Getty Images