You pull up your phone to check Twitter, see a couple of tweets that interest you, so you retweet or reply. We’ve all done it, or at least all of us tweeters. What you may not know, though, is that it’s possible to map the dialogue formed from those tweets, retweets and replies into different types of social and conversational structures.

The Pew Research Center and the Social Media Research Foundation analyzed thousands of twitter conversations going back to 2010. They found these conversations occurred based on the structure of the individual’s Twitter network. For example, the subjects and content that a person tweets about, the people they follow, the people who follow them and the way they network creates a structure of social activity. In a recently released report Pew reports that they uncovered six distinct patterns for these structures.

“These are data-driven early steps in understanding Twitter discussion structures that contribute to the emerging science of social participation,” Ben Shneiderman professor of computer science at the University of Maryland and a report-co-author said. “This new field is emerging right before our eyes and could eventually have a large impact on our understanding of everything from health to community safety, from business innovation to citizen science and from civic engagement to sustainable energy programs.”

Does the last conversation you had on Twitter represent one of these types of networks the researchers mapped?

This isn’t to say every tweet falls into one of the structures or that more structures couldn’t emerge. However, the six structures they discovered occurred regularly.

Pew’s team identified structures by looking for patterns. If a pattern didn’t fit into a particular structure they created a new one, Marc Smith, the director of the Social Media Research Foundation and main author of the report said. 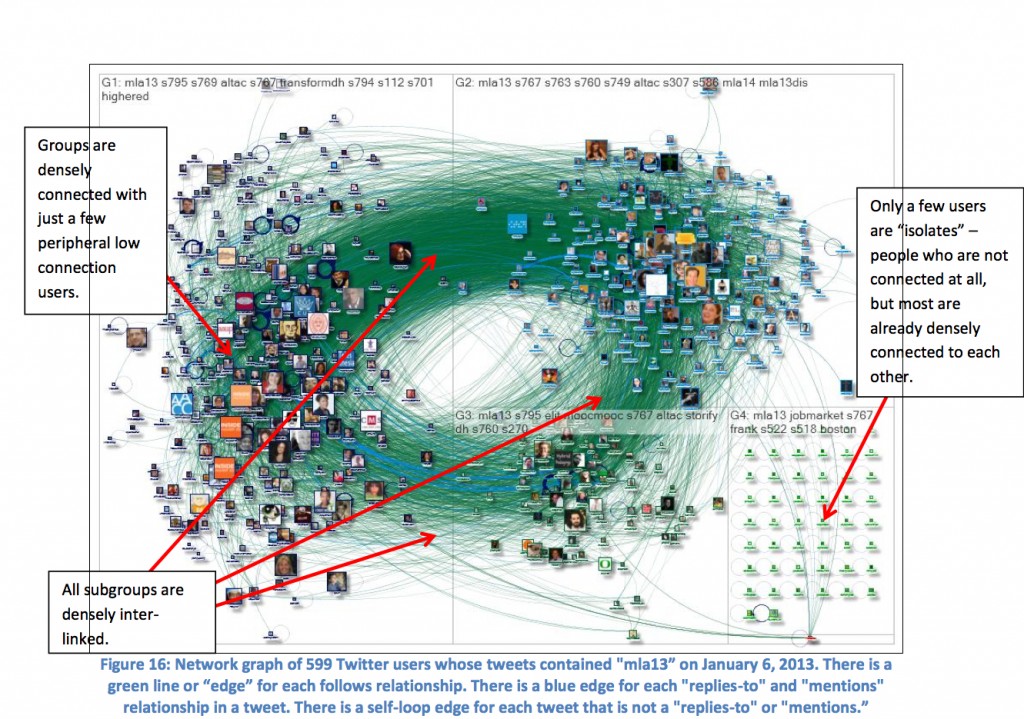 “We expected the divided structure around political topics, but were surprised by five other patterns and we didn’t find many more,” Smith said.

This report represents a new approach for Pew. Instead of their normal public opinion survey they worked with researchers at the Social Media Research Foundation and used social network analysis to reach their findings.

“These maps provide insights into people’s behavior in a way that complements and expands on traditional research methods such as public opinion surveys, focus groups and even sentiment analysis of texts,” Lee Rainie, director of the Pew Research Center Internet Project said.

Using the software tool NodeXL, a plug-in extension to Microsoft Excel spreadsheets, researchers where able to import data from thousands of Twitter networks on hundreds of topics. The tool searched for keywords and hashtags and captured the tweet, usernames, hyperlinks, hashtags and information on the tweet’s author followers and follows. The data was analyzed and visualized in network social structure maps.

Rainie described it as similar to taking a photograph or video of a crowd.

“It gives us a way to take the digital equivalent of aerial photos of crowds and simultaneously listen to their conversations,” Rainie said.

Rainie said the data also pushes back against the notion that social media has disrupted everything and that nothing is the same as before.

“It’s clear that traditional important institutions and people still have the ability to be very influential,” Rainie said. 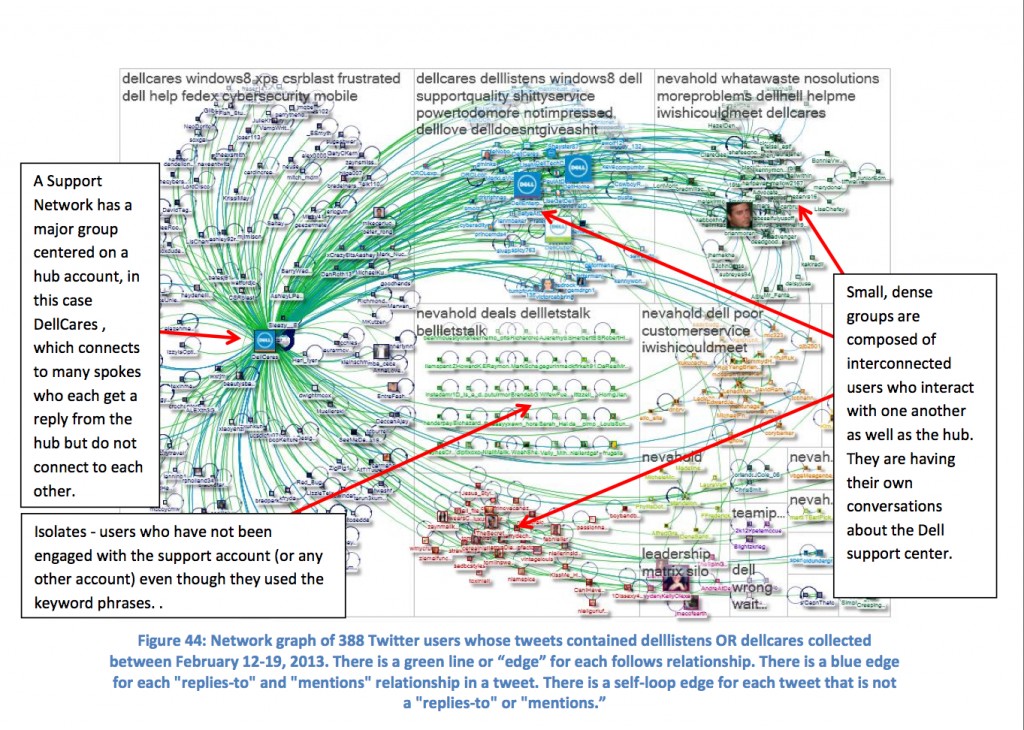 There are limitations to the data collected. NodeXL only captured public tweets in the English language and couldn’t grab direct messages or content from protected Twitter accounts. Data was also taken for specific periods of times and the researchers note it does not represent the sentiments of the full population of Twitter. Plus, Twitter users are still a relatively small demographic. According to the 2013 Pew Social Media Update only 18 percent of Internet users use Twitter and only 14 percent of the adult population.

Still, while the data is limited in scope, social media communicators everywhere will likely be pour over the results to figure out how to use it to their advantage.

In other words an organization that wants to promote a brand name, product or news story might consdier what social media network is the topic most like–or target a network type with a goal. Then they could use network maps of the topic to track the progress of their message across Twitter.

So, when you share this story on Twitter, ask yourself what social conversation you’re taking part in–and are we at PBS NewsHour mapping it to see our impact?