They were professors and accountants, dentists and beloved doctors serving their local community.

A day after the shooting at a Pittsburgh synagogue that left 11 dead, officials released the names of the victims. The oldest of them was 97. The youngest was 54. They included a pair of brothers and a husband and wife. 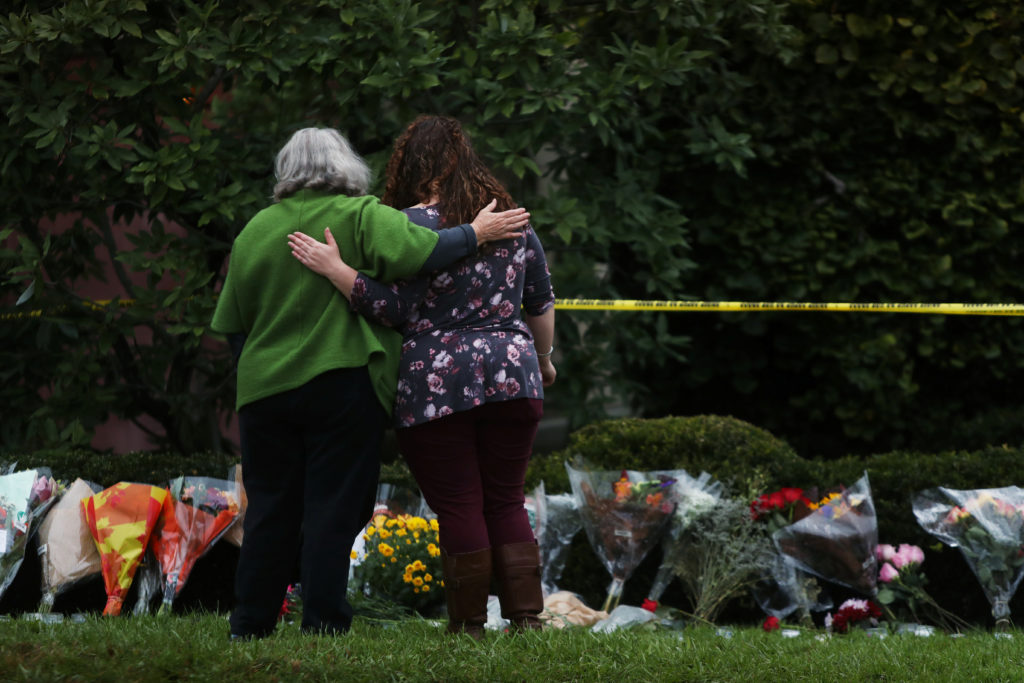 People visit an impromptu memorial at the Tree of Life synagogue following Saturday’s shooting at the synagogue in Pittsburgh, Pennsylvania, U.S., October 28, 2018. Photo by Cathal McNaughton/Reuters

Melvin Wax was the first to arrive at New Light Congregation in Pittsburgh’s Squirrel Hill neighborhood — and the last to leave.

Wax, who was in his late 80s, was among those killed when a gunman entered the synagogue Saturday and opened fire at Sabbath services. Fellow members of the congregation, which rented space in the lower level of the Tree of Life Synagogue, says Wax was a kind man and a pillar of the congregation, filling just about every role except cantor.

Myron Snider spoke late Saturday about his friend who would stay late to tell jokes with him. He said “Mel,” a retired accountant, was unfailingly generous.

“He was such a kind, kind person,” said Snider, chairman of the congregation’s cemetery committee. “When my daughters were younger, they would go to him, and he would help them with their federal income tax every year. Never charged them.

Tonight Frances and I attended a vigil for the victims of the synagogue shooting in Pittsburgh.

Anti-Semitism has absolutely no place in our commonwealth. Together we pray for the victims, their families and friends, and this entire community. #StrongerThanHate pic.twitter.com/w5HiMGmdCh

New Light moved to the Tree of Life building about a year ago, when the congregation of about 100 mostly older members could no longer afford its own space, said administrative assistant Marilyn Honigsberg. She said Wax, who lost his wife Sandra in 2016, was always there when services began at 9:45 a.m.

“I know a few of the people who are always there that early, and he is one of them,” she said.

Snider said Wax, who was slightly hard of hearing, was a pillar of the congregation, filling just about every role except cantor.

“He went Friday night, Saturday and Sunday, when there were Sunday services,” said Snider, a retired pharmacist. “If somebody didn’t come that was supposed to lead services, he could lead the services and do everything. He knew how to do everything at the synagogue. He was really a very learned person.”

Snider had just been released from a six-week hospital stay for pneumonia and was not at Saturday’s services.

READ NEXT: Police: Synagogue gunman said he wanted all Jews to die

“He called my wife to get my phone number in the hospital so he could talk to me,” Snider said. “Just a sweet, sweet guy.”

Former Allegheny County Deputy District Attorney Law Claus remembered Jerry Rabinowitz, a 66-year-old personal physician and victim in Saturday’s shooting, as more than a physician for him and his family for the last three decades.

“He was truly a trusted confidant and healer,” he wrote in an email to his former co-workers on Sunday.

He said Rabinowitz had an uplifting demeanor and would provide sage advice.

“Dr. Jerry Rabinowitz … could always be counted upon to provide sage advice whenever he was consulted on medical matters, usually providing that advice with a touch of genuine humor,” Claus said. “He had a truly uplifting demeanor, and as a practicing physician he was among the very best.”

Rabinowitz, a family practitioner at UPMC Shadyside, was remembered by his UPMC as one of its “kindest physicians.” The hospital said in a statement that “the UPMC family, in particular UPMC Shadyside, cannot even begin to express the sadness and grief we feel over the loss.”

“Those of us who worked with him respected and admired his devotion to his work and faith. His loss is devastating,” Tami Minnier, UPMC chief quality officer, wrote in a statement on Twitter.

Joyce Fienberg and her late husband, Stephen, were intellectual power houses, but those who knew them say they were the kind of people who used that intellect to help others.

Fienberg was among the 11 victims of a gunman who entered the Tree of Life Synagogue in Pittsburgh Saturday and opened fire.

The 74-year-old spent most of her career at the University of Pittsburgh’s Learning Research and Development Center, retiring in 2008 from her job as a researcher looking at learning in the classroom and in museums. She worked on several projects including studying the practices of highly effective teachers.

Dr. Gaea Leinhardt, who was Fienberg’s research partner for decades, said she is devastated by the murder of her colleague and friend.

“Joyce was a magnificent, generous, caring, and profoundly thoughtful human being,” she said. 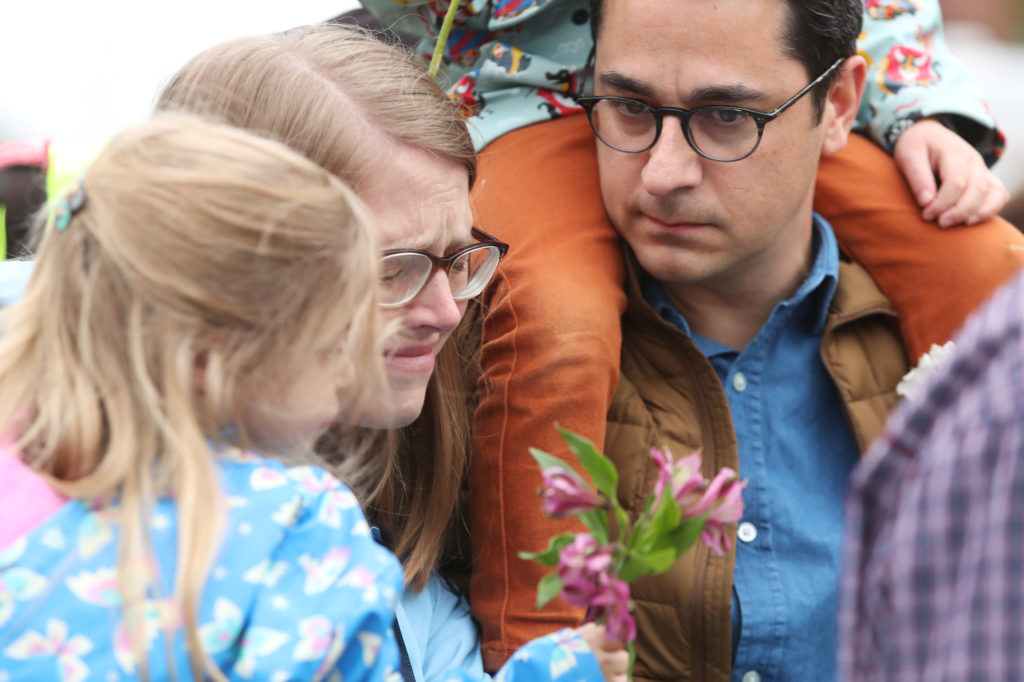 Mourners grieve upon visiting an impromptu memorial at the Tree of Life synagogue following Saturday’s shooting at the synagogue in Pittsburgh, Pennsylvania, U.S., October 28, 2018. Photo by Cathal McNaughton/Reuters

DANIEL STEIN: ‘PASSIONATE ABOUT THE COMMUNITY AND ISRAEL’

Daniel Stein was a visible member of Pittsburgh’s Jewish community, where he was a leader in the New Light Congregation and his wife, Sharyn, is the membership vice president of the area’s Hadassah chapter.

“Their Judaism is very important to them, and to him,” said chapter co-president Nancy Shuman. “Both of them were very passionate about the community and Israel.”

Daniel Stein, 71, was among a corps of the New Light members who, along with Wax and Richard Gottfried, 65, made up “the religious heart” of the congregation, helping the rabbi with anything and everything that needed to be done to hold services, Cohen, the congregation co-president, said.

Stein’s nephew Steven Halle told the Tribune-Review that his uncle “was always willing to help anybody.”

With his generous spirit and dry sense of humor, “he was somebody that everybody liked,” Halle said.

Left: Flowers and candles are placed outside the Tree of Life synagogue following Saturday's shooting at the synagogue in Pittsburgh, Pennsylvania, U.S., October 28, 2018. Photo by Aaron Josefczyk/Reuters