Men continue to outnumber women in the media, study says 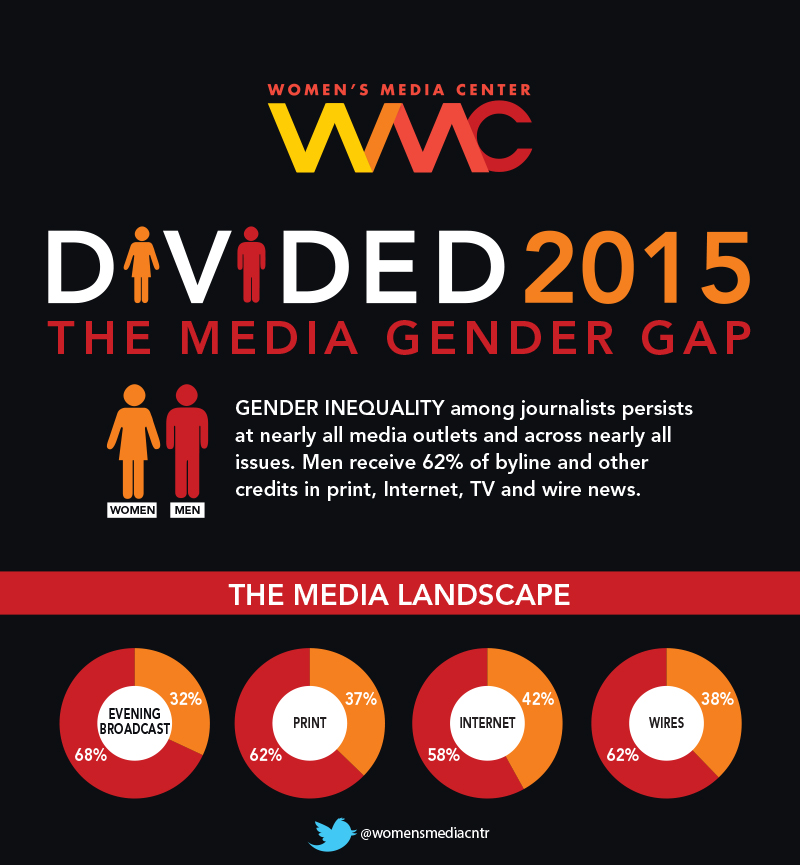 Men outnumber women in news anchor seats and bylines in print and online, according to a study released Thursday by the Women’s Media Center based in New York and Washington, D.C.

In total, 62.1 percent of these media positions were filled by men compared to 37.3 percent by women, the study found. The percentage of men dropped one point from 2014.

The research looked at 10 major newspapers and found women had bylines 32 percent to 55 percent of the time. At the low end of the scale were the New York Times, Denver Post and Daily News. The Chicago Sun Times was the only newspaper with a majority of women bylined at 55 percent. 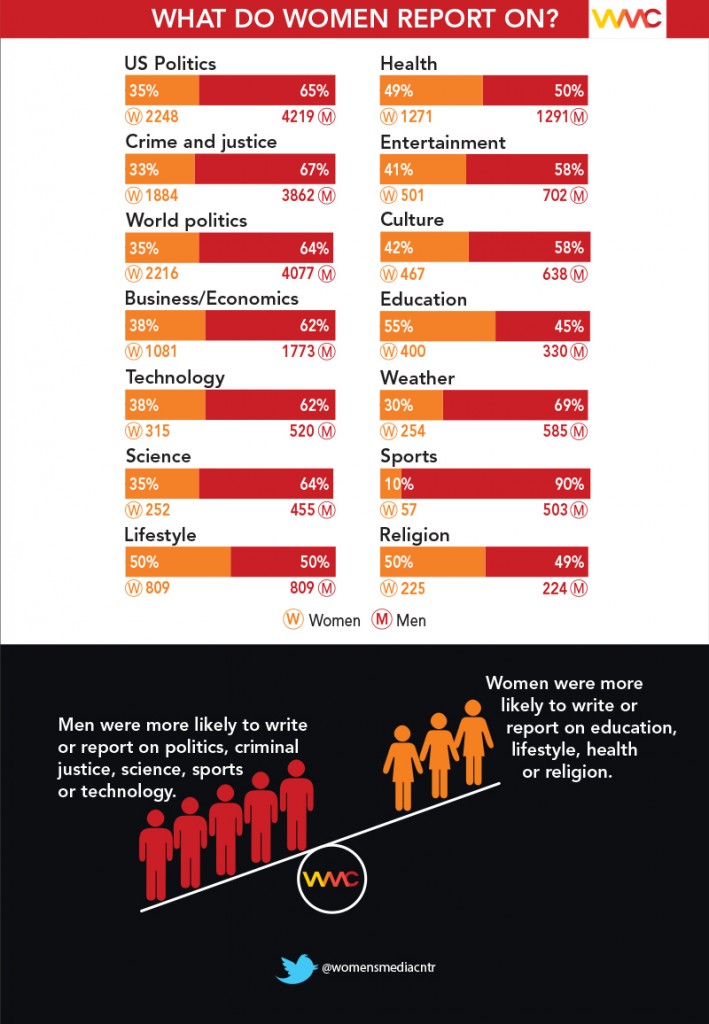 Women tended to write about education, lifestyle, health and religion, whereas men usually wrote about politics, criminal justice, science, sports and technology, according to the research.

“We have a long way to go before we reach gender and racial/ethnic parity,” said Women’s Media Center President Julie Burton. “The good news – for those willing to chart a different course – is that there is an opportunity both to do good and to do well by expanding the talent and source pools to better serve the majority audience that is women.”