Millions of veterans will miss disability payments if the shutdown continues 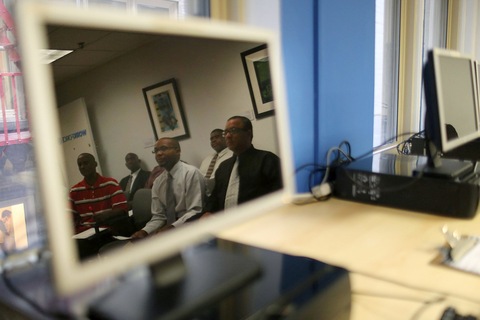 Shinseki spelled out some of the dire consequences of a longer-term shutdown in testimony before the House Committee on Veterans’ Affairs. The short-term consequences have meant that disability claims production has slowed by an average of about 1,400 per day since the shutdown began Oct. 1, and that has stalled the department’s efforts to reduce the backlog of disability claims pending for longer than

In all, more than $6 billion in payments to more than five million beneficiaries would be halted with an extended shutdown.

In some areas, like health care delivery, there have been few adverse effects. In others, such as reducing the claims backlog, he noted that the backlog has increased by 2,000 since the shutdown began Oct. 1. In the previous 190 days, the backlog had dropped by about 193,000.

Shinseki drew comparisons to the last shutdown in 1996, a time of sustained peace. The current shutdown occurs as the war in Afghanistan is in its 13th year and as hundreds of thousands have returned from Iraq. They are enrolling in VA care at higher rates than previous generations of veterans.

“They, along with the veterans of every preceding generation, will be harmed if the shutdown continues,” Shinseki said.

Rep. Jeff Miller, the Republican chairman of the committee, said he called the hearing because he wanted to make sure veterans knew the impact of the shutdown. He questioned whether the Obama administration had been forthcoming enough. For example, the first guidance that VA put out regarding the shutdown did not mention any impact on payments to veterans or the processing of their benefits. Miller also said President Barack Obama had implied the day before the shutdown that counseling services for PTSD could be affected, but health services have been fully funded.

“We’ve had some difficulty in the last couple of weeks getting good information about VA’s contingency plan and the effects a lapse in appropriation would have on veterans. ” Miller said.

Shinseki said the VA planned for an orderly shutdown but has confronted “unprecedented legal and programmatic questions” and would do its best to keep lawmakers informed.

“I had no idea this was intended to happen,” Shinseki said of the shutdown.

The House has passed legislation that would provide veterans disability, pension and other benefits in the event of a prolonged shutdown. But the White House has urged lawmakers not to take a piecemeal approach to continuing government services.

Shinseki made that case as well, saying it’s not the best solution for veterans. He noted that even if the VA were fully funded, some services to veterans would suffer.

He said the Labor Department has largely shut down its VETS program, which provides employment and counseling services to veterans. The Small Business Administration has closed 10 centers focused on helping veterans create and operate businesses. And the Housing and Urban Development Department is not issuing new vouchers to homeless vets, though those relying on vouchers to pay rent will be able to continue using them.

“Veterans, of course, are affected like other Americans by the government shutdown — more than 600,000 veterans are employed by the federal government, many others work for impacted federal contractors, or work for other businesses that are suffering from the shutdown,” Shinseki said.

Veterans groups have largely avoided taking sides in the battle, supporting both the Republican-controlled House’s efforts to pass legislation extending funding specifically for certain VA benefits as well as the Democratic-led effort to fund the entire federal government.

Some groups have expressed frustration with what they described as incomplete or inconsistent statements from the VA about the impact.

“These inconsistencies have left veterans confused, concerned and dismayed,” said Alex Nicholson, the legislative director for Iraq and Afghanistan Veterans of America.

Nicholson says his organization has been fielding countless calls and messages from veterans worried about the shutdown’s impact.

Analysis: US to hit 200K dead; Trump sees no need for regret

Trump promises to replace Ginsburg with a woman – and soon