Minneapolis police chief Janeé Harteau resigned on Friday in the aftermath of the death of Justine Damond, an unarmed 40-year-old Australian woman fatally shot by a police officer.

“I have to put the communities we serve first. I’ve decided I am willing to step aside to let a fresh set of leadership eyes see what more can be done for the MPD to be the very best it can be,” Harteau said in her resignation statement.

Harteau worked with the Minneapolis police department for 30 years and had served as the city’s police chief since 2012. She was the first woman, first Native American and first openly gay person to serve as chief in Minneapolis.

“I’ve lost confidence in the Chief’s ability to lead us further,” Minneapolis Mayor Betsy Hodges, who asked Harteau to step down, said in a statement on Friday. “This just means that the time has come for new leadership at MPD to get us where all we know we need to be.” 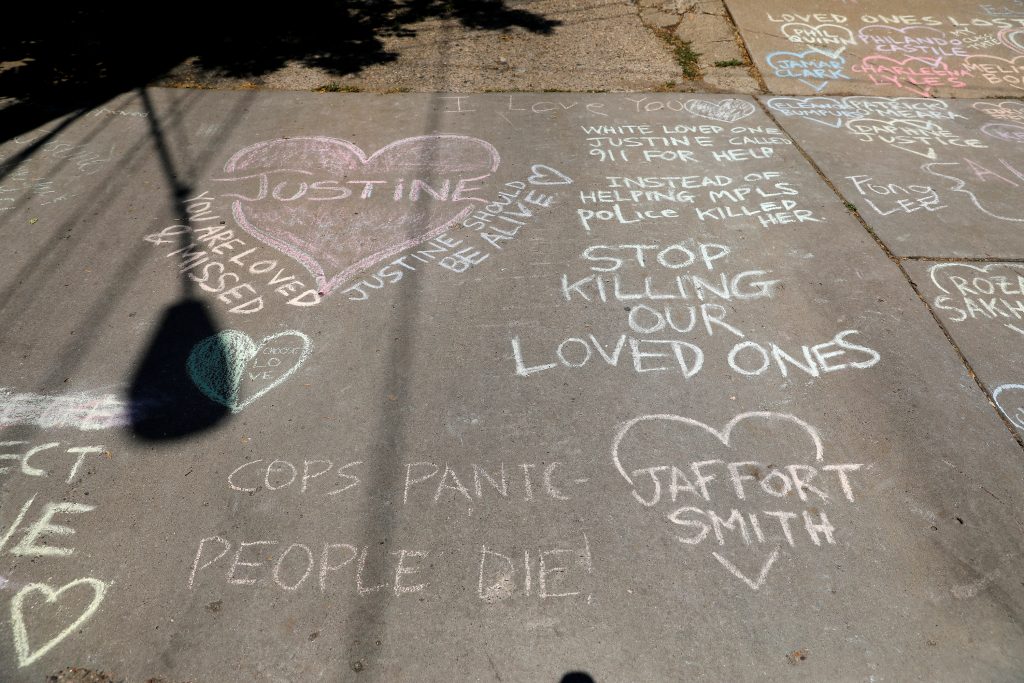 Memorials on the alleyway for Justine Damond who was shot by a Minneapolis police officer in Minneapolis, Minnesota, U.S., July 17, 2017. Photo by Adam Bettcher/Reuters

On the night of Saturday, July 15, Damond called 911 to report a possible sexual assault after hearing a woman screaming in an alley near her home. Officer Matthew Harrity, who responded to the call with Officer Mohammed Noor, reported hearing a loud sound as the pair drove around the scene of the reported assault.

Damond approached the driver’s side of the vehicle. Noor then shot Damond from the passenger’s seat. The officers were wearing body cameras that were not turned on at the time of the shooting.

The Star Tribune reported that a witness bicycling around the area before the shooting later saw officers performing CPR.

In a news conference on Friday at Minneapolis City Hall, Hodges announced the new police chief was Medaria Arraondo, a African American man who has worked for the Minneapolis police force since 1989. Protesters who disrupted the conference demanded Hodges’ resignation, though Hodges said that she would not resign.

“Your police department has terrorized enough,” one protester yelled, while others held a banner that read “Communities Against Police Brutality.”

The local government’s response to and media coverage of the shooting have led to online backlash by critics who speculate whether the response was greater because the victim of the shooting was a white woman.

In response to the police chief’s resignation, activist and writer Shaun King tweeted, “Police kill a white woman and heads are rolling like never before.”

In a piece for the New York Daily News, King wrote, “Maybe, just maybe, with the shooting death of Justine Damond, millions of white people, for the very first time, will now see a victim of police brutality, and see themselves.”

Robert Bennett, the attorney appointed to represent Damond’s family, said she was “‘the most innocent victim’ of a police shooting he has ever seen,” the Star Tribune reported.

Originally from the Sydney area in Australia, Damond studied veterinary science at the University of Sydney, according to the Sydney Morning Herald. She met her fiance Don Damond while on a trip to the United States and moved to Minneapolis in 2015. Damond was an active member of the Lake Harriet Spiritual Community in Minneapolis, whose website called her “a gifted speaker, meditation leader, teacher and transformation coach.” She had planned to marry her fiance in August.

Minnesota has seen high-profile cases of police violence before. In 2015, Jamar Clark was shot and killed after an altercation with two Minneapolis police officers. No charges were brought against the officers.

In 2016, Philando Castile was shot and killed by Officer Jeronimo Yanez during a traffic stop in Falcon Heights, a suburb of St. Paul. A jury acquitted Yanez of involuntary manslaughter charges in June.

The Minnesota Department of Public Safety Bureau of Criminal Apprehension continues its investigation of the shooting of Damond.