Moms have made it work during the pandemic — but at what cost?

While scientists are still decoding the omicron variant, working parents know one thing already: It adds yet more uncertainty to an exhausting year.

Just as the youngest school-aged children had gotten the green light to get their COVID shots – with the promise of protection from serious illness, and the hope of fewer outbreaks at school and precautionary absences that can add up from regular old runny noses – the virus had thrown out a new curveball.

The worry that the coronavirus will upend life at any moment has never let up for families. And that chronic unpredictability has had consequences especially for women, who take on more unpaid caretaking responsibilities at home compared to men, and who suffer stubborn wage disparity in part because of it.

In September 2020, 865,000 women left the labor force. According to economist Alicia Sasser Modestino of Northeastern University, that exodus had a lot to do with the return to school and the demands that remote learning placed on parents. When the PBS NewsHour talked to Modestino this summer for our documentary “Raising the Future: The Child Care Crisis,” she had predicted as the year came to a close that many moms were going to be “at the end of their ropes after 18 months of this.”

By September 2021, much had changed, most notably the accessibility of vaccines for adults and some teens. But infections surged just as in-person school was returning, and the workforce saw a second, smaller wave of women dropping out.

“If you have to be telling your employer, ‘I can’t make that meeting in person, I have to take a few days off and supervise my kids who have been quarantined,’” it’s very disruptive to women’s careers overall, Modestino said in another interview in October. Working moms “have definitely taken a big step backwards in terms of being able to maintain a career in the labor market, even being able to maintain a simple in-person job.” Modestino noted that women with families who hadn’t cut back their hours were also unlikely to be seeing the career progress they aspired to during this time.

After Modestino talked with the NewsHour, we adapted her words into a comic, illustrating what working moms have been through since COVID-19 started disrupting our lives. 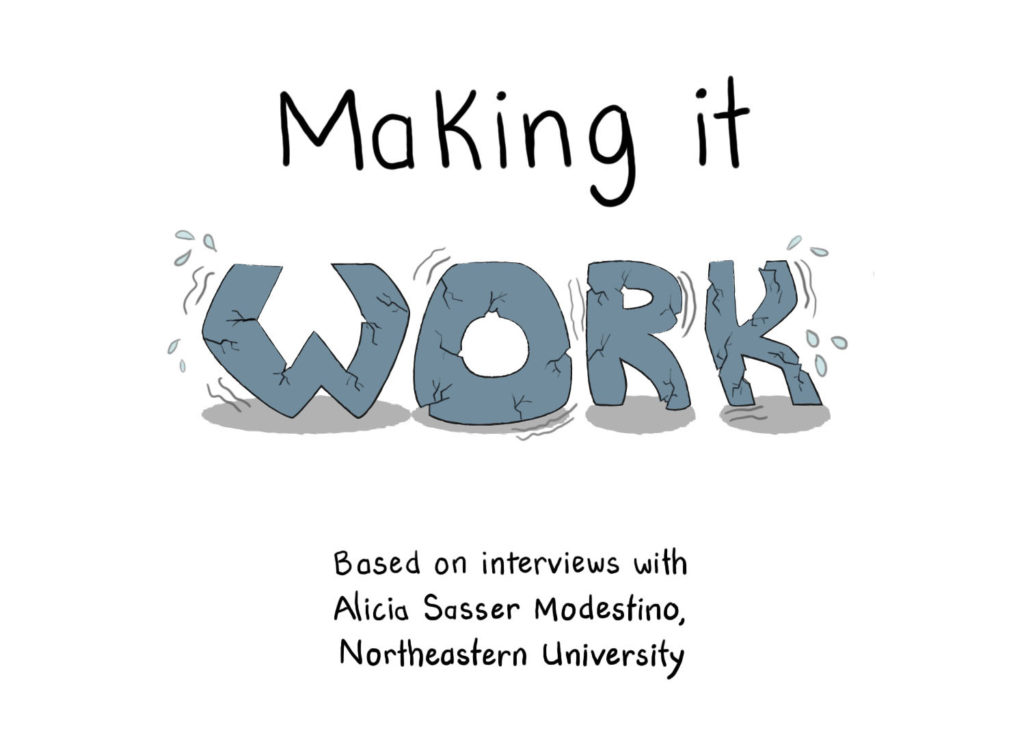 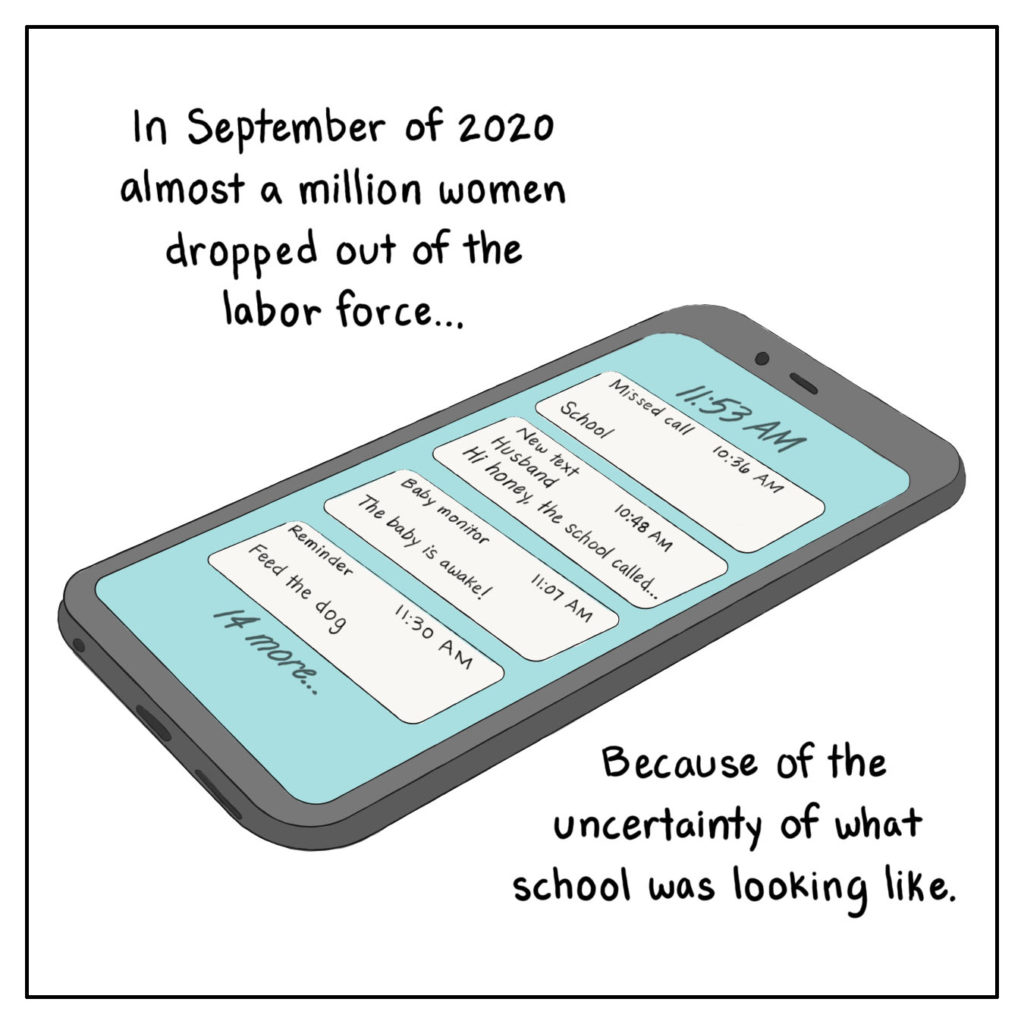 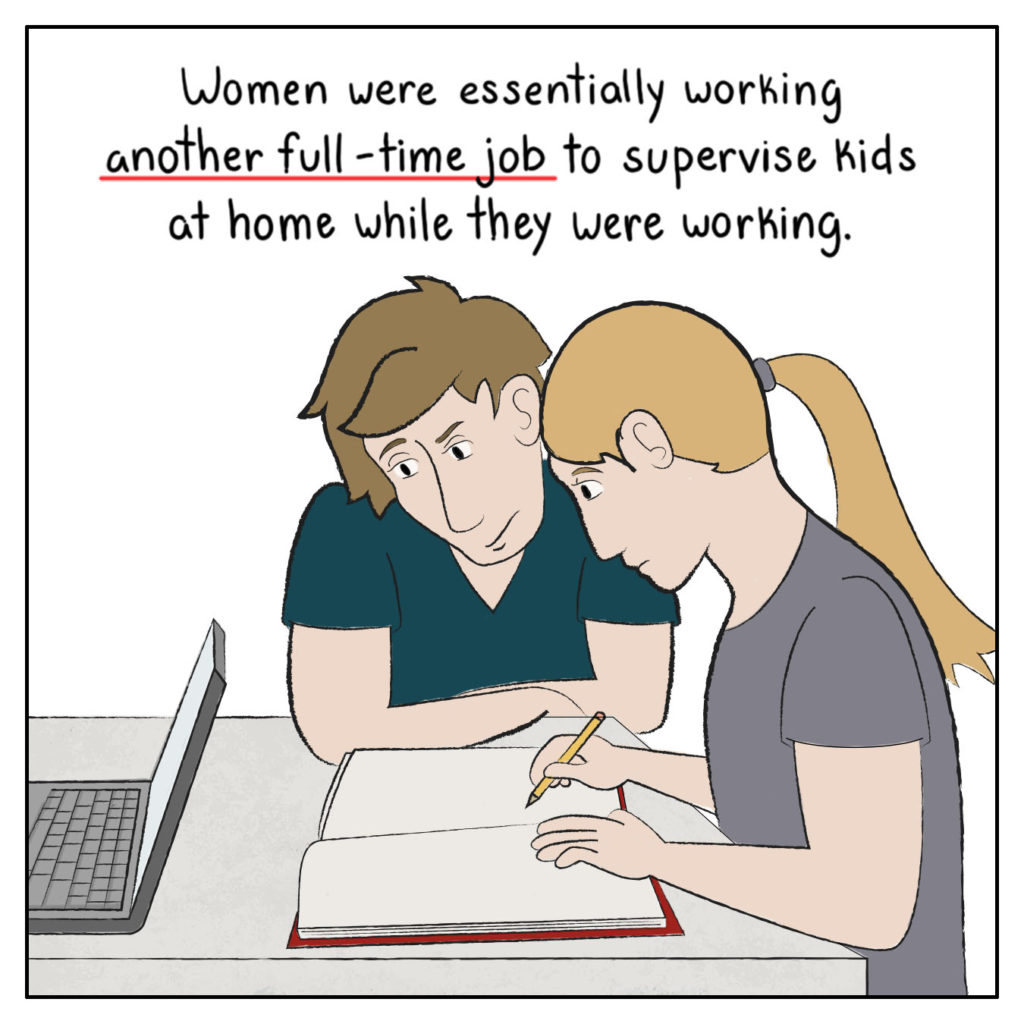 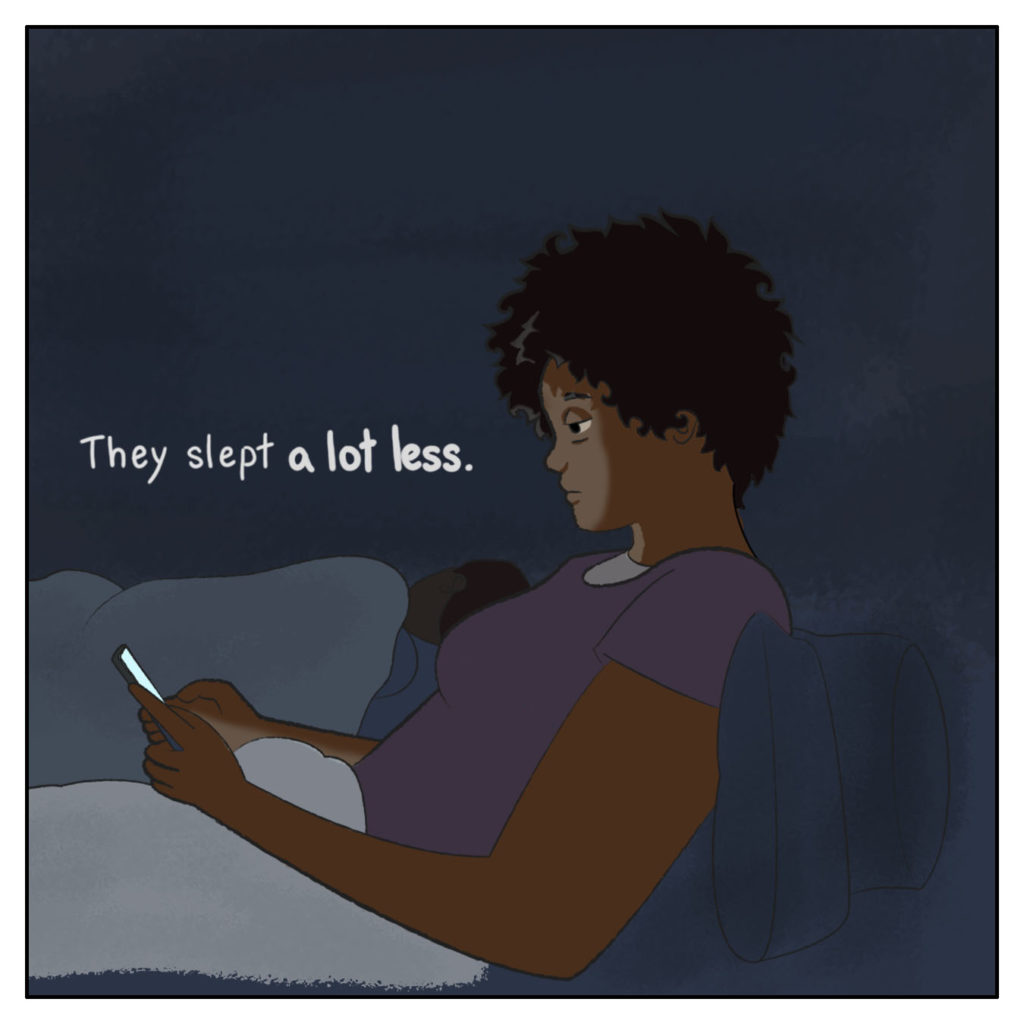 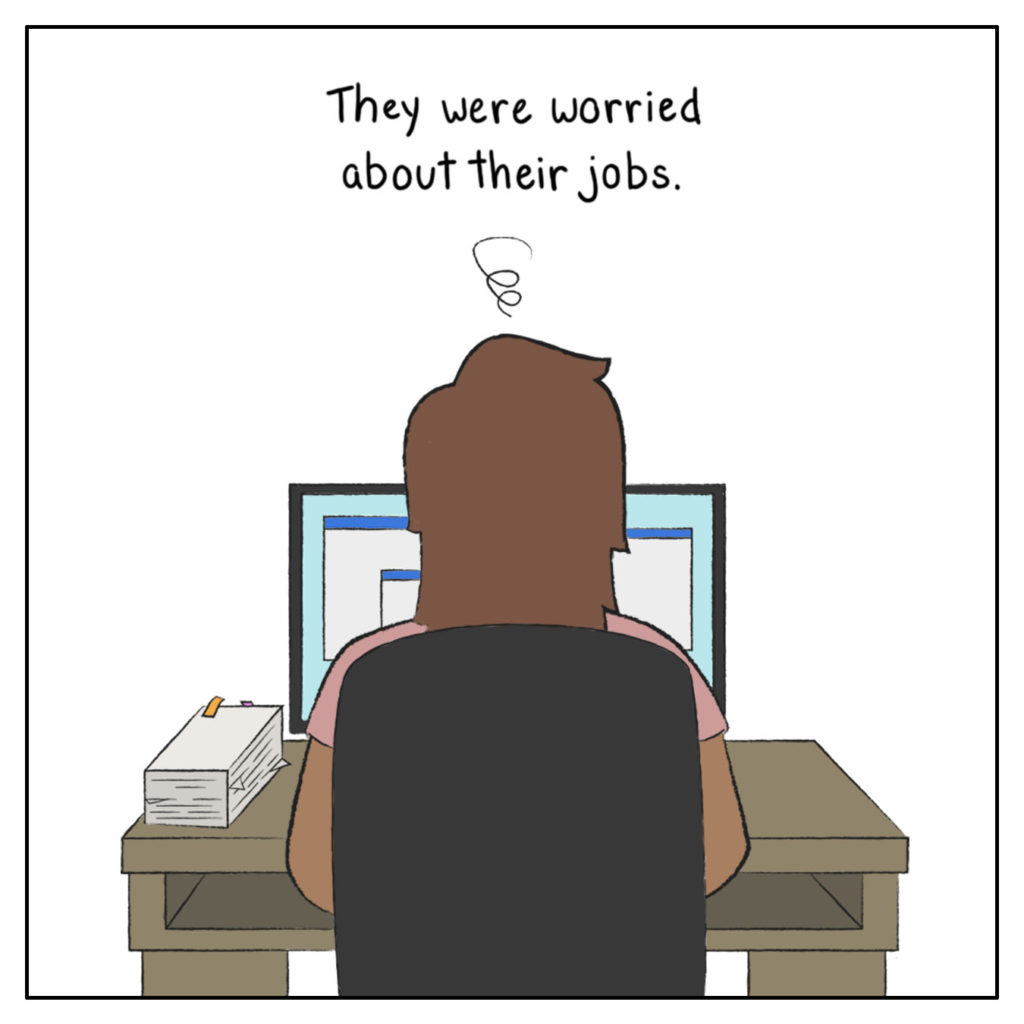 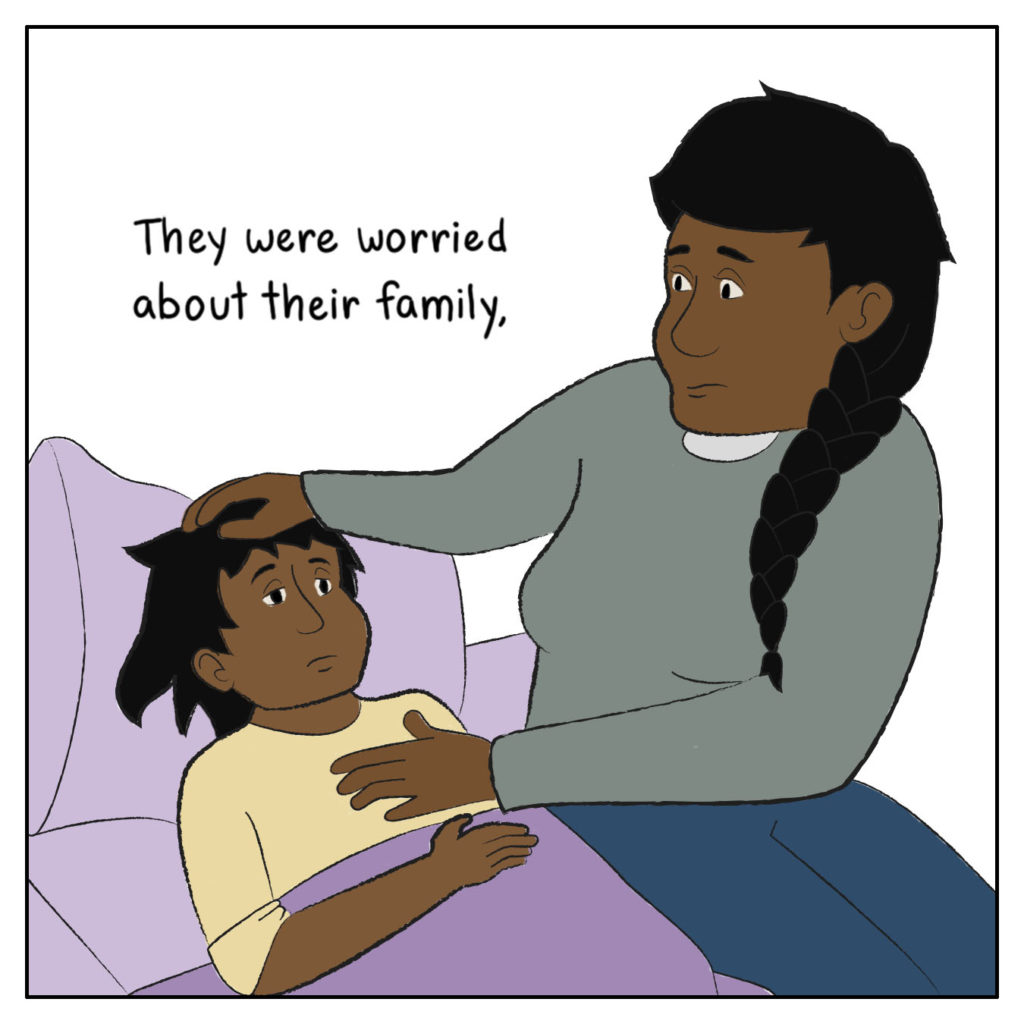 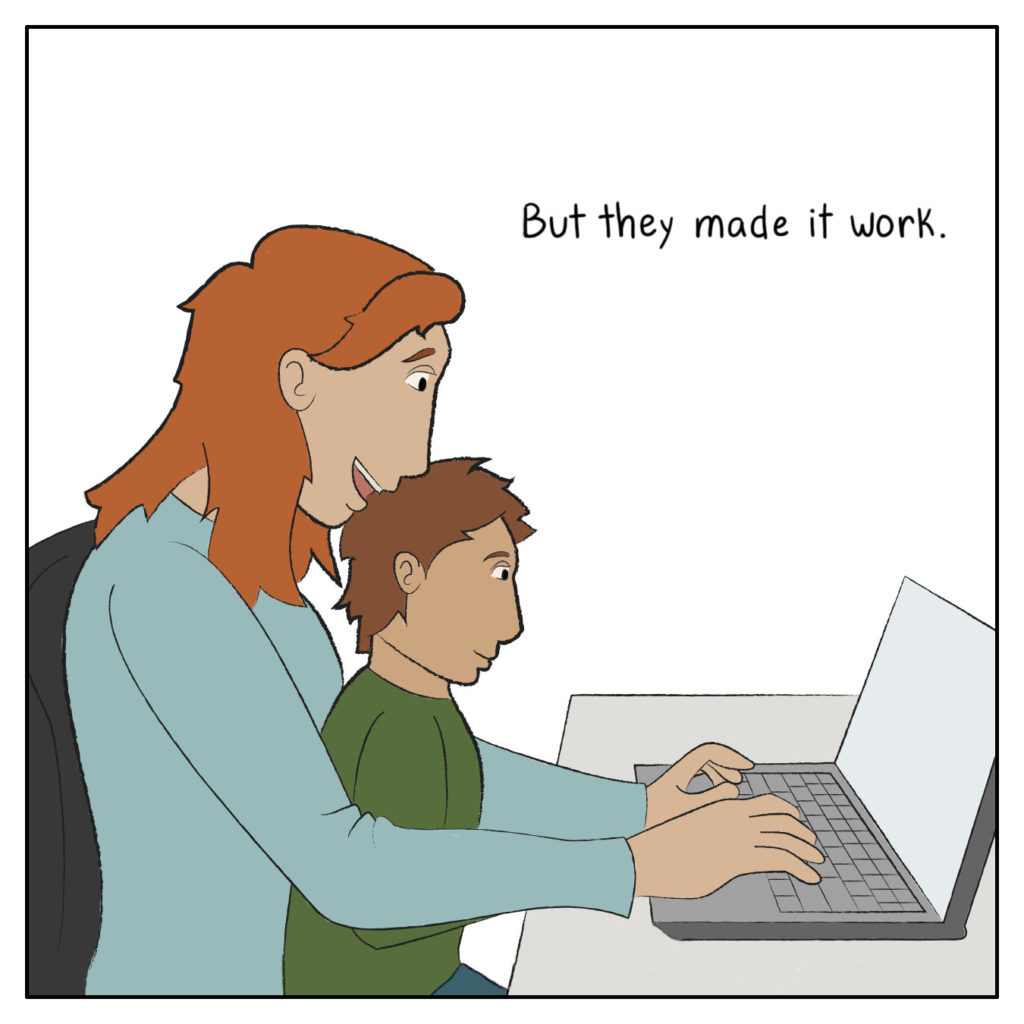 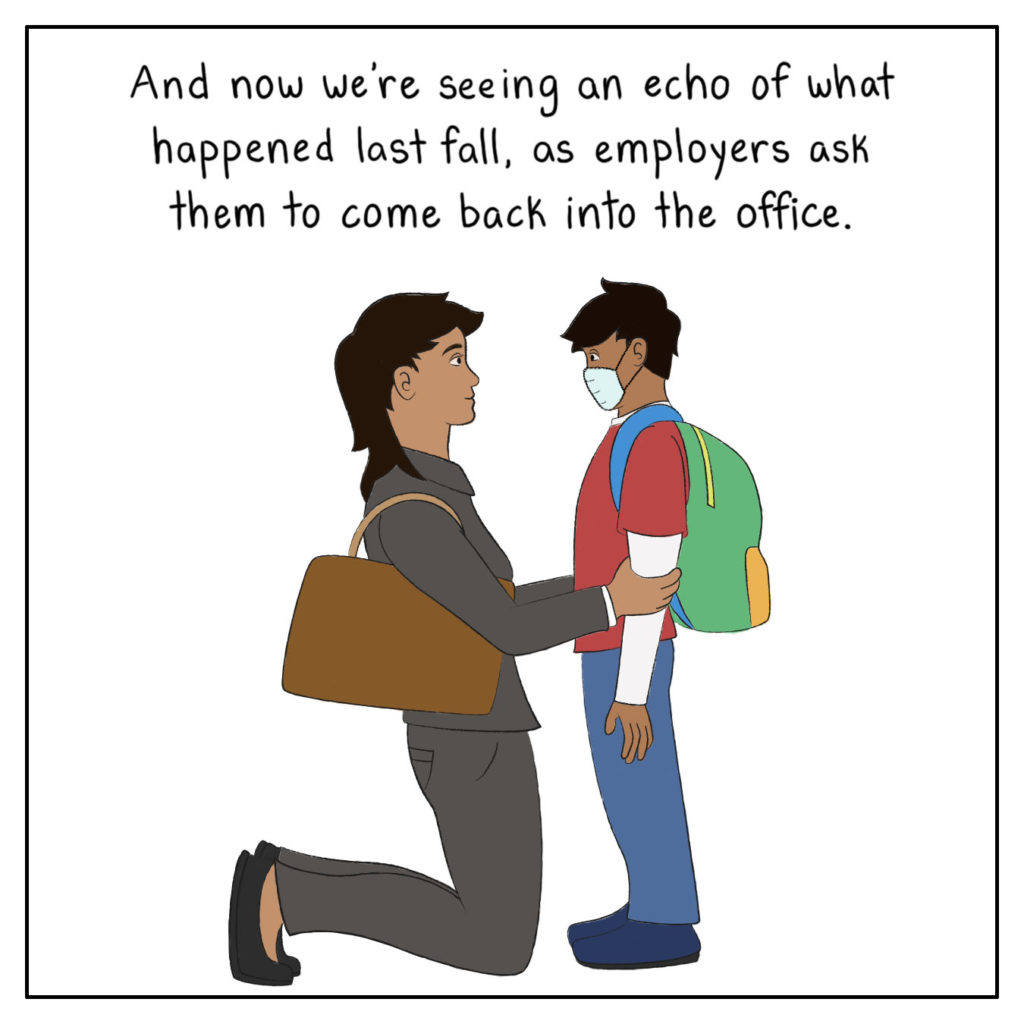 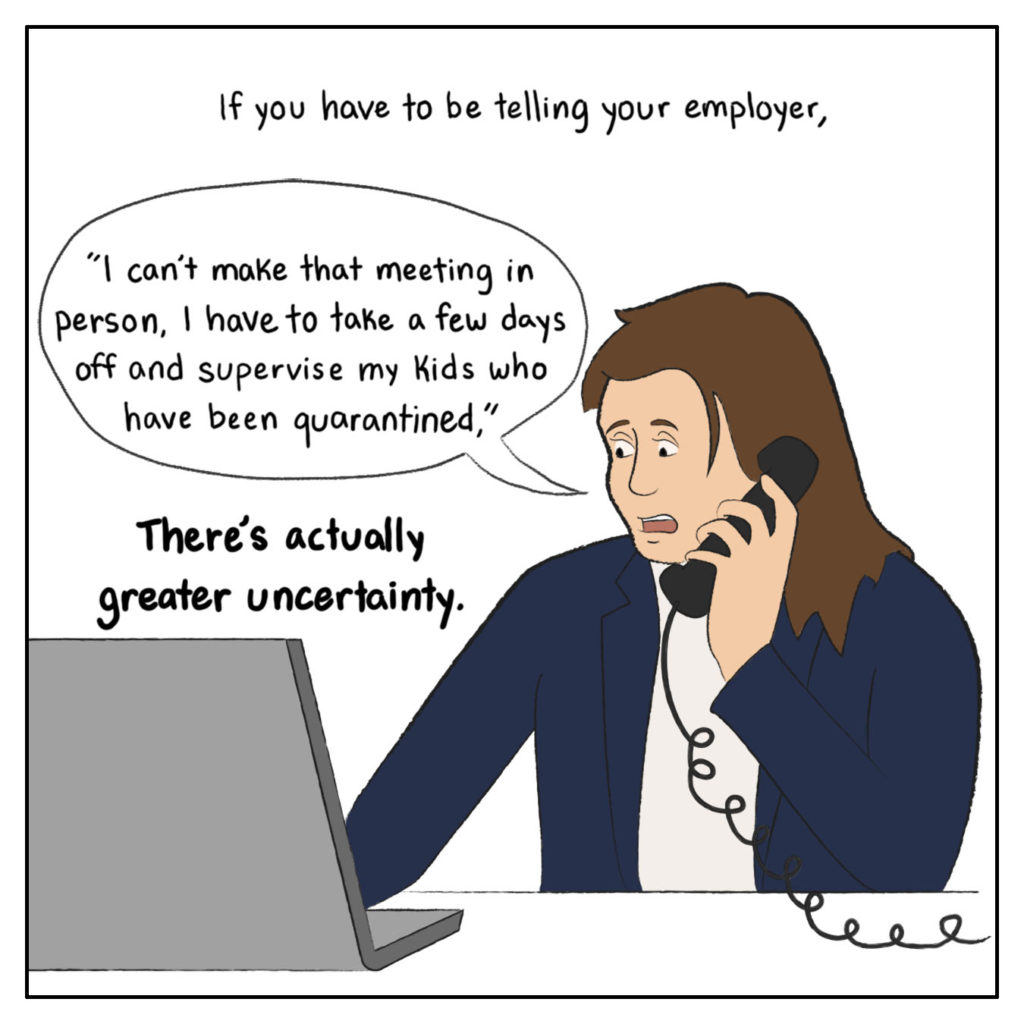 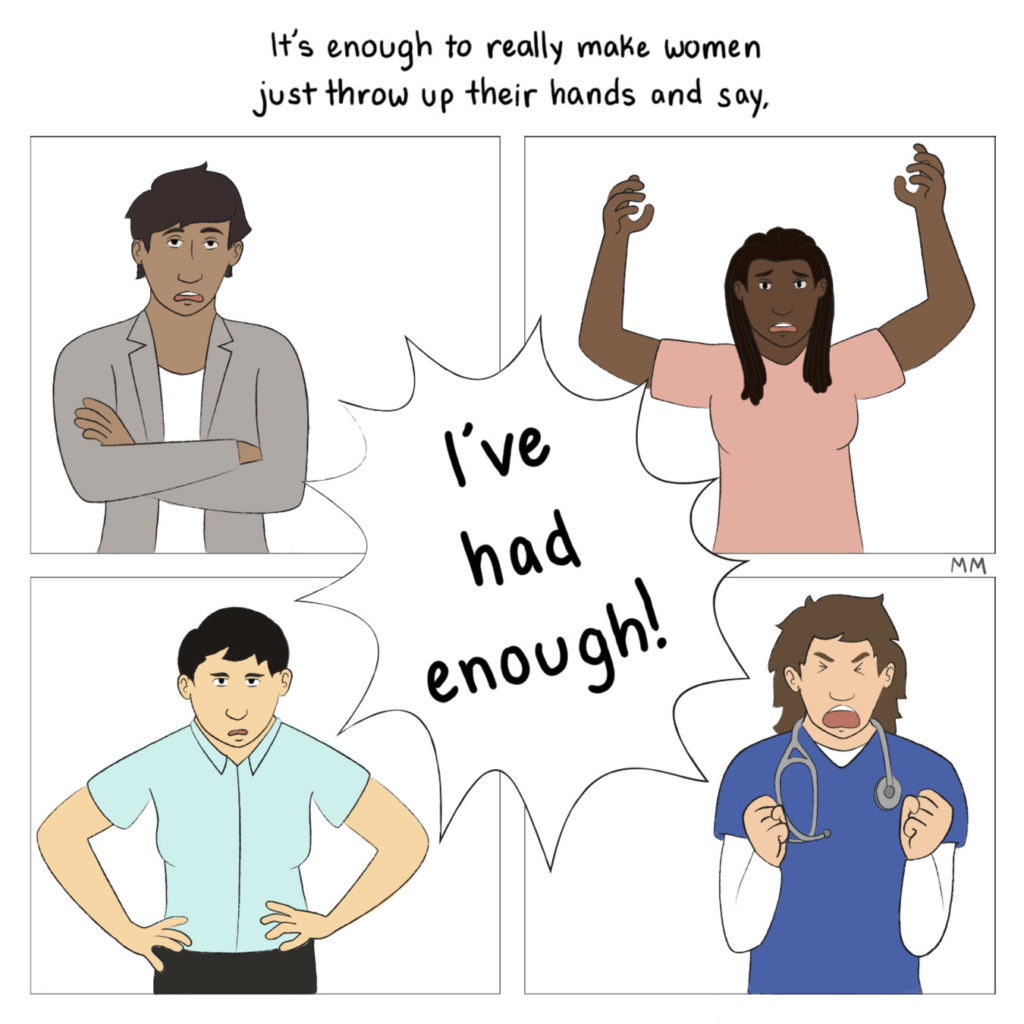