More than 30 years after his conviction, Ariz. death row inmate is executed 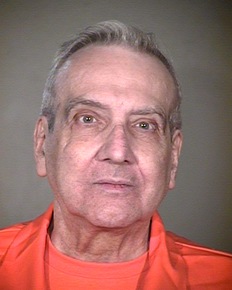 Photo by Arizona Department of Corrections

According to the Arizona Department of Corrections, a Bisbee resident, 74-year-old Lorimar Grove, drove off in a new Cadillac to visit his sister on Aug. 1, 1978. Eight days later, “Groves’ badly decomposed body was discovered hidden in the brush just off U.S. Highway 89 south of Prescott, Ariz. Mr. Groves had been strangled with a rope that was still knotted around his neck. A month later, Schad was stopped for speeding in New York. Schad was driving Mr. Groves’ Cadillac, and many of Mr. Groves’ personal belongings were in the car.”

Schad maintained his innocence for the murder throughout his time in prison. He asked a clemency board to commute his sentence to life in prison last week though. But Schad had accepted his fate, the AP reported.

“I’m 71. I don’t have many years left, but I would like to keep what I’ve got and maybe get a few more, experience some of the green grass outside maybe,” Schad told the AP. “If we have to go down that road on Oct. 9 … I’ll get my last rites. I’ll go through that. I mean, I have no fear.”

The board declined his request.

Schad was executed by lethal injection and pronounced dead Wednesday at 10:12 a.m.