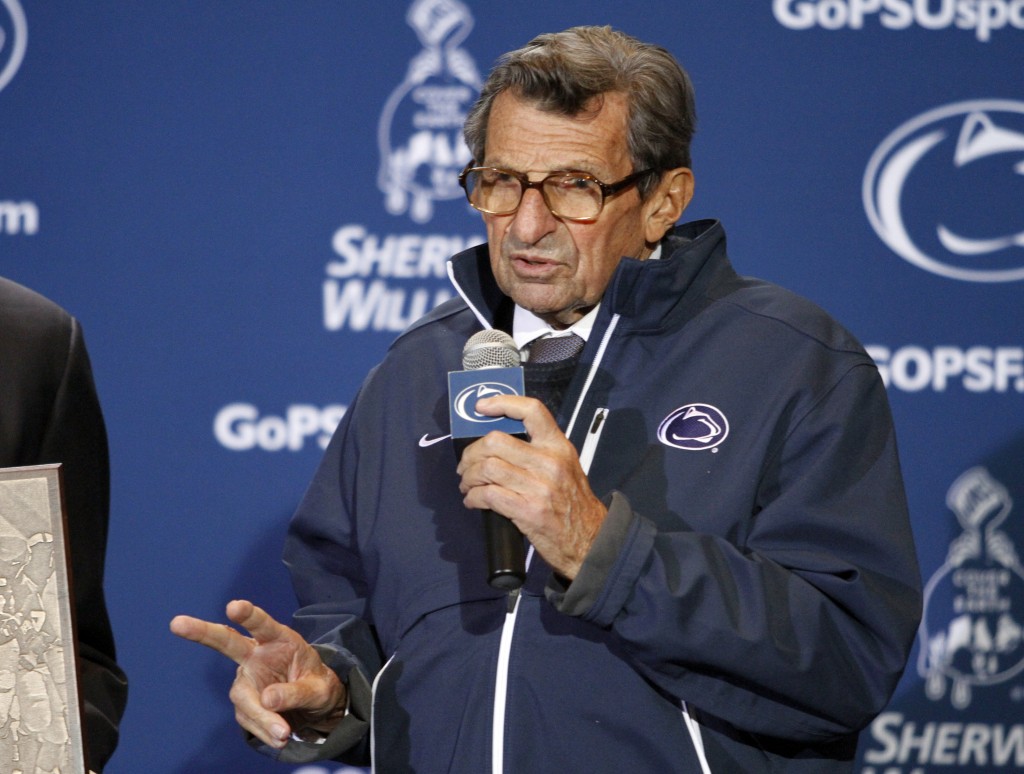 The National Collegiate Athletic Association announced a possible deal with Penn State on Friday which would restore 112 football team wins that were erased from the history books in 2013 after the Jerry Sandusky child molestation uproar.

If approved by Penn State board members, restoring the victories would bring former football coach Joe Paterno’s wins up to 409, making him the winningest coach in the college sport’s history. Paterno died in 2012 from lung cancer two months after he was relieved of coaching duties.

The agreement would allocate $60 million in fine money to address child sexual abuse in Pennsylvania.

The deal was announced ahead of a state court trial that will challenge the legality of a 2012 consent decree that heavily punished Penn State for its handling of Jerry Sandusky, a former assistant coach at Penn State and a serial child molester. The lawsuit was headed by Paterno’s family members who called the possibility of a deal “a great victory for everyone who has fought for the truth in the Sandusky tragedy.”