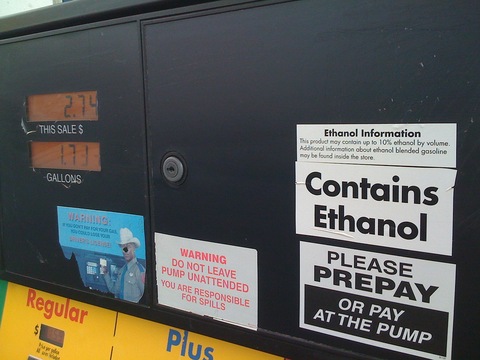 The EPA announced a new proposal Friday that would involve reducing the amount of ethanol blended into the U.S. fuel supply. The new plan from the Obama administration comes in reaction to changing market conditions since the Renewable Fuel Standard was passed in 2007. Since the economic downturn, Americans are driving less and cars are achieving better fuel economy, which in turn has reduced the demand for gasoline.

Harvest Public Media reports that the original requirements would’ve called for 14.4 billion gallons of corn ethanol in 2014. But the planned reduced mandate would only require 13.3 billion. Standard gasoline tends to carry 10% ethanol at the pumps.

The EPA’s proposal will be open for public comment for 60 days before it could become final in the spring. The Wall Street Journal quoted an administration official saying that the EPA remains committed to biofuels and that the new mandate represents “a sustainable path forward that allows for steady growth.”

Tonight on the PBS NewsHour, Hari Sreenivasan interviews Dina Cappiello, co-author of an Associated Press investigation into the environmental costs of increased corn cultivation to support ethanol production in the United States. Ethanol industry representatives have attacked the AP’s reporting and called it “rife with errors.”