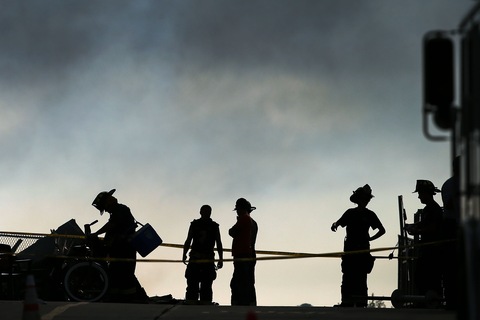 After fires blazed across the Seaside Park and Seaside Heights boardwalk on Thursday, Governor Chris Christie announced that $15 million in state aid will be given for repair efforts.
It has been less than a year since Seaside was hit by Hurricane Sandy, destroying much of the boardwalk. Now, that very same area has been ravaged by the fires. With more than 50 businesses damaged, Christie is working fast to get the towns the funds they need.

“Getting financial assistance to fire-damaged businesses is a critical step to Seaside’s economic recovery, and we’re acting quickly to make that happen,” he said in a statement last week.

Christie has met with local officials, residents and business owners to discuss relief efforts for the boardwalk. He has vowed to rebuild it, but refuses to let the Sandy rebuilding efforts go in vain.

“I will not permit all the work we’ve done over the last 10 months to be diminished or destroyed by what happened last night,” Christie said Friday. “We have endured and have begun to come back from the devastation of Sandy. We will not let these fires destroy those efforts.”