When the Obama administration temporarily denied a permit for the Dakota Access Pipeline in early December, tensions between police and water protectors eased somewhat. But more than 1,300 miles away, close to the Mexican border, a group inspired by the Standing Rock movement was planning a new fight against the company building that pipeline.

Near the small town of Marfa, Texas, a consortium led by Energy Transfer Partners is building the 148-mile Trans-Pecos Pipeline, which will cross under the Rio Grande to bring fracked natural gas to markets in Mexico.

“We realized it was the same company, and that it makes no sense for us to be in North Dakota and not address the issues here in our own backyard,” Frankie Orona of the Society of Native Nations said. “The Rio Grande is just as important and sacred as the Mississippi or Missouri Rivers.”

Three weeks after the short-term win against Dakota Access, the Society of Native Nations and the Big Bend Conservation Alliance established the Two Rivers camp to stop Trans-Pecos. Orona said ranchers who had some of their property taken by eminent domain for the Trans-Pecos project invited the coalition of indigenous activists and environmentalists to set up a resistance and prayer camp on their land.

So far, the gathering is small, with only a few dozen water protectors trickling through. But Orona says more are starting to trek from around the country, including from Standing Rock. They’re concerned about the environmental impact, loss of indigenous cultural history and use of corporate power to take lands, echoing their allies who are still camped on the frigid North Dakota plains fighting Dakota Access, where at least 14 people were arrested on Monday following a demonstration near the drill pad.

The Trans-Pecos Pipeline would cross through the Big Bend region’s remote Chihuahuan Desert, considered to be the last of the unspoiled wilderness left in Texas. It’s one of the most biologically diverse places in the United States, home to more than 50 endangered or threatened species, and has at least 650 species of vertebrates. It is also archaeologically rich. Native American occupation of the region dates back 10,000 years. 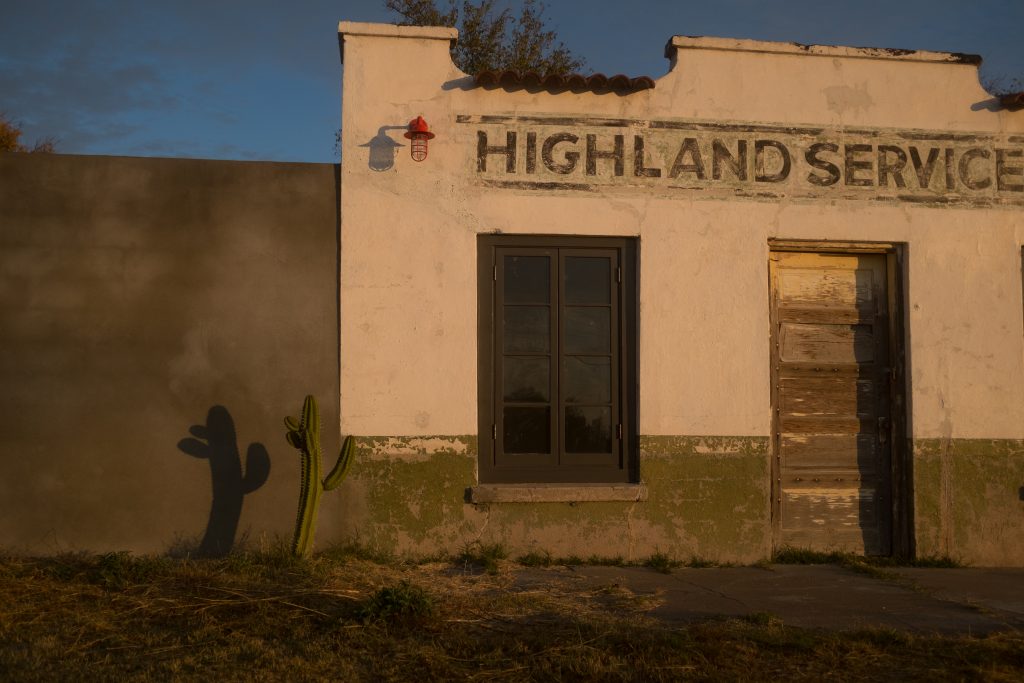 A cactus casts a shadow in the early morning sun against the wall of a building in the town of Marfa, West Texas. Photo by Epics/Getty Images

“It is always our goal to work closely with landowners, governments and neighboring communities to foster long-term relationships and to build the pipeline in the safest, most environmentally friendly manner possible,” ETP spokesperson Vicki Granado wrote in an email. “For the safety of our workers, the safety of local law enforcement, and the safety of the protesters exercising their right to protest peacefully, we respectfully ask that unauthorized people stay away from our equipment and off private property.”

Opposition to Trans-Pecos escalated over the last two years. It started with local coalitions and landowners pressuring federal and state regulators, and challenging the use of eminent domain in courts. But tactics have shifted to mirror the example set by the Oceti Sakowin camp in North Dakota. Indigenous-led prayer ceremonies and lockdowns on machinery, all broadcast over social media, have stalled work in Texas and brought attention to the campaign. So far, police have arrested at least six people for attempting to stop construction.

Trans-Pecos is nearly complete, and ETP expects the pipeline to be operational by March. Orona acknowledged it might be too late. The coalition has exhausted most of their legal options.

”If we can’t stop the pipe then we’ll move to stop the gas at the frack site to cost them more money,” Orona said.

ETP is building a second pipeline through Texas. The 195-mile Comanche Trail Pipeline, named after the Comanche Nation of the Great Plains, would also deliver fracked natural gas to Mexico. Completion was expected this month, but lawsuits by federal and local regulators delayed the project.

North Dakota, Texas and beyond

The fight in Texas is part of a larger, mostly indigenous-led environmental movement gaining momentum across the country. High-profile successes against the Keystone XL and Dakota Access pipelines created a playbook.

Other battles against existing or proposed pipelines are happening in other states, including Massachusetts, Pennsylvania, Louisiana, Wisconsin, Arkansas, Michigan, Virginia, New Jersey and New York. Indigenous activists have a leading role in many of these fights.

In Louisiana, Cherri Foytlin, a Native writer from the area, has been opposing ETP’s proposed Bayou Bridge Pipeline that would cross the Atchafalaya Basin, the largest river swamp in the country. She said Native people have always had a role in protecting the environment.

“Indigenous people have always been the original caretakers of Turtle Island,” Foytlin said referring to the name some Native people use for North America. “It’s our job to protect.” 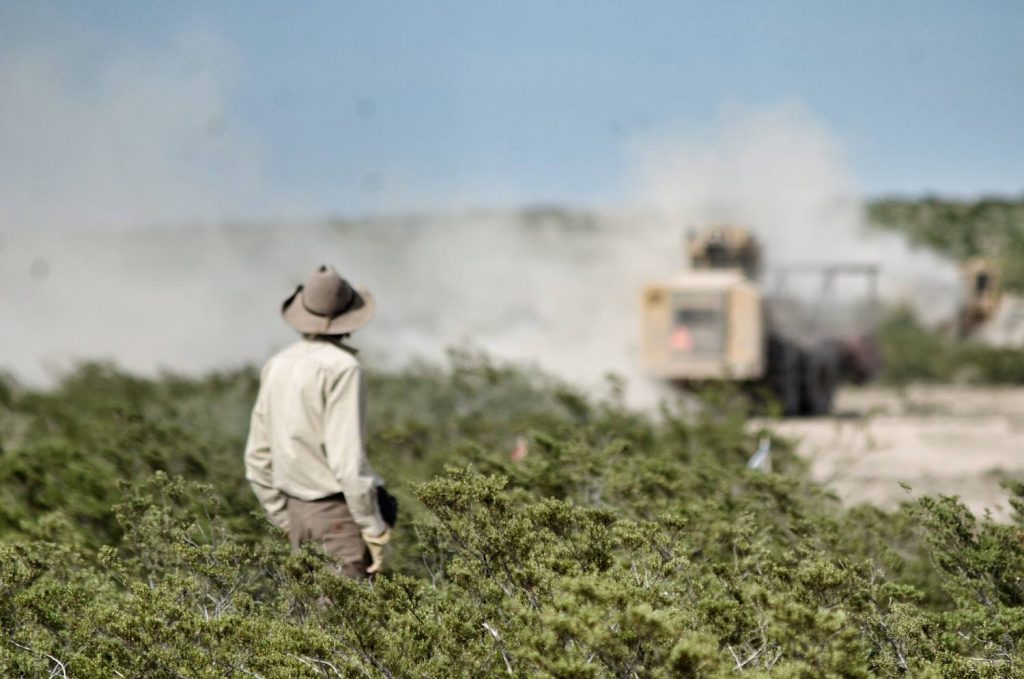 On Monday, at least eight people were arrested near Live Oak, Florida, for protesting the $3 billion Sabal Trail Pipeline, owned by Spectra Energy, NextEra Energy and Duke Energy. It would span three states over 515 miles to carry natural gas under the the Suwannee River. More than a dozen people have been arrested since those protests started in December.

Andrea Grover, director of stakeholder outreach of Sabal Trail Transmission, said the company has held more than 50 meetings over the last three years to address community concerns and that the project complies with environmental rules.

“I will note that the project has been developed and evaluated publicly over the past three years to ensure that environmental permitting agencies, all levels of local, state and federal government, communities and landowners’ questions were addressed and impacts along the pipeline route minimized,” Grover wrote in an email to NewsHour.

Also on Monday in Arkansas, up to 40 people were arrested for blockading a fuel terminal in Memphis, Tennessee. They represent Arkansas Rising, a group opposing the 440-mile Diamond Pipeline, a joint venture between Plains All American Pipeline and Valero. The Diamond Pipeline would transport up to 200,000 barrels a day of crude oil from Oklahoma to Tennessee.

NewsHour reached out to Diamond Pipeline LLC for comment, but at the time of publishing had not received a response.

Nicole Williams, an indigenous environmentalist in Florida who was arrested at a Sabal Trail protest in November, said Standing Rock sent a message of unity to native communities.

“Standing Rock showed us what’s possible,” Williams said. “This is unity and it’s growing. All of the things that make us different, they’re all falling away.”

Left: Near the small town of Marfa, Texas, a consortium led by Energy Transfer Partners is building the 148-mile Trans-Pecos Pipeline, which will cross under the Rio Grande to bring fracked natural gas to markets in Mexico. A group inspired by the Standing Rock movement is planning a new fight against the company building that pipeline. Photo by Jessica Lutz/Big Bend Conservation Alliance