A federal grand jury has indicted the man accused of driving a truck along a pedestrian path in Lower Manhattan, killing 8 people and injuring 12 on Halloween, on charges of terrorism and murder.

A grand jury handed down a 22-count indictment against Sayfullo Saipov, 29, of Paterson, New Jersey, who police say was inspired by ISIS videos to plan an attack in the United States. The goal: to “kill as many people as he could.”

The charges in Tuesday’s indictment include:

(These are maximum potential sentences; final sentencing of Saipov will be determined by a judge.) 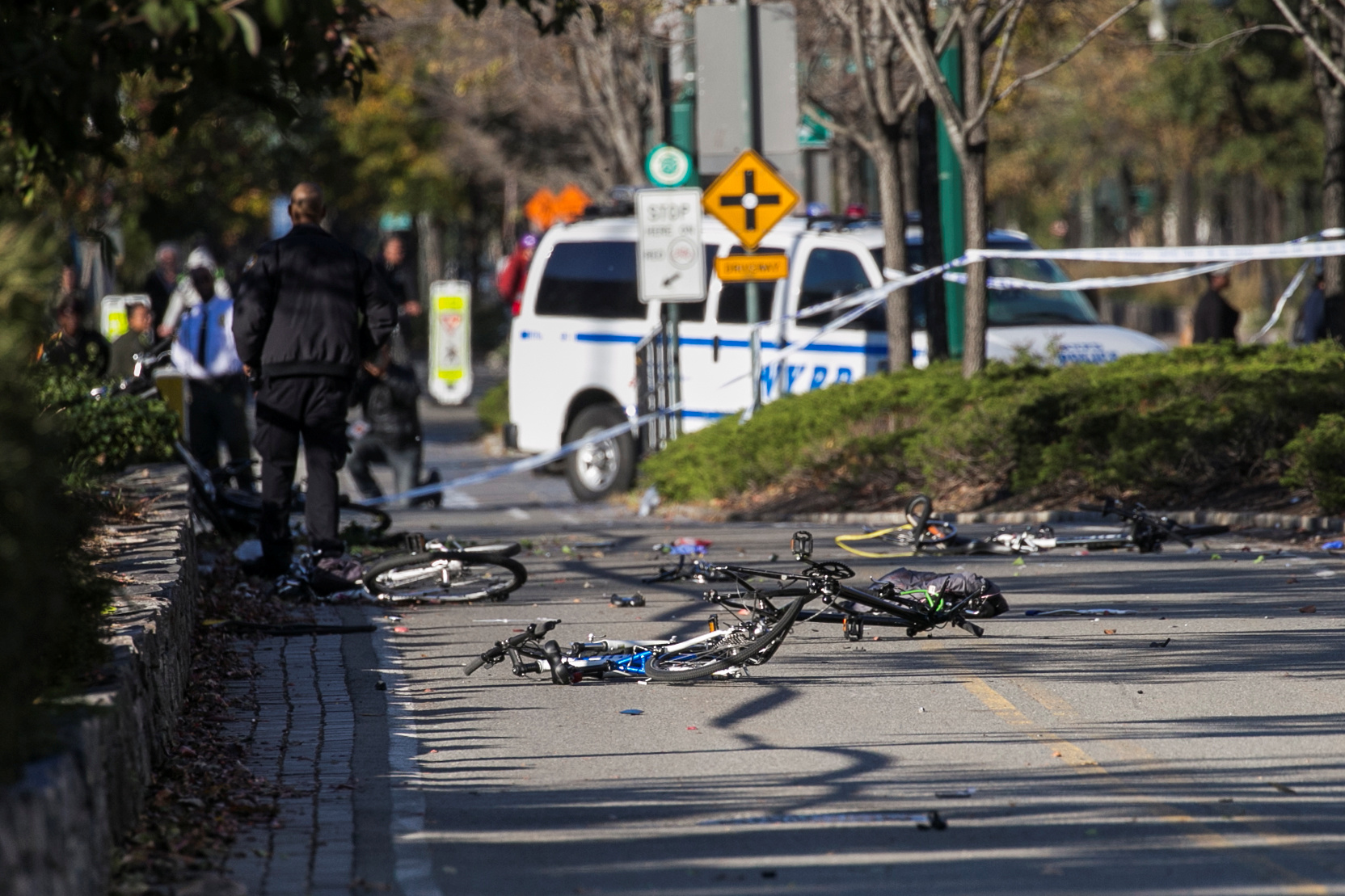 Multiple bikes are seen crushed along a bike path in Lower Manhattan after a man driving a rented pickup truck mowed down pedestrians and cyclists on a bike path in New York. Photo by REUTERS/Brendan McDermid.

“As alleged in this indictment, Sayfullo Saipov murdered eight innocent people and injured many more in a calculated act of terrorism in the heart of one of our great cities,” Attorney General Sessions said in a statement. “People have a right to safety walking down a sidewalk or riding a bike, and we will not change our resolve to confront these threats both at home and abroad. I am especially proud today of the law enforcement officers who acted quickly and courageously to respond and to protect people from further harm. We continue to offer our assistance, our support and our prayers to the victims of this attack and to all the people of New York City.”

Prosecutors say the Uzbeki national drove a rented Home Depot truck from New Jersey over the George Washington Bridge into New York City. As he drove down the West Side Highway, he turned onto a popular bicycle path and pedestrian walkway, striking several people before colliding with a school bus. Saipov exited the vehicle with what appeared to be handguns, officials said, before being shot by a law enforcement officer.

The Department of Justice said “Saipov requested to display ISIS’s flag in his hospital room and stated that he felt good about what he had done.” It added that ISIS has created materials to encourage its supporters to carry out vehicle attacks. One magazine, for instance, praised those behind the truck attack last year in Nice, France, which killed more than 80 people and injured more than 300 others.

READ MORE: What we know — and what we don’t — about the New York City truck attack

Left: Sayfullo Saipov, the suspect in the New York City truck attack, is seen in this courtroom sketch appearing in Manhattan federal courtroom earlier this month. Photo by REUTERS/Jane Rosenberg.