DHS spokeswoman Katie Waldman said Nielsen was in Yuma, Arizona, but gave no other details. Earlier in the week, Waldman had said that Nielsen would meet at the Mexican border with emergency medical technicians and medical professionals, as well as local officials.

Nielsen went to El Paso, Texas, on Friday but the visit was closed to the media and no further information was provided by the department.

Late Friday, El Paso Mayor Dee Margo confirmed he was among those who met with Nielsen, saying they discussed “our immigration needs on the border.” The statement from Margo, a Republican, did not mention the deaths of migrant children or whether it was discussed.

The trip came days after the death of 8-year-old Felipe Gomez Alonzo. Felipe was the second Guatemalan child to die in government custody in three weeks.

Nielsen has called the death “deeply concerning and heartbreaking” and requested medical help from other government agencies, including the U.S. Coast Guard. As Nielsen made the trip to Texas, New Mexico’s Democratic senators, Tom Udall and Martin Heinrich, sent her a letter Friday seeking answers about the boy’s death.

“The timeline, action and factors that led to Felipe’s death are still developing, but the information that has become public so far is alarming and demands immediate attention and investigation,” the letter says. 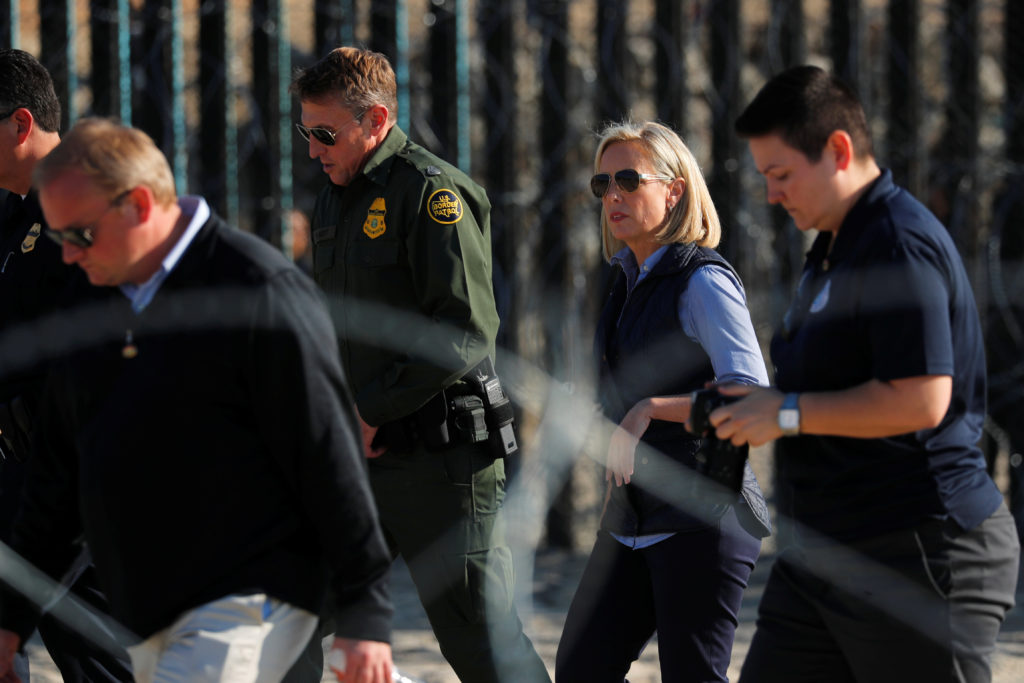 Felipe and his father, Agustin Gomez, were apprehended by border agents on Dec. 18 near the Paso del Norte bridge connecting El Paso to Juarez, Mexico, according to U.S. Customs and Border Protection. The two were detained at the bridge’s processing center and then the Border Patrol station in El Paso, until being taken at about 1 a.m. Sunday to a facility in Alamogordo, New Mexico, about 90 miles (145 kilometers) away.

After an agent noticed Felipe coughing, father and son were taken to an Alamogordo hospital, where Felipe was diagnosed with a common cold and found to have a fever of 103 degrees Fahrenheit (39.4 degrees Celsius), CBP has said.

Felipe was held for observation for 90 minutes, according to CBP, before being released with prescriptions for amoxicillin and ibuprofen.

But the boy fell sick hours later on Monday and was re-admitted to the hospital. He died just before midnight.

New Mexico authorities said late Thursday that an autopsy showed Felipe had the flu, but more tests need to be done before a cause of death can be determined.

Left: A sign warns of illegal immigrants crossing the U.S.-Mexico border in the desert near Lukeville, Arizona, U.S., September 11, 2018. Photo By Lucy Nicholson/Reuters