Dustbusters, pacemakers and seven other inventions NASA science made possible

NASA announced this week that the agency would partner with the private sector to send astronauts to the International Space Station.

The space agency awarded contracts to aerospace companies, Boeing and SpaceX. Together, they will send commercial crews into space to conduct science experiments “nearly doubling today’s scientific research potential,” according to NASA’s commercial crew program manager Kathy Lueders who spoke during a press conference at the John F. Kennedy Space Center in Cape Canaveral, Florida. The race for commercial spaceflight has launched a new era of innovation in the aerospace industry.

But going back decades, space exploration spurred inventions and innovation and produced technology that many people today consider ubiquitous, such as batteries or cancer treatment. In fact, NASA maintains a searchable database of technologies first used in space that the private sector has since spun off into commercial products and services.

Here are a handful of technologies many of us use in our daily lives that began as innovations in the space program.

Programmable pacemaker: People who have received cardiac pacemakers benefit from NASA innovation, including the similar technology used to power electrical systems for spacecraft. Researchers developed space equipment that was as compact as possible, leading to pulse generators small enough that they could be implanted in the human body. Satellite technology paved the way for wireless communication between physicians and patients, allowing pacemakers to be reprogrammed when needed and eliminating additional surgery. 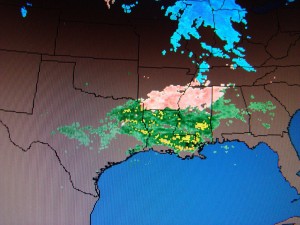 NASA research revolutionized the science behind forecasting the weather. Photo by Jimmy Smith/Flickr.

Weather forecasts: The development of remote sensing satellites led to weather data receivers, sending streams of information to antennas on Earth and revolutionizing the ability to gather weather data and transform it into weather forecast maps. Think about that the next time you wonder whether or not you need to carry an umbrella.

Cancer treatment: After studying the effects of microgravity on the human body’s immune system, NASA partnered with the American Cancer Society to develop a flow cytometer that uses light signals to evaluate potentially harmful cells as they pass over a sensor. One challenge researchers faced was that the equipment had to be small enough to take on board a space shuttle. The resulting device has since tracked the growth and spread of cancerous cells as well as how these cells react to chemotherapy and other forms of treatment. 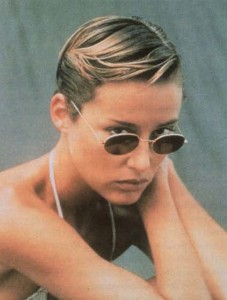 NASA’s space program led to the innovation of scratch-resistant lenses for eyeglasses. Photo courtesy of NASA.

Scratch-resistant lenses: If you wear glasses, there is a good chance that you benefit from NASA’s development of scratch-resistant lenses. To protect aerospace systems, researchers generated ions from hydrocarbon gas and coated surfaces with diamond-like carbon, or DLC, mimicking the effects of the planet’s hardest known substance, but at a fraction of the cost.

Solar panels: NASA and the Department of Energy together developed solar cells that used silicon crystals to convert sunlight into electricity. A Massachusetts-based contractor took this innovation and made the technology cheaper and more efficient. Today, researchers continue to improve solar cells, developing them to be as inconspicuous as rooftop shingles and skylights. This technology is used to power homes, businesses and communities, according to the National Renewable Energy Laboratory.

Dustbuster: When Apollo astronauts collected samples of moon rocks and lunar soil, they wanted a lightweight drill, strong enough to break up the moon’s surface. They also needed to be able to use the tool without being tethered to a power source. Manufacturer Black & Decker was tapped to develop the device and later used the technology to produce cordless power drills and a small hand-held vacuum commonly known as the “Dustbuster.” 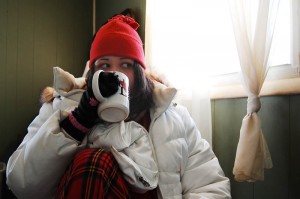 NASA developed technology that led to insulation for houses, fire protection and even coats. Photo by Jamelah E./Flickr.

Insulation: A gel first developed to insulate and protect space shuttles and exploratory equipment can now be found in homes, automobiles and even clothing. Known as “solid smoke” because it is translucent and virtually weightless, aerogel can withstand temperatures of minus 3,000 degrees Fahrenheit and absorb sound and shocks. It also has been used as firewall insulation in buildings.

Left: President Richard M. Nixon welcomes back to Earth the Apollo 11 astronauts, left to right, Commander Neil A. Armstrong, Command Module Pilot Michael Collins and Lunar Module Pilot Edwin E. "Buzz" Aldrin Jr., who were within a compact quarantine unit in 1969 on board a U.S. military vessel. Photo by NASA.