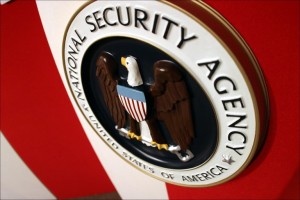 The National Security Agency released documents on Christmas Eve revealing surveillance activities that “may have violated the law for U.S. policy over more than a decade,” reports David Lerman at Bloomberg.

Compelled by an ACLU FOIA request, the agency published 12 years of quarterly reports that were created for the President’s Intelligence Oversight Board between 2001 and mid-2013.

The reports are heavily redacted but include details of intentional and unintentional misuse of the NSA’s signals intelligence gathering systems.

In many instances, NSA employees ran poorly constructed or unauthorized queries in the NSA systems, and ended up gathering data on U.S. citizens or unintended targets. In most of these cases the data was then destroyed.

In one case, detailed in the third quarter of 2007, an NSA instructor ran an unauthorized search during a training session:

Misuse of the U.S. SIGINT System. While teaching a class on analyzing communication networks, the instructor purposely entered the phone number of his friend, who was neither a U.S. person nor living in the United States. [sentence redacted] The Instructor was counseled on the restrictions on NSA authorities and was mandated to attend training on USSID SP0018, which he completed in July 2007.

Those cases included a member of a U.S. military intelligence unit who violated policy by obtaining the communications of his wife, who was stationed in another country. After a military proceeding, the violator was punished by a reduction in rank, 45 days of extra duty and forfeiture of half of his pay for two months, according to the letter.

In a 2003 case, a civilian employee ordered intelligence collection “of the telephone number of his foreign-national girlfriend without an authorized purpose for approximately one month” to determine whether she was being faithful to him, according to the letter. The employee retired before an investigation could be completed.