President Barack Obama will join September 11 survivors, rescuers and family members of victims to dedicate the National September 11 Memorial Museum in New York Thursday. The heart of the museum sits 70 feet below ground, amid remnants of the World Trade Center’s foundations. It will open to the general public May 21. 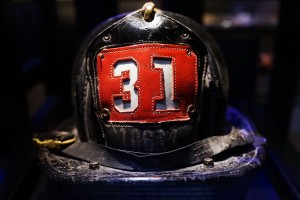 The National September 11 Memorial Museum in New York opens Thursday for a special dedication ceremony. The museum opens to the public on May 21.

The galleries depict scenes of horror from that fateful day but also symbols of heroism, ranging from damaged fire trucks to the wristwatch of one of the airline passengers who confronted the hijackers, reports the Associated Press.

“You won’t walk out of this museum without a feeling that you understand humanity in a deeper way,” museum President Joe Daniels said Wednesday.

The museum and memorial plaza above, which opened in 2011, were built for $700 million in donations and tax dollars, according to the AP.