Obama administration to end use of private prisons 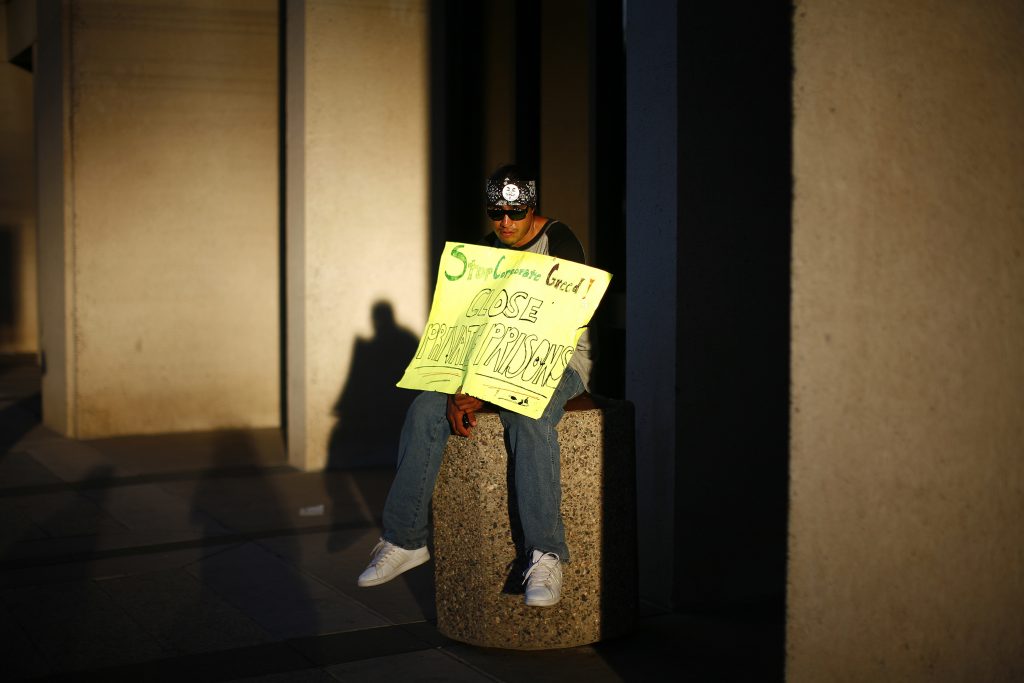 A protester displays a placard reading “Stop corporate greed. Close private prisons” as he takes part in an Occupy Phoenix demonstration in Phoenix, Arizona October 17, 2011. Occupy Phoenix is part of the Occupy Wall Street movement that began in New York last month with a few people and expanded to protest marches and camps across the US and abroad. Photo by Eric Thayer/Reuters

WASHINGTON — The Justice Department says it’s phasing out its relationships with private prisons after a recent audit found the private facilities have more safety and security problems than ones run by the government.

As of December 2015, more than 22,000 federal inmates — or about 12 percent of the total — were in private facilities. That’s according to report this month from the Justice Department’s inspector general.

The government started to rely on private prisons in the late 1990s due to overcrowding.

In her memo Thursday, Yates says the decline in the prison population over the past three years contributes to the decision not to renew private prison contracts.