WASHINGTON — President Barack Obama says New Orleans is “moving forward” a decade after Hurricane Katrina dealt it a devastating blow, and has become an example of what can happen when people rally around each other to build a better future out of the despair of tragedy.

Obama was marking the storm’s 10th anniversary by meeting Thursday with residents who continue to rebuild their lives and communities. He was also delivering remarks at a newly opened community center in the Lower 9th Ward, a largely African-American neighborhood that was one of the hardest hit by the storm. It is still struggling to recover.

“Not long ago, our gathering here in the Lower 9th might have seemed unlikely,” Obama says in speech excerpts released by the White House. “But today, this new community center stands as a symbol of the extraordinary resilience of this city and its people, of the entire Gulf Coast, indeed, of the United States of America. You are an example of what’s possible when, in the face of tragedy and hardship, good people come together to lend a hand, and to build a better future.”

“That, more than any other reason, is why I’ve come back here today,” Obama plans to say on his ninth trip to the city. He also visited on the hurricane’s fifth anniversary in 2010.

Obama was in the first year of a U.S. Senate term when Katrina’s powerful winds and driving rain bore down on Louisiana on Aug. 29, 2005. The storm caused major damage to the Gulf Coast from Texas to central Florida while powering a storm surge that breached the system of levees that were built to protect New Orleans from flooding. 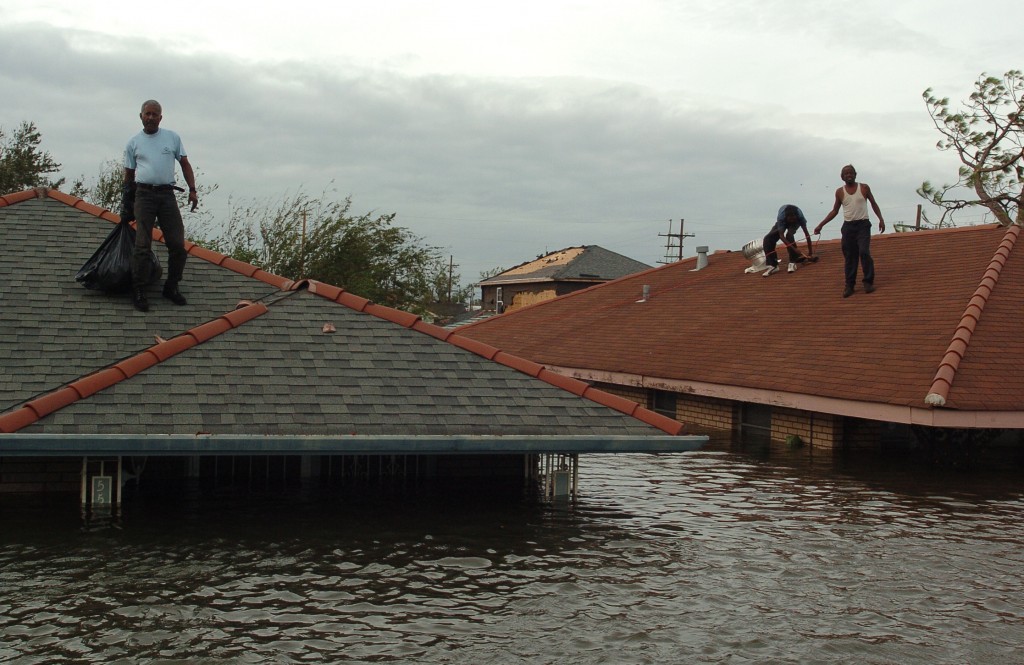 Nearly 2,000 people died as a result, mostly in New Orleans, 80 percent of which was flooded for weeks. One million people were displaced.

Video of residents seeking refuge on rooftops or inside the Superdome or the convention center dominated the news coverage as Katrina came to symbolize government failure at every level. The storm went down in history as the costliest natural disaster to strike the U.S., with $150 billion in damages to homes and other property. It was also one of the deadliest.

In the speech, Obama says Katrina helped expose structural inequalities that long plagued New Orleans and left too many people, especially minorities, without good jobs, affordable health care or decent housing and too many kids growing up in the midst of violent crime and attending inefficient schools.

Ten years out from Katrina, the rebirth underway in New Orleans has been helped by billions of dollars in federal recovery money, much of it funneled to the city under Obama’s watch. The city has recovered much of its pre-storm population, new businesses are opening faster than the national average and better flood protection plans are in place.

Still, income inequality and rising crime rates are among the challenges that remain in a place Mayor Mitch Landrieu calls “America’s comeback city.”

Obama says acknowledging the loss and pain Katrina caused is important, “not to harp on what happened, but to memorialize it.”

Obama says the rebuilding was not simply to restore New Orleans as it had been. “It was to build a city as it should be — a city where everyone, no matter who they are or what they look like or how much money they’ve got has an opportunity to make it.”

White House press secretary Josh Earnest said Obama would also stress that the federal government and communities need to start investing in “resilience” so that they will be ready for the more intense storms and wildfires that a warming planet will bring.

“There’s no denying what scientists tell us, which is that there’s reason to be concerned about these storms getting worse and more violent,” he told reporters Wednesday.

But Obama’s plan to sound a fresh alarm about climate change didn’t sit well with Gov. Bobby Jindal, a Republican waging a long-shot bid for his party’s presidential nomination who told the president that the anniversary is a time to mourn the loss of loved ones, not to espouse “the divisive political agenda of liberal environmental activism.”

Jindal has expressed some doubt about human influence on the climate. His office said he planned to greet Obama at the airport.

“A lecture on climate change would do nothing to improve upon what we are already doing,” Jindal told Obama in a letter Wednesday. “Quite the opposite; it would distract from the losses we have suffered, diminish the restoration effort we have made and overshadow the miracle that has been the Louisiana comeback.”

Left: President Barack Obama salutes while exiting Marine One after landing on the South Lawn of the White House in Washington, D.C., on Aug. 25. Photo by Andrew Harrer/Bloomberg via Getty Images