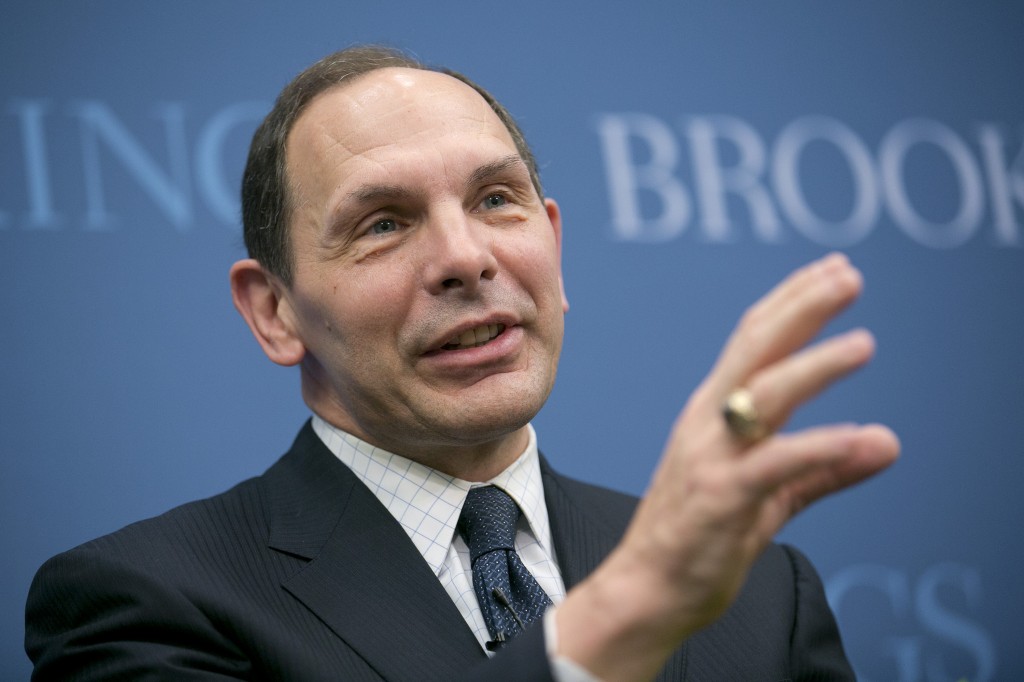 Robert McDonald, during his tenure as chairman, president and chief executive officer of Procter & Gamble Co., in January 2013. It was announced on Sunday that President Barack Obama would be selecting the former executive to be Secretary of Veterans Affairs. Credit: Andrew Harrer/Bloomberg via Getty Images

President Barack Obama will select former Procter and Gamble executive Robert McDonald as his nominee to head the Department of Veterans Affairs, according to White House officials.

McDonald, who ran the Cincinnati-based P&G between July 2009 and July 2013, is a 1975 graduate of U.S. Military Academy at West Point. According to the Washington Post, after graduating in the top 2 percent of his class, he served five years in the Army.

“The choice suggests a real focus on customer satisfaction, as opposed to what you might get from a retired general or medical leader,” Phillip Carter of the Center for a New American Security told the Post.

“It is probably a wise choice given the concerns right now of veterans.”

The 61-year-old Gary, Indiana native will replace Acting VA Secretary Sloan Gibson, the interim replacement for the department’s former head Eric Shinseki who resigned at the end of May.

Shinseki resigned amid controversy regarding misconduct at VA facilities across the country, in which employees allegedly hid the fact that veterans were facing long waits when seeking out medical care at the system’s hospitals.