On April 4, 2015, the North Charleston ex-patrolman, who is white, fatally shot and killed Scott, 50, as he fled a traffic stop over a broken taillight. If convicted, Slager, 34, faces 30 years to life in prison.

Solicitor Scarlett Wilson in her 25-minute opening statement said Slager deployed his stun gun to try to subdue Scott, but added that if Scott “had not resisted arrest, he wouldn’t have been shot,” she’s quoted as saying by The Post and Courier.

“He lost his life for his foolishness,” she added.

But then Wilson pivoted to tell a mostly white jury that Slager was on trial for murder because of what happened after the shooting, an attempt to “stage” the scene. Slager’s actions were “flat out wrong,” she said.

Slager initially told investigators that Scott resisted arrest on foot and grabbed his Taser in a tussle on the ground. Slager said he feared for his life after Scott had taken his stun gun.

According to police reports, Slager radioed in: “Shots fired, and the subject is down. He took my Taser.” 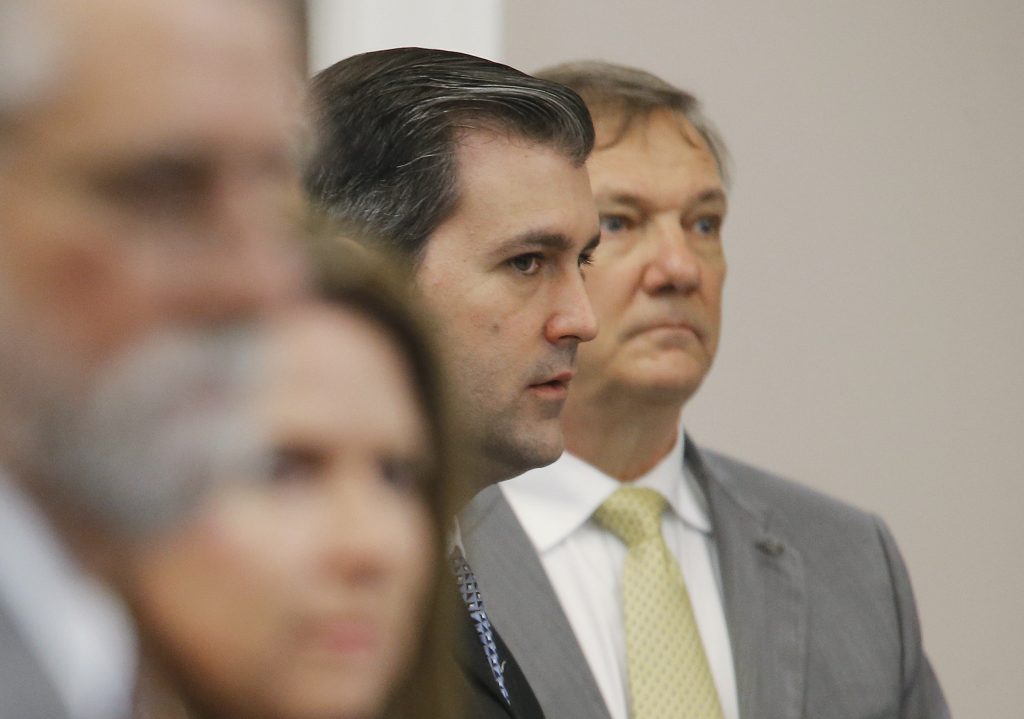 However, a bystander caught the encounter on a cell phone, the footage revealing that Slager shot at Scott eight times, as he ran away. Five of those hit Scott: three in the back, one in the buttocks, one in the ear.

The footage also presented a different account of what happened after the shooting. The footage showed Slager walking over and handcuffing Scott’s body after it had fallen. In the video, he then ran back to where the two initially struggled and picked up an unidentified, black object. Slager then is shown dropping the object near where Scott’s body lay.

Scott’s family has said he ran from the officer, fearing jail time for back child support.

In his opening statement, defense attorney Andy Savage questioned why Scott ran away or chose “not to respect the request to stay where he was? That’s something that I hope you consider,” he said to the jury.

“It wasn’t Mr. Slager who was angry and full of animosity,” he added.

Left: North Charleston police officer Michael Slager, right, is seen allegedly shooting 50-year-old Walter Scott in the back as he runs away, in this still image from video in North Charleston, South Carolina taken April 4, 2015. Handout photo via Reuters