Man in custody after device explodes on NYC subway platform

One man is in police custody after a pipe bomb he wore exploded on the 42nd Street New York City subway platform near Times Square early Monday, the Associated Press reported.

The 27-year-old man identified as Akayed Ullah and four other people sustained injuries after the explosion occurred at about 7:30 a.m. ET, according to the New York City Police Department via Twitter. His injuries are not reported to be life-threatening.

The A, C and E subway lines have been evacuated, along with the Port Authority bus station during the busy early morning commute. 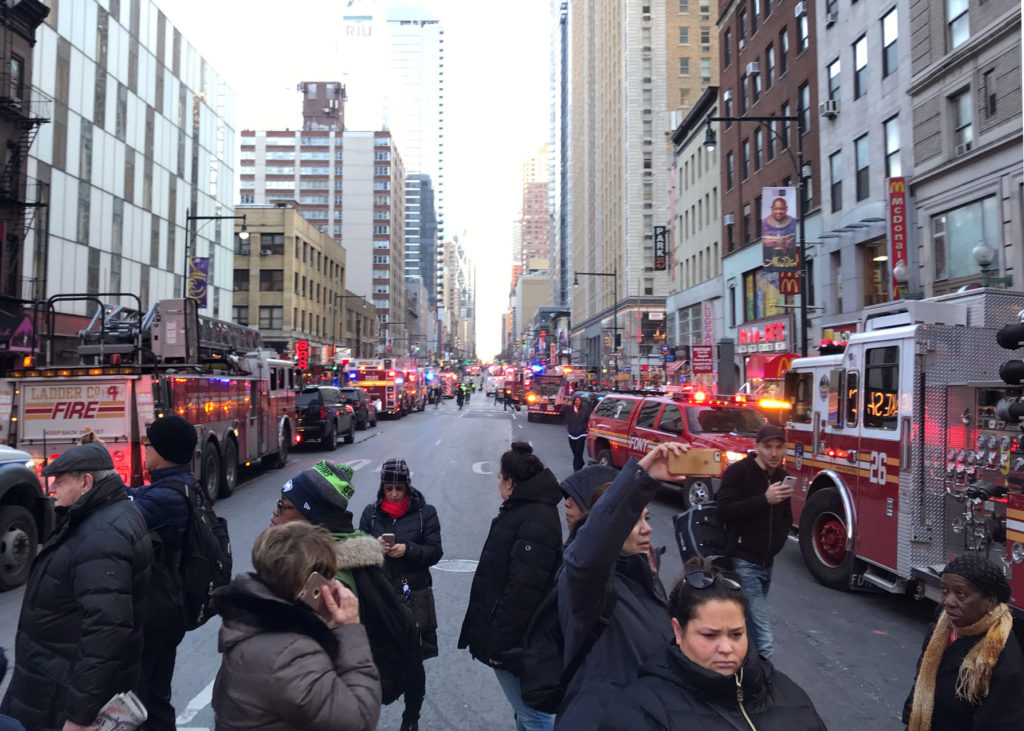 Police and fire crews block off the streets near the New York Port Authority in New York City, U.S. December 11, 2017 after reports of an explosion. REUTERS/Edward Tobin – RC1B940E9E50

This story will be updated as news develops.