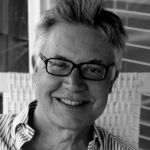 My wife and granddaughter and I were among the hundreds of people in Montgomery this past week for the opening of the National Memorial for Peace and Justice, the revelatory monument to the more than 4,000 African Americans lynched between 1877 and 1950.

If we acknowledge our broken past, our broken present, we can find the reconciliation that is only possible once difficult truths are faced and owned.

The monument, sited on Montgomery’s highest hill, consists of 800 weathered steel columns, each suspended from the ceiling of an open-air pavilion and each labeled with the name of a county where lynchings occurred and the names (where known) of those who were killed. As you make your way through the memorial, the floor slopes down and the columns are suspended above, like bodies hung. It is a sacred space.

The memorial is the creation of the Equal Justice Initiative (EJI), the organization founded by attorney Bryan Stevenson that has been challenging death-penalty cases for three decades. EJI is also responsible for the Legacy Museum, housed in a former slave warehouse, that uses holograms, video and data visualizations to make a damning, highly persuasive case: that lynchings were of a piece with a dark history that began with slavery, continued with Jim Crow, and lives on today with a racially charged system of mass incarceration.

Dark history for sure, but the mood in Montgomery was remarkably light, a place and a gathering that felt suffused with energy and hope. There was the sense that if we acknowledge our broken past, our broken present, we can find the reconciliation that is only possible once difficult truths are faced and owned.

At Birmingham’s 16th Street Baptist Church, where on Sept. 15, 1963, four young girls were killed by a bomb set by members of the Ku Klux Klan, tour guide Ted Debro explains that he wasn’t here that fateful morning. He was in Atlanta, sitting in a pew at Ebenezer Baptist Church, waiting for King to begin a sermon. He saw King leave the sanctuary, come back ashen-faced, then leave a second time, and finally return — to preach a sermon filled with the anguish of the Birmingham deaths and the demand that something good come of that awful loss.

Related A national memorial confronts the terror of lynching
By Jeffrey Brown, Jaywon Choe
Related How a Georgia county’s campaign of terror drove away its black community
By Duarte Geraldino, Mike Fritz

“What he was saying was that those lost girls were angels of change,” Debro recalled — “and that the rest of us have to be agents of change.”

In his “Letter from Birmingham Jail,” written five months before the bombing of 16th Street Baptist Church, King wrote that “one day the South will recognize its real heroes.”

In Montgomery this past week, it felt as though that day is finally here.

I had been in Alabama only once before, nearly 50 years ago, on a driving trip from our home in North Carolina to New Orleans that I made with my older brother and a friend. I was 17 years old. It was the summer of 1969, just a year after King’s murder and only four removed from the Selma-Montgomery march that played such a consequential role in enactment of the Voting Rights Act of 1965.

What’s odd to me now is that for all these years my memory of our brief stop in Montgomery that summer has been one image only — mugging for a photograph on the steps of the Alabama capitol, where then Gov. George Wallace vowed that in his state it would be “segregation today, segregation tomorrow, and segregation forever!” It was as if the only history that mattered, even for a “liberal” white teenager, was white history.

I think that Karenna, our granddaughter, came home with memories of a richer, truer history. What is now the Dexter Avenue King Memorial Church is just a block from those state capitol steps. Around the corner is Maya Lin’s Civil Rights Memorial. Four blocks down, opposite the old slave market and on the corner where Rosa Parks refused to give up her seat on the bus, you find the Rosa Parks Museum, a stunning multimedia representation of “ordinary people doing extraordinary things” in the bus boycott of 1955-56.

A couple of miles away, at the Dexter Parsonage Museum, you can tour the house where King and his family lived during their time in Montgomery, from 1954 until 1960. This is the parlor where so many of the boycott planning sessions took place, the office where he typed out his sermons and speeches, the kitchen table where he sat late one night, after another of the many death-threat phone calls he and his wife Coretta received.

I never knew until this week that this bridge, such a central part of our family history, was also part of a lynching story.

And lastly, those casket-like slabs at the new memorial on the hill overlooking downtown Montgomery.

Around the perimeter of the site are duplicates, one for each of the 800 counties where lynchings occurred. The aim is to send those slabs off, to each of those counties, as they erect suitable memorials themselves.

The slab that caught my eye was the one for Craven County, in eastern North Carolina, where my father grew up. The slab had the names of two victims. One was Percy Berry, who was killed on April 19, 1932, after refusing to give five white men $30. My father, now deceased, was 10 years old that spring. I wonder if he heard anything about Percy Berry at the time; I wish I had had the opportunity to ask.

The other name on the slab was John Moore. This case, it turned out, was even closer home.

Moore was arrested on Aug. 26, 1905, after allegedly beating and threatening to rob a white woman operating a country store, according to a reconstruction of the case published in 2014 by the New Bern Sun Journal. Shortly after midnight on Aug. 27, according to this account, a group of “roughly 100 masked and armed men” seized Moore from the jail, took him to the Neuse River Bridge, and lynched him from the upright “draw” of the bridge. They then riddled the body with bullets. 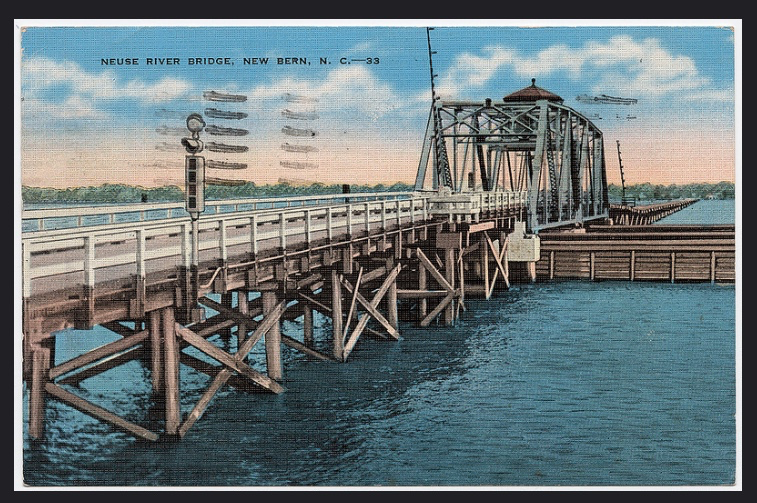 My great-grandfather, James Cahoon, was a blind schoolteacher who walked across that bridge every day on the way to work. In 1909, four years after the lynching, he walked off the bridge — to his death — when the operator failed to warn him that the draw was open. I never knew until this week that this bridge, such a central part of our family history, was also part of a lynching story.

“White” history, again. I’m grateful to Bryan Stevenson and EJI for bringing this fuller narrative alive for me — and to the many people in Alabama who have worked so hard to record, and share, their histories, too.

Determined to engage with these issues, the Pulitzer Center has commissioned a number of reporting projects on the consequences of mass incarceration, with PBS NewsHour and other media partners. We’ll be making this a focus of our educational outreach, in secondary schools and colleges this summer and fall and in the years to come. We’re grateful to the Art for Justice Fund and other donors for making this work possible.

This essay was originally published by the Pulitzer Center on Crisis Reporting.

Left: Markers display the names and locations of individuals killed by lynching at the National Memorial For Peace And Justice on April 26, 2018 in Montgomery, Alabama. Photo by Bob Miller/Getty Images

Jon Sawyer is executive director of the Pulitzer Center on Crisis Reporting, a non-profit organization that funds independent reporting with the intent of raising the standard of media coverage of global affairs and that also supports a broad range of educational initiatives. Sawyer became the center's founding director after a 31-year career with the St. Louis Post-Dispatch.