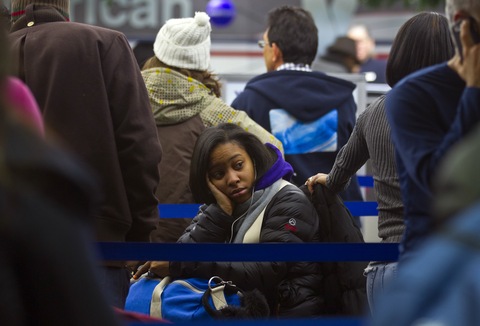 Transportation Secretary Ray LaHood announced Wednesday a bulked-up version of the “Passenger Bill of Rights” for consumers traveling by air.

The new set of protections is built on the first version that came out in 2009 and on flyers’ concerns since then. Last winter, a blizzard left thousands of passengers stranded on the tarmac at JFK International Airport in New York, some for up to 10 hours, prompting the Department of Transportation to bar domestic flights from lengthy delays on the tarmac.

DOT’s new rules extend last year’s decision to restrict tarmac delays to include up to four hours for international flights. In April 2010, the DOT issued a new rule allowing passengers to deplane and return to the gate in the event of a three hour or more delay, which has since eliminated nearly all major tarmac delays for domestic flights. Under the revised conditions, this rule also will apply to international flights delayed four or more hours. During a delay, airlines also will be required to provide water, food, and medical and bathroom access.

Other highlights of the changes, which take effect in August:

“Airline passengers have a right to be treated fairly,” said LaHood in a statement. “It’s just common sense that if an airline loses your bag or you get bumped from a flight because it was oversold, you should be reimbursed. The additional passenger protections we’re announcing today will help make sure air travelers are treated with the respect they deserve.”

For consumer rights groups, the changes are a step in the right direction. “I think more passengers will fly and just in hearing these protections, they will be encouraged to fly more,” said Kate Hanni, the president and founder of FlyersRights.org. “The flying experience has become untenable for people,” she said of airlines and the lengthy security process. “People love to travel; they just hate the getting there. Now that the government is stepping in, it’s more encouraging.”

The airline industry has said many of the changes already are in practice. In a statement, a spokesperson for the Air Transport Association said, “The airlines had already made many service improvements and many of the regulations merely formalize procedures that were already in place.

“ATA members are committed to continually improving customer service and continue to believe that market forces, not added government regulation — are a better approach to improving the customer experience.”