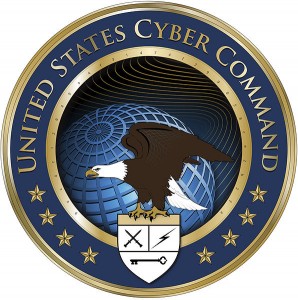 WASHINGTON – The Pentagon plans to more than triple its cybersecurity staff in the next few years to defend against Internet attacks that threaten national security, Defense Secretary Chuck Hagel said Friday.

Hagel’s comments at the National Security Agency headquarters in suburban Washington come as he prepares to visit China next week, where officials are likely to challenge him amid reports of aggressive U.S. cyber spying.

“The Department of Defense is on its way to building an elite, modern cyberforce,” Hagel said in a speech at the retirement of Gen. Keith Alexander as head of the U.S. Cyber Command and NSA. “This force is enhancing our ability to deter aggression in cyberspace, deny adversaries their objectives, and defend the nation from cyberattacks that threaten our national security.”

The Pentagon has been recruiting outside talent for the work as well as encouraging people already in the military to train for the jobs. By 2016, the Pentagon should have 6,000 cyber professionals, Hagel said. That compares to some 1,800 by the end of this year.

“Our nation’s reliance on cyberspace outpaces our cybersecurity,” Hagel said. “Our nation confronts the proliferation of destructive malware and a new reality of steady, ongoing and aggressive efforts to probe, access or disrupt public and private networks, and the industrial control systems that manage our water, and our energy and our food supplies.”

He said government and private businesses have a far better grasp of cyber threats than they did a few years ago, thanks in part to Alexander’s work as the first commander of Cyber Command.

Noting President Barack Obama’s announcement Thursday on reforms to the government programs that have swept up data on Americans’ phone calls, Hagel said: “We will continue to engage in a more open dialogue with the American public.”

Obama asked Congress on Thursday to end quickly the government’s bulk collection of phone records under reforms he hopes will address privacy concerns while preserving the government’s ability to fight terrorism.

The U.S. accuses China’s army and China-based hackers of launching attacks on American industrial and military targets, often to steal secrets or intellectual property. China says it faces a major threat from hackers, and the country’s military is believed to be among the biggest targets of the NSA and U.S. Cyber Command.

Pending Rogers’ confirmation, the current deputies of Cyber Command and the NSA, Lt. Gen. John Davis and Richard Ledgett, respectively, will be in charge.